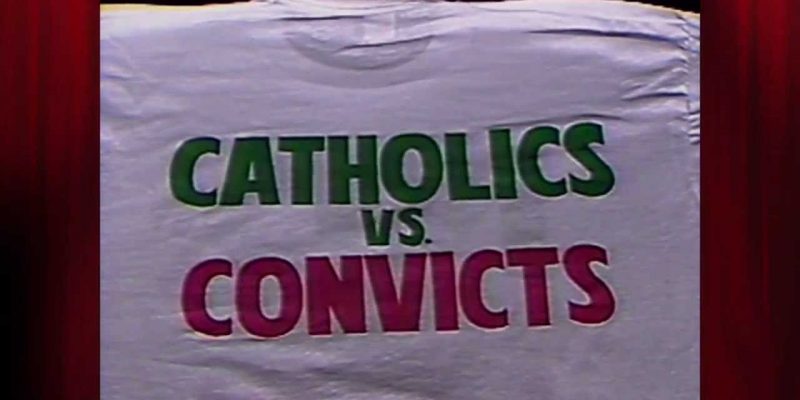 Anyway, point is, I miss the game. I have to watch and re-watch SportsCenter highlights just to absorb all of the greatness I can. Mom asks me why I keep watching the same thing over and over, but I really don’t have an answer for her. I see Miami head coach Jimmy Johnson say “We always play to win” after the game, and even though I’m glad he lost, I decide I will always play to win as well. I like that.

Or maybe I’ll just learn how to skate first.

Miami entered the game in South Bend ranked No. 1 and on a 36-game winning streak, including last year’s national title game. They hadn’t lost a regular season contest since 1985. Notre Dame and Miami hate each other like the Lakers and Celtics. The intensity was thick even before the game. They collided and tussled in the tunnel while returning to the locker room after warm-ups. I wonder who would have won in an all-out brawl. It was a clear effort by Miami to intimidate, but fourth-ranked Notre Dame wasn’t backing down. Maybe Miami shouldn’t have started it. Maybe they wouldn’t have turned the ball over seven times. Maybe they would have actually won on the scoreboard where it counts.

In the end, the good guys did win where it counts, 31-30, when Coach Johnson refused to go for the extra point after a touchdown with under a minute to play. He rejected the likely end-game tie, going for the two-point conversion and victory instead. And when Irish safety Pat Terrell bat-ted down quarterback Steve Walsh’s pass in the endzone, it was bedlam in that stadium, just like it was a week ago with LSU.

The best SportsCenter highlight is Pat Terrell inter-cepting a pass in the second quarter and running it back for a touchdown, and him strutting up to the camera with his No. 15 jersey tied in a roll. I hope one day I have the same opportunity to be so cool and intimidating. I yell at my mom to come see it the fourth time it plays, and she pretends to think it’s awesome too. “He plays to win,” I tell her.

“If you want to win you need to turn that TV off and go practice dribbling with your left hand.”

Coach Mom. I do what she says. She wouldn’t have kicked the extra point for a measly tie either.