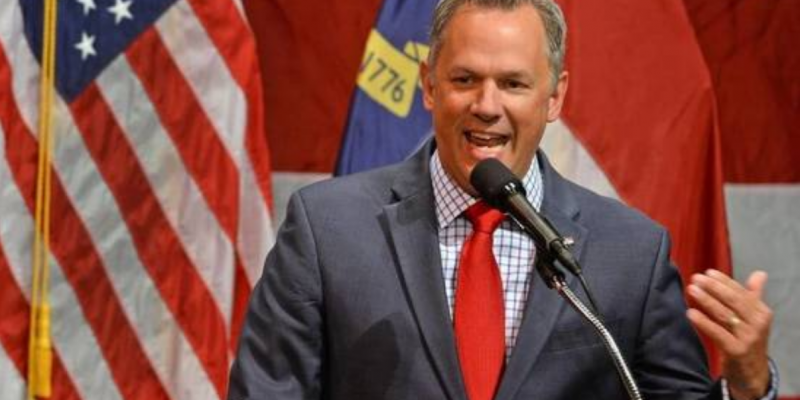 Cooper was first elected in 2016 before serving as the state’s attorney general for 15 years. He also worked in the North Carolina General Assembly as a state representative and senator.

Cooper is facing a strong backlash after he vetoed the state’s 2019-2020 budget in a move that goes against Republican-led fiscal responsibility.

Forest, a political novice before he was elected as lieutenant governor in 2012, helped flipped the state executive offices from blue to red with former Republican Gov. Pat McCrory.

Forests has sought to reject identity politics, which he says only seeks “to divide people and inflame public discourse.” He’s focusing on education freedom and economic opportunity through entrepreneurship and innovation.

“We have some great people in the state and really creative, innovative minds,” Forest said Tuesday night at GOP headquarters. “And we need to bring those people together. Cast a vision. Put together a plan. Put together a great team, and figure out how to go tackle those things that our state faces, and in so many ways.”

Interested in more national news? We've got you covered! See More National News
Previous Article Bloomberg drops out after only being in Democratic race for months, wasted $800 million of his own money
Next Article With Bloomberg Out, Is It Time For Operation Chaos?