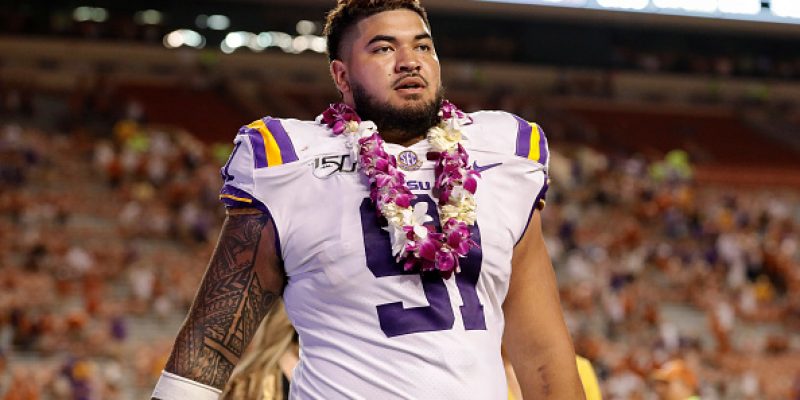 In Hawai’i, family isn’t just an unreachable ideal or a matter of genetic connection. Their word for family is “Ohana,” and it relates neighbors and friends into a larger circle than most Americans don’t understand. It creates a much closer network and community.

On Saturday, Fehoko took action in defending the bond of the biggest family of them all–the human race–when a Twitter poster wanted to make a race issue into New Orleans Pelicans’ rookie Zion Williamson‘s decision to pay the next month’s wages of all Smoothie King staff members:

Don’t make this about race. For once just enjoy the blessings this man giving out during a time like this. Don’t do it for social media. https://t.co/pdNqfImBdK

Leave it to the world of social media to figure out a way to make the coronavirus story into a race story.

Clearly, Fehoko gets it. This is not a time for race-baiting politics. It is a time to celebrate a single humanitarian effort by a rising sports star in New Orleans.

Moreover, Fehoko pointed out that Dallas Mavericks owner Mark Cuban, a white man, is doing the exact same thing in his city.

Besides his outstanding play on the field, Fehoko was known to perform the Haka Dance outside Tiger Stadium before football games–with his family. The dance is a cross-cultural spiritual ritual, done with reverence and significance. For the Fehoko family, it is a deep and meaning part of their heritage.

“It is a sacred dance. LSU is sacred ground. We try to express the meaning for the fans, and people that may not know the significance,” said Vili Fehoko, Breiden’s father.

Here is Breiden’s final Haka Dance with his family, performed before the Texas A&M game in November:

Fehoko transferred to LSU with two years of eligibility remaining. Head coach Ed Orgeron, besides demanding absolute excellence from everyone involved in the program, also preaches togetherness, the “one team, one heartbeat” mantra, that the LSU Tigers are one big family that sticks up for each other.

It made an impression on the Texas Tech transfer, Fehoko.

“Coach O is really like a second father when I walk in this building,” Fehoko said. “He’s always going to keep it real with me. Coach O’s never steered me wrong. He’s never told me anything that I wanted to hear. He’s always told me things I didn’t want to hear, and that’s what you want to coach. And it goes for everybody below Coach O to the rest of the coaches. Coach (Dave) Aranda, Coach (Bill) Johnson, Meatball (Dennis Johnson), they’ve all told me things I don’t want to hear, but it’s to make me better. It’s made me a better player since I’ve been here. And for me, it’s raised my level of play, and I’m forever grateful LSU for that.”

Fehoko is part of the LSU family forever. Nothing means more to him than that. Things like race and ethnicity don’t matter to people like the Fehokos. It shouldn’t matter to anyone, especially in the middle of a very difficult time in our nation’s history, when we really need to be pulling together, not pushing apart.

As honorable as the Haka Dance is, Fehoko proved that his variety of honor is more than just an external ritual when he defended the biggest family of them all yesterday.