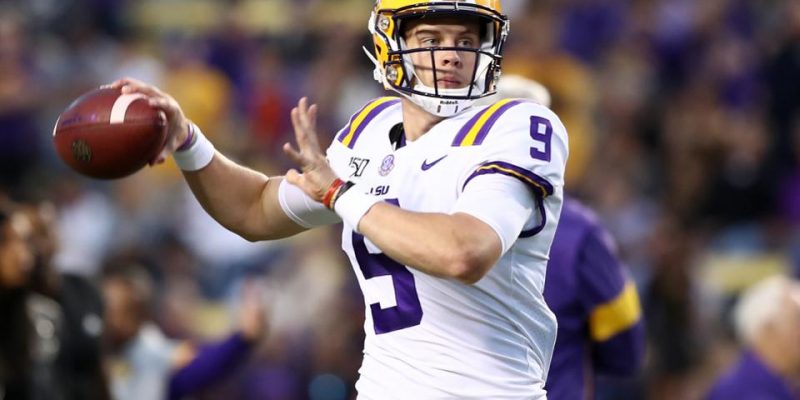 Joe Burrow, now former LSU quarterback of course, will go down perhaps as having the single greatest season as a college quarterback in the history of the game.

Everyone knows that. It is the primary reason he will be the No. 1 pick in the NFL draft–whenever that little plague called the coronavirus allows it to happen.

Being an LSU alumnus does not mean, however, that he is done with his Tiger teammates. It doesn’t mean he is done being a team player.

And this is reason number two, maybe even a very close second to his stellar talent, that is making NFL coaches drool over the possibility of having him quarterback their team for the next twelve years.

This story I heard today from an #LSU staffer is a good window into why coaches love Joe Burrow so much. pic.twitter.com/UDQzj2rjj4

Of course there are the virtue signalers in the comment section calling Burrow’s viewpoint “myopic/ignorant” to a “global health casatrophie [sic] that continues to develop,” and other holier-than-thou things like that.

And while others are free to choose what opinions they share on social media, so is Burrow for recognizing the opportunities for his former teammates, not for the world to see on social media, but behind the scenes to an LSU staffer.

Perhaps it is Feldman who was wrong for posting it. Or maybe he had permission. I don’t know.

Clearly it meant a lot to the defensive tackle from Honolulu, who has on his Twitter profile page, “There is no respect for others without humility in one’s self.”

Joe Burrow is the slam-dunk No. 1 pick in the NFL draft. Coronavirus notwithstanding, it still shows something about his character, what he is hoping still happens despite the mass panic storming around us.

The bottom line is that Burrow is doing what he did for two years at LSU–fight for his teammates, fight for someone other than himself, and if that somehow incidentally suggests that maybe he’s not seeing the bigger picture with the coronavirus issue, so be it. Players like Burrow are a great reminder that amidst a world of all-out efforts to win a ballgame on the scoreboard, there are still opportunities out there to show you give a damn about the next guy. And for that, despite the fact that Pro Day will likely not happen despite Burrow’s best efforts, the small-town guy from Athens, Ohio should be applauded. The situation does not have to be black and white, rarely does.