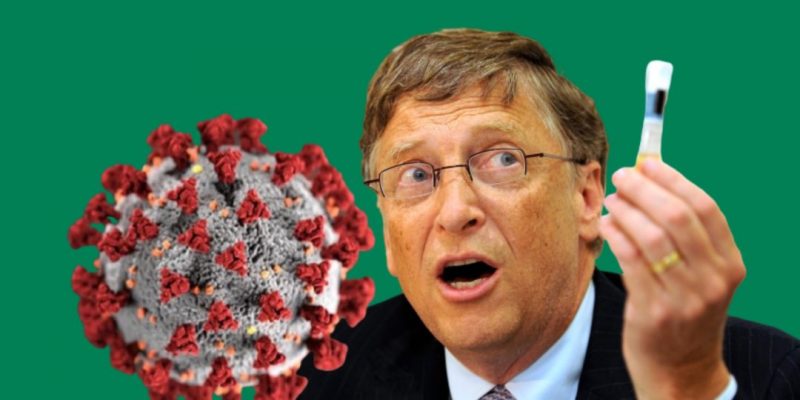 No one died and made Bill Gates the authority on our health decisions but you wouldn’t know it by the way he talks about tracking the health status of every man, woman, and child in America.

The billionaire philanthropist is reportedly funding more than a handful of vaccine trials.

“Digital Certificates” is what they’re being called, a government-mandated document that will tell the authorities if you are immune, vaccinated, or unvaccinated for COVID-19.

Gates says, “Eventually we will have some digital certificates to show who has recovered or been tested recently or when we have a vaccine who has received it.”

Sounds like a sci-fi movie, doesn’t it? But it’s exactly what’s being proposed by Bill Gates and even advocated for by America’s top immunologist, Dr. Anthony Fauci.

Gates says that things like sporting events and public schooling may not return “at all” until such a time that we have widespread vaccinations saying, “Things won’t get back to normal until we have gotten a vaccine out to the entire world.”

Dr. Fauci told CNN last week that the controversial policy “might have merit”. Meanwhile, U.S. Attorney General Bill Barr told Laura Ingraham that he would be “very concerned” about the implications such a mandate would have on civil liberties.

Calls for Fauci’s resignation or firing have grown in recent days after the number of COVID-19 cases, hospitalizations, and deaths were gravely overestimated.

While being interviewed by CNN’s Jake Tapper on Sunday, Dr. Fauci made what might be a fateful public statement when he said that more lives could have been saved had social distancing measures been implemented sooner.

The media were (of course) quick to use the quote to cast blame on President Trump whose supporters reminded Dr. Fauci that he was the expert advising everyone that COVID-19 was not a threat.

President Trump fed the rumor mill, possibly unintentionally, by retweeting such a post which also included the hashtag “#FireFauci” at the end.

The tweet has sparked widespread speculation this morning that the working relationship between Dr. Fauci and the President may be coming to an end.

Dr. Fauci has also advocated for extending lockdown measures as long as necessary (even 12-18 months) while waiting on a COVID-19 vaccine. Fauci is serving his 35th, and possibly final, year as the Director of the National Institute for Health (NIH).

Interested in more national news? We've got you covered! See More National News
Previous Article APPEL: A Pep Talk From Pattie
Next Article The Calls For An End To JBE’s Shutdown Are Starting To Come In…