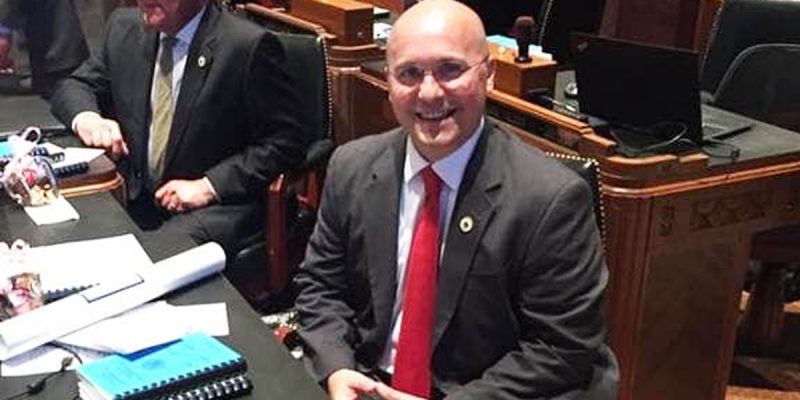 This morning we had a post talking about the letter that State Rep. Danny McCormick (R-Shreveport) released to his colleagues and the public calling for an end to the economic shutdown Gov. John Bel Edwards is imposing on the state of Louisiana as a response to the Wuhan virus. As we noted Friday, the primary justification for the shutdown was to protect the state’s health care system from being overwhelmed by virus patients, and that justification is no longer valid, if it ever was, because it’s now unmistakably clear the system will not be overwhelmed.

McCormick might have been the first to openly call for a halt to the shutdown at the end of April, but he’ll hardly be alone. Today he was joined by State Rep. Mark Wright (R-Covington), who said the statewide stay-at-home order in place for the last month must end on April 30.

“Our economy cannot sustain an extension of this order,” Wright said.  “I respect and commend Governor Edwards’ efforts to protect the people of Louisiana, and I commend our healthcare professionals and the people for doing their part to reduce the spread of COVID-19.  But, at the end of the day, we cannot continue with these drastic measures as unemployment soars and countless small businesses close their doors permanently. Two of our largest economic sectors – tourism, and oil and gas – have been wiped out, with little hope in the near future. Our state faces an economic abyss that will challenge us for years. Let’s put our faith in our people and give them a fighting chance to recover.

“At this point, those who are most vulnerable are aware of their risk factors and can make their own choices,” Wright said.  “We should continue to follow CDC guidelines, but also follow our neighbors in Texas and Oklahoma in opening, while maintaining social distancing when possible and washing our hands frequently, of course.  We should continue to support leaders at all levels in their work to conquer this pandemic.  But the time is coming when our current state of existence will be untenable.  On May 1, we must begin opening as much as possible.”

In Texas, they’re about to reopen the state starting today while Edwards is still talking about keeping Louisiana closed through May. The economic implications of such an eventuality could be utterly catastrophic for Louisiana’s outmigration problem, among other things.

Wright and McCormick are only two of a great many state legislators who have signaled they won’t stand for that kind of prolonged damage.