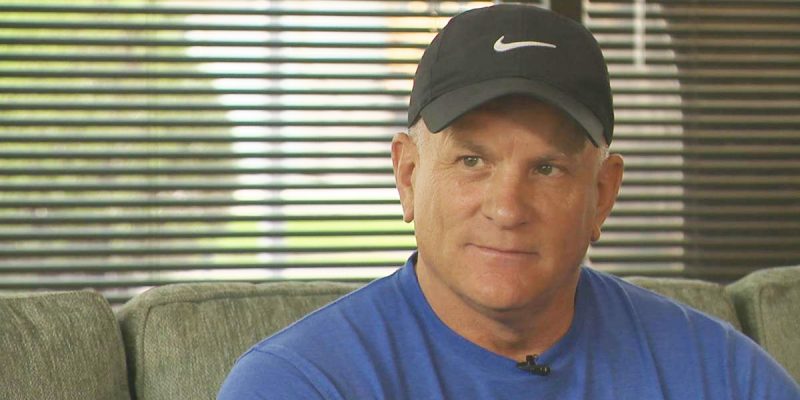 If you didn’t see this over the weekend, McCormick is the freshman state representative from Shreveport who sent out a letter to his colleagues Thursday urging them to come together to end Louisiana’s economic shutdown.

That letter has become something of an online sensation in the last couple of days. 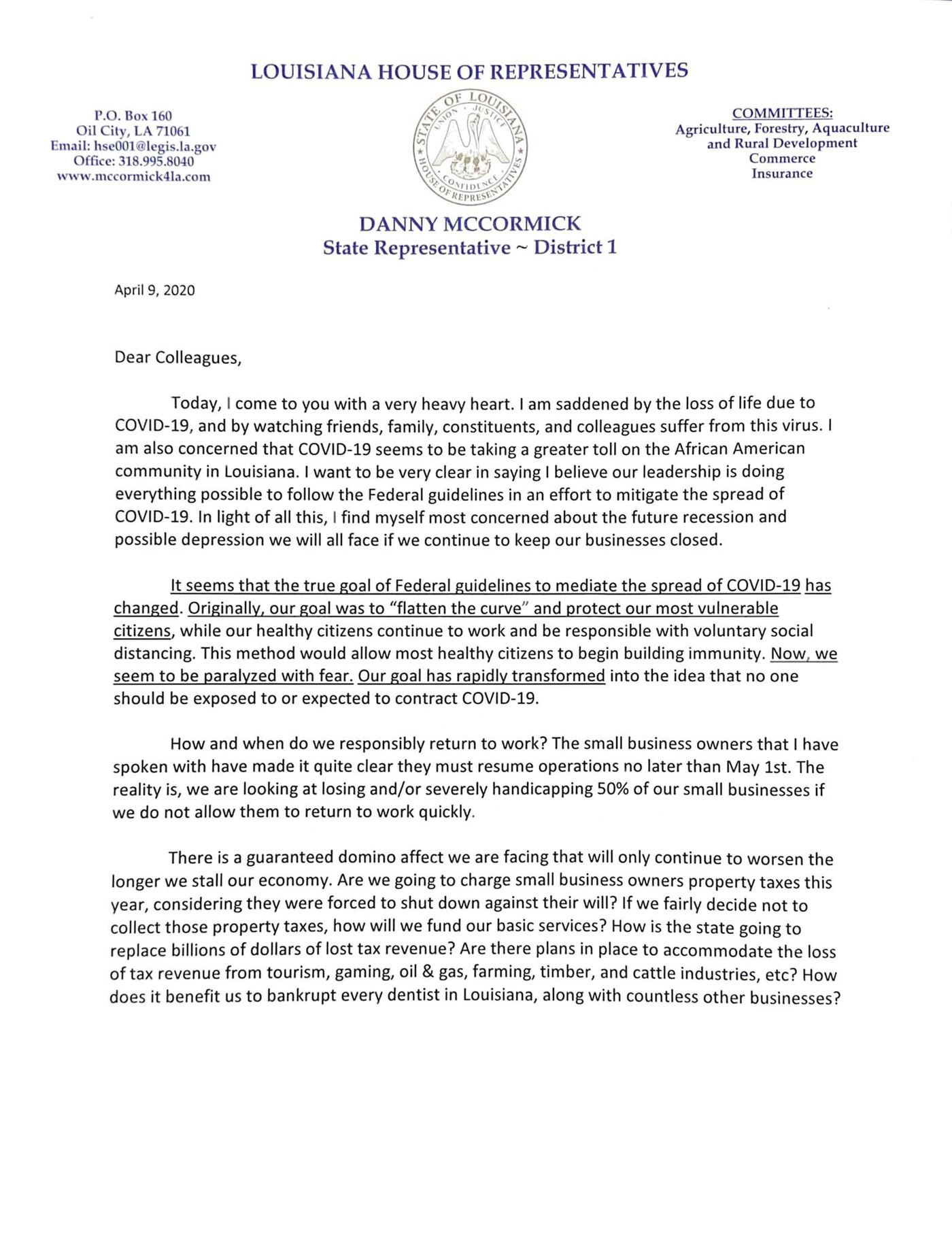 McCormick’s sentiments are anything but uncommon. We’ve been talking with a lot of his colleagues in the past week, and they’re all of the same mindset. So much so that it’s likely a joint statement of the House and Senate Republican delegations will be coming today on the subject.

1. The legislature wants to resume its 2020 regular session no later than May 4, as we understand it. May 4 is a Monday; were May 1 not a Friday, when they normally wouldn’t be in session, they’d go back on that date. Legislators we talked to want to get back into session as a signal to the state the shutdown is over.

2. By a majority vote the legislators can override Gov. John Bel Edwards’ executive order creating the shutdown, and this has been discussed. Last week when Edwards openly discussed keeping it going until the end of May, because, he said, all the data models he’s relying on require social distancing through next month, that did not sit well with the legislators we talked to. At all.

4. What we would expect is the statement would at least echo what McCormick said, which is that Louisiana’s small businesses can’t survive any more time in lockdown without permanent damage resulting. If we could make a suggested addition to that point, it’s this: all of these small business owners who have been put out of action, and all of the productive citizens whose jobs have gone up in smoke, are now essentially free agents. They’re losing everything and they’re faced with starting over. Lots of them have stayed in Louisiana because they have a job or business here, but if that job or business is gone, there is absolutely nothing to stop them from packing up what they have left and lighting out for Texas, Florida, Tennessee, Georgia or some other greener pasture. Edwards oversaw the net outmigration of 100,000 Louisianans in his first term; if he strangles what’s left of Louisiana’s economy through the end of May it might not be a surprise to see that number double just this summer.

The sense of desperation emanating from McCormick’s letter isn’t unwarranted. He’s precisely correct that Louisiana’s economic lockdown is a clear danger to the viability of its business community. As we said Friday, it’s now clear, even if it wasn’t clear before, that the state’s healthcare system will not be overwhelmed by the Wuhan ChiCom virus – and prudent leadership would require that as soon as that is clear the lockdown must end.

If the legislature has to overrule the governor in ending it, so be it. Good for McCormick in getting this out in the open.