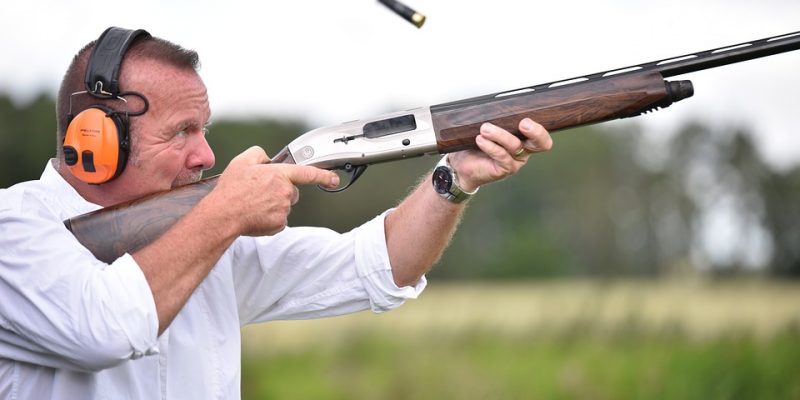 While the great majority of the U.S. is under various local and state directives to stay home and reduce economic activity, Congress is apparently not on hiatus.

While roughly 16 million Americans are out of a job due to responses to the coronavirus/COVID-19 contagion, a sweeping bill to restrict gun rights and firearm and ammo sales is slowly making its ways through the backchannels of the U.S. House.

Democratic U.S. Rep. Hank Johnson‘s H.R. 5717 – the “Gun Violence Prevention and Community Safety Act of 2020” – would mandate universal background checks of public and private sales, seven-day waiting periods, the definition of an assault rifle extended to every semi-automatic firearm, stringent “red flag” requirements, and even a licensing requirement to purchase guns or ammunition.

To say it’s wide-reaching is an understatement. Rather, the bill reads as a manifesto of every major policy objective anti-gun activists have reached for over the last several decades. At least one gun rights organization has dubbed it “gunpocalypse.”

Rep. Johnson’s bill introduced in January, is another of many “assault weapons” bans – a concept bolstered by the Supreme Court’s Remington v. Soto decision in December which allowed for a return of consumer lawsuits that amount to a “de facto” ban on automatic rifles such as the venerable AR-15.

Johnson’s bill would make it illegal “to import, sell, manufacture, transfer, or possess, in or affecting interstate or foreign commerce, a semiautomatic assault weapon.” What kind of “semiautomatic assault weapon” you might ask? The bill defines the term as any firearm with the functionality of accepting a detachable magazine and featuring either a pistol grip, forward grip, grenade launcher, barrel shroud, threaded barrel, or a folding, telescoping or detachable stock.

Background check requirements are strengthened, including the introduction of “red flag” processes. Heavy taxes would be imposed, including a 30 percent tax on firearms and a whopping 50 percent levy on ammo.

In addition, the bill seeks to require state law enforcement authorities to be notified when a background check is denied, also requiring state attorneys general to submit annual reports to Congress highlighting the number of background check denials.

The bill would also require all gun owners, regardless of model or year, to obtain a federal firearms owner’s license, while grandfathering previous purchased firearms. And only one firearm may be purchased per 30-day period.

The ban has a few noteworthy exceptions. Law enforcement officers would not need a license and may carry semiautomatic firearms, as can those providing security at “critical infrastructure” (think public sports arenas or power plants). And unlike a recent European Union directive, permanently inoperable firearms with bolt, slide, lever, or side action that has been fused shut is exempt, as are antinque guns.

Does it have a shot?

Gun rights activists, including the Military Arms Channel’s robust Facebook community were early on the scene to sound the alarm, were followed by Gun Owners of America and the National Rifle Association. Campaigns are underway asking their constituencies to call the congressmen in an attempt to stop this bill in its tracks. Fortunately for gun rights supporters, the tracks are not very deep.

But here’s where an othewise doomed-from-the-start gun-grabbers-fantasy bill may have gained some unprecedented traction: Rep. Johnson, a Georgia Democrat who sits on the House Judiciary Committee, was joined by then-Presidential contender Sen. Elizabeth Warren, D-Mass., who introduced in February her version of the bill, S.3254. The Senate bill gained some noteriety during Warren’s stump speeches. She dropped out of the presidential race on March 5, but was in long enough to shine a spotlight on the bill.

“The Gun Violence Prevention and Community Safety Act will save lives and make our country safer – without infringing on any law-abiding individual’s right to own firearms,” Johnson said in a press release. “This comprehensive bill is a compilation of the best ideas to create a workable set of laws that will strengthen life-saving background checks, protect communities with bolstered enforcement, improve mental health services and fuel research to make guns safer.”

Despite the fanfare on the Left, the bill has not cleared any chamber and has gained 18 co-sponsors out of 435 members of Congress. Prominent sponsors include Democrats Rep. Joseph Kennedy of Massachusetts, Rep. Mike Quigley of Illinois, Rep. Anthony Brown of Maryland and Rep. Joseph Morelle of New York. As of the time of writing, no Republicans are supporting the bill.

Such legislation has a precedent in recent history. Congress passed a 10-year assault weapon ban in 1994 with the blessing of President Bill Clinton that was in place for a decade. Another sweeping ban was proposed in 2013 after the Sandy Hook mass killing but failed despite the backing of the Barack Obama Administration.

Like Rep. Cicilline’s bill, Johnson’s legislation also faces high odds. But there are a few paths forward for the bill (or at least parts of it):

As Sen. Warren told NPR about the bill before suspending her presidential bid, “You’ve got to start with a goal. I haven’t heard anybody else talk about a goal.” If we take the bill at face value, “gunpocalypse” is less about realpolitick and more about setting an agenda for future administrations and congresses. We can all dream, can’t we?

This article is also scheduled to appear in International Sportsman.