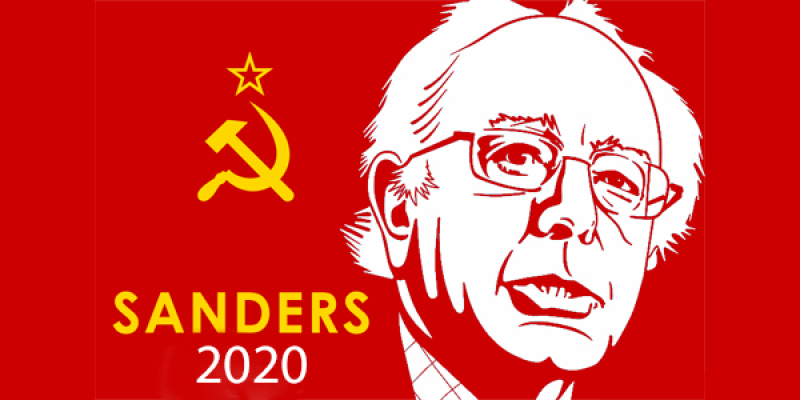 And then there were two, or so we are led to believe. On the face if it, the withdrawal of Bernie Sanders from the race leaves only former Vice President Joe Biden in the running for the Democrat Party’s nomination for President. However, Senator Sanders withdrawal from the race came with an asterisk, or two.

First, the Socialist Senator’s own words: “The path towards victory is virtually impossible. If I believed we had a feasible path to the nomination, I would certainly continue the campaign, but it’s just not there.” He went on to say that Biden was ”a very decent man”, but pointedly did not endorse him; furthermore, the Senator went on to say that his name would remain on the ballot so that he can gain more delegates and “exert significant influence” on the Democratic platform.

Now it is traditional in most late intra-party primaries for the losing finalist to whole-heartedly endorse the winner, but then the two finalists in the Democrat Party’s presidential primary were not both Democrats. Just as in 2016, one of the finalists was a lifelong Socialist. The party and the loser usually make strenuous efforts to remove the loser’s name from the ballot, where state law allows. That is apparently not happening here.

Let us recall that Senator Sanders won no less than twenty-two Democrat state primaries in 2016. He would almost certainly have won the Democrat nomination for President that year but for the covert, unethical, and probably illegal machinations of the party elders (read ‘super-delegates’) who handed the nomination to Hillary Clinton. He was once again ahead this year until the Democrat party elders, for the most part the same gang which orchestrated his defeat in 2016, made common cause in unseemly haste to derail his candidacy in 2020. Just like 2016, the fix was in in 2020, but the Socialist Senator will have the last laugh.

Because there is a good reason for his rather odd leave-taking- by his own words, Sanders will continue to use his influence and that of his supporters to force the Democrat Party ever leftward. This has already happened, of course- think of the budget blasting Medicare for All, the abhorrent calls for abortion on demand without limit, the economy-destroying Green New Deal, and the proposed withdrawal (read ‘collapse’) of American power abroad, all of which policies a majority of Democrats now espouse. Yet apparently the Socialist Senator thinks there is even more work to be done.

And the Democrat Party will continue to listen to him attentively. We have none other than former Vice President Biden’s own words as proof of this: “Bernie is one of probably a half-dozen people in American history who may not be the nominee but has had an impact on American politics in a significant way, in a positive way.” In all of American history, really? A “moderate” Democrat would never have said this, but then there are precious few moderates left in the Democrat Party anyway.

Only a man who has disavowed almost all of his political career and adopted radical agendas to placate the new Progressive-Socialist Democrat Party could say what he said with a straight face, but of course there is such a man in the race for President of the United States of America. His name is Joe Biden and God help us if he were ever to be elected to anything else.