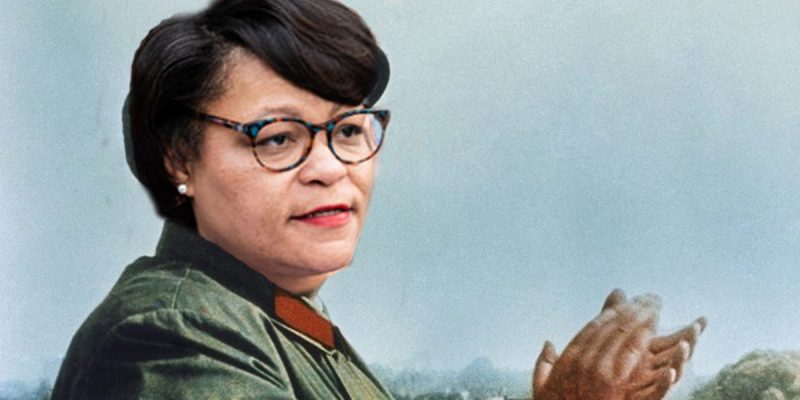 Yes, yes – we pledged to call her LaKaren Cantrell from now on and we’ve broken that pledge. Our apologies. Having said that, we will claim credit for having been spot-on correct in recognizing her “COVID-19 checkpoints” for what they were – a targeted abuse of police power aimed at Jefferson Parish in retaliation for the impetuousness of Todd Murphy, the head of Jefferson’ Chamber of Commerce, in sending her a letter daring to criticize her unilateral decision to shut down New Orleans’ tourist economy for the rest of the year.

Cantrell said she was going to have the New Orleans Police Department set up roadblocks to check for seatbelt usage and other petty regulatory infractions, and to disseminate “information” about the virus and the city’s response. What this really amounts to is a stepping-up of a police abuse that has been going on for some time, namely that the NOPD harasses drivers coming in and out of Orleans to and from next-door Jefferson, where the majority of the residents are wealthier, and whiter, than those in New Orleans. Politicians in the Big Easy have been forever scheming-up ways to dig into the pockets of suburbanites they’ve chased out of Orleans Parish with crime, poor infrastructure, uncompetitive tax policy, nonstop race-baiting and wide-open political corruption, and the easiest of those schemes to install is the use of NOPD as a ticket-writing service.

Given that history it was easy to recognize the announcement of those checkpoints as a declaration of war against the white businessmen to the west. And now we have a first-hand account from the battlefront – here’s an anonymous account from a Hayride reader which came in yesterday…

Yesterday afternoon I was driving up Tulane Avenue from my French Quarter home towards Metairie.  Lo and behold there were five NOPD cruisers and eight police officers stopping Jefferson Parish-bound traffic.  The officer instructed me to stop, looked down at me (obviously seeing I was wearing my seatbelt) and in a stern voice told me to roll down my window.  I complied.  He asked if I knew that there was a stay-at-home order.  I said “yes.”  He asked why I wasn’t at home.  I said I have a constitutional right to travel.  He mumbled something under his breath and waved me through.

This begs the question:  if the stated purpose is seatbelt enforcement, and him clearly being able to view my properly in-use seatbelt, by what authority does he have to order me to stop and question me about an unrelated virus order (whether the stay-at-home order is valid is a topic for another day)?  The answer is “he doesn’t.”

You see, once the justification for the detention no longer exists, the government’s detention must end.  Here the stated justification is a seatbelt check.  (Never mind that New Orleans East is clearly out of control; the French Quarter is overrun with rats and criminals; and the NOPD is for all intents and purposes nonfunctional.). Now LaToya’s minions (Shaun’s police officers) are trampling on one of the little rights we the people have left, and under the color of law nonetheless.  That means the City of New Orleans is depriving us of our civil liberties, nay, rights under the color of law!  Sound familiar?  How about we don’t exchange our freedom for safety – seatbelt safety! Sic semper evello iuris tyrannis! Don’t let her turn the constitution into Charmin.

Our correspondent is a former law enforcement officer. He’s not a crank.

What ought to be understood here is that while Cantrell is at fault for abusing the police in this manner, NOPD’s leadership is very much to blame for allowing that abuse. In Michigan, four sheriffs have openly told that state’s mouth-breathing imbecile governor Gretchen Whitmer to get bent following her decrees banning Michiganders from visiting their own property inside the state. In Washington, Snohomish County sheriff Adam Fortney announced he wasn’t enforcing any more shutdown orders from that state’s governor Jay Inslee. And in Houston, this happened following the announcement by its clown county judge Lina Hidalgo mandating everyone in Harris County wear a mask in public…

HPOU response to @LinaHidalgoTX draconian mask order: “Now we want to be very clear, HPOU believes everyone should be wearing a mask in public, in order to protect themselves from the virus and we are encouraging all of our officers to wear a mask. However, we draw the line…” pic.twitter.com/XbphfNYHii

The point being that law enforcement officers, who are supposed to be well-schooled in the Constitution and the protections it affords as a prerequisite to holding their jobs, ought to be a bulwark against the caprice and abuse of idiot elected officials like LaKaren Cantrell, and there are lots of examples where the cops have said “No, we’re not doing that.”

But not in New Orleans. In New Orleans it looks like blind allegiance to an abusive petty tyrant.

The war against Jefferson is on. Will Jefferson fight back?