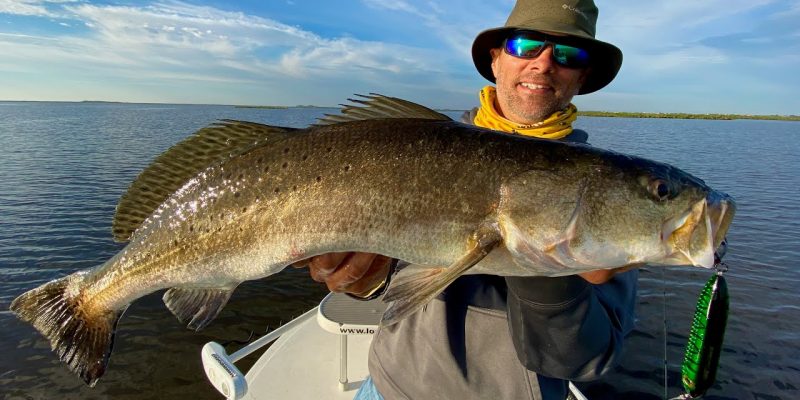 I’ve had the fortune of covering Ty Hibbs since he was a teenager and I was a reporter for The (New Orleans) Times-Picayune. It was obvious, even back then, that Hibbs had “it.” Lots of people love to fish, but few are so exceptionally good at it that they impress a grizzled old reporter, especially at such a young age.

I could see that Hibbs didn’t just go somewhere hoping to catch fish. He studied the species he targeted, and adjusted constantly to changing conditions — even within a particular day — to follow the fish and give himself the best chance of success.

In the years since I first met Hibbs, he’s used those skills — both innate and honed — to build a successful guide business, toting tourists into the shallow marshes, where redfish feast and feel safe from predators.

That’s his vocation, but as an avocation, Hibbs also loves to target speckled trout on topwater plugs, and so with this week’s cool front, he suspected the specks would be inspired to look toward the heavens for some meals. Though he and I were planning to chase shallow reds on Thursday, Hibbs suggested we first take a diversion into the trout grounds and see if we could draw any blowups on our Matrix Mullets.

I’m extraordinarily glad he did.

My first cast resulted in three blowups, and although the action didn’t stay that frenetic, the short venture culminated with me catching the largest speckled trout I’ve run across in at least a decade of hardcore fishing.

Check out the video below to see all the details.

Like the video? Please give it a thumbs-up, and subscribe to the Marsh Man Masson channel on YouTube. Also, leave a comment below or on the YouTube page. Have you caught any big speckled trout this spring? Are you having success with topwater baits?

Interested in more news from Louisiana? We've got you covered! See More Louisiana News
Previous Article HOSTILE NEIGHBOR: Top Asian Cardinal Has Strong Opinion on Communists and Virus
Next Article TRUTH IS OUT: Revisiting the NOLA Woman Who “Died Before Virus Test Results”