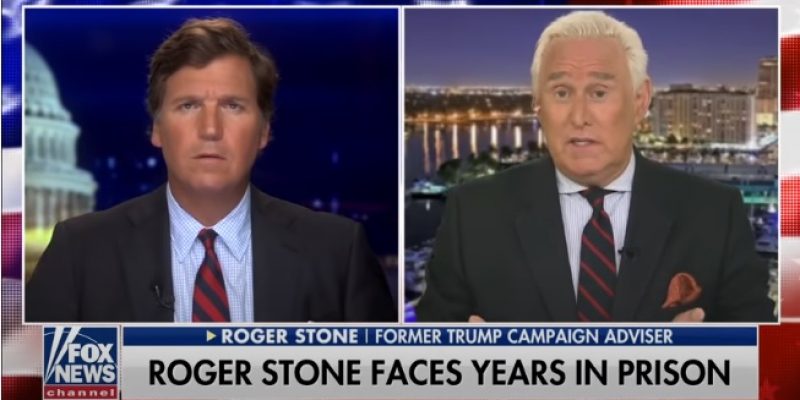 For those that have been following the legal case against Roger Stone, only the biggest news story before the COVID-19 lockdown, it comes to surprise that Judge Amy Berman Jackson rejected Roger Stone’s motion for a mistrial due to jury misconduct and pre-determined bias. Stone was also ordered to surrender to Federal Officials   two weeks after ruling to report to prison. This at a time when the Federal Prison System is releasing inmates that are considered high-risk of catching COVID-19.  Also of interest is was Roger Stone was no longer bound by the gag order. A gag that was so severe it prevented Roger from posting anything on his personal social media, have his family and friends from acting as segregates, and limited what he could say in public as well as interviews. After the gag order was lifted Stone quickly posted many things on his social media accounts, ranging from one of his favorite pasta dishes on instagram to about his case, the first he was publicly allowed to in 16 months.

Stone also granted his first interview un-gagged to Tucker Carlson after granting long-form interviews in the prior weeks to Independent Journals while he was still under the gag order. Because of a tight show format Stone’s interview was limited to only around three minutes, but Stone and Carlson had a lot to say. Carlson led of the interview stating that rapists and child-abusers are being let out of jail because of COVID-19 and that the one person who’s going to jail during the COVID-19 outbreak is Roger Stone also asking why hasn’t he been pardoned. Stone Responded that he was hopeful to be granted a new trial due to blatant jury misconduct which goes against a precedent set by the US Supreme Count stating that all defendants are entitled to a jury that is impartial and indifferent.  On the contrary, Stone’s Jury Forewoman outright attacked Stone and President Trump in social media showing outright bias against Stone as well as lying about said bias in jury selection. Instead The Judge is ordering Roger to report to prison in two weeks which as Roger Stated, he is “67 years old with underlying health problems including a history of asthma” Stone believes “with the Corona Virus that the prison sentence would be “essentially a death sentence”

Carlson agreed stating that The Justice Department already ruined his life, that they want to lock Stone away for the rest of his useful adult life. Carlson also stated this is the most corrupt criminal proceeding he witnessed and that “Bob Dylan should be wring a song about Roger Stone right now” and that Stone can’t get a pardon because “his crime was worse than raping someone, because he supported Trump” Stone Answered he’s not bitter about so far not getting a pardon and that this interview was the first time in 16 months he was allowed to speak about his case and defend himself publicly. Stone also said he was targeted for prosecution not for covering up for The President but for refusing to bearing false witness against The President.  Stone concluded the interview that he was praying for justice and mercy and said his fate is in God’s hands.

After the ruling numerous prominent pundits including George Washington University Law Professor Jonathan Turley tweeted about Stone’s cases stating it “makes a mockery of the guaranteeof an unbiased jury” and that Judge Jackson “does not seriously question her political bias” Stone confidant Kristin Davis called out the Judge ordering Stone to Prison during the peak of the COVID-19 outbreak. Even President Trump retweed a tweet by Charlie Kirk that called the trial rigged. The President’s comments called it a “disgraceful situation” So the question is why has President Trump yet to issue a pardon for Roger Stone? Probably has do with his Son-In-Law Jared Kushner telling him not too.

Interested in more news from Texas? We've got you covered! See More Texas News
Previous Article Texas posts a combined corporate tax rate of 21 percent, tied for lowest in U.S.
Next Article CROUERE: Enough Already With The Virus, It’s Time To Go Back To Work