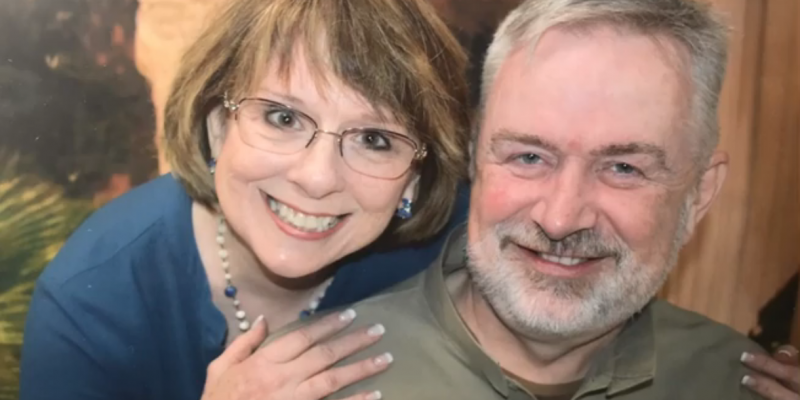 Former U.S. Rep. Steve Stockman of Texas is in a bad place to be during the coronavirus outbreak.

Stockman, who at age 63, is in prison with Type II diabetes, a scarred-lung condition, and a whole stack of convictions that make his release difficult — even in a time when the temporary deferment of non-violent criminals is being considered.

According to his wife, Patti Stockman, her husband is being denied life-preserving drugs in a Beaumont, Texas, federal prison camp. On top of that, he is “a sitting duck” for COVID-19 as it has begun spreading in a nearby Louisiana unit.

She released a video imploring President Donald Trump to pardon former Representative Stockman or at least release him temporarily.

“Mr. President, I ask you, please, to intervene so this prison sentence that Steve is serving does not become a death penalty — and a death penalty in short order,” a teary eyed Mrs. Stockman said.

She added that over 40 justice officials have recommended committing Mr. Stockman’s sentence for a crime Mrs. Stockman contends is “unjust” and politically motivated. Below is the video:

A letter calling for Mr. Stockman’s release noted that he was tried before three grand juries prior to a fourth finally indicting him — allegedly for criticizing the Barack Obama Administration as the prosecutorial motivation. “Due to the unusual and extreme length of the judge’s sentence,” the letter read, Stockman is not eligible for release under the First Step Act.

As the former Representative for Texas Congressional District 36, currently represented by U.S. Rep. Brian Babin, Mr. Stockman became known as a socially and fiscally conservative stalwart and fiery critic of the Obama Administration, earning high marks on conservative organization scorecards. Previously, Mr. Stockman had represented a nearby district from 1995-97 where he was equally critical of the Bill Clinton presidency.

During his inter-congressional years, Mr. Stockman cared for his ailing father and declared bankruptcy for his private entrepreneurial enterprise. After his father died, in 2012 Mr. Stockman ran for the newly created 36th District which he won. In 2014, Stockman unsuccessfully attempted to unseat U.S. Sen. John Cornyn in the GOP Primary.

It was a renewed Congressional career that was cut short. In 2017, Mr. Stockman was arrested for allegedly conspiring to use contributions designated for a charity to fund his campaign and for personal use. Stockman denied the charges.

According to the FBI, in January 2013, Mr. Stockman requested and received $350,000 in donations from an unidentified businessman. Stockman allegedly solicited the money by using the name of Life Without Limits, a Las Vegas-based nonprofit intended to help people who have experienced traumatic events. The donation was reportedly intended to be used to renovate a building known as the Freedom House in Washington D.C., but donations were never made according to the FBI.

On March 28, 2017, a federal grand jury issued a 28-count indictment that included 24 counts against Mr. Stockman. He was accused of obtaining $1.25 million under false pretenses and using the funds for his political campaigns. He was charged with 11 counts of money laundering, eight counts of mail and wire fraud, one count of conspiracy to make “conduit contributions” and false statements. Due to the complexity of the case, on April 12, 2018, Stockman was finally convicted by a jury on 23 of the 24 felony counts against him, for which he faced up to 20 years in prison for each count. He was acquitted on one count of wire fraud. The sentence was 10 years in prison and around $1 million in restitution.

“While your important work has focused on so much of the American population,” the joint letter read, “we the undersigned conservatives from organizations representing millions of Americans call on you to rapidly address the safety of non-violent, non-sex crime prisoners whose health conditions and the conditions within our prison system make them ‘sitting ducks’ for a death sentence due to the COVID-19 virus.

“The guidelines you have established for the general population, such as social distancing, are not being followed in America’s prisons, and may not or even cannot be followed due to the nature of the prison system.”

In other Texas news, Gov. Greg Abbott on March 31 signed an executive order halting the release of certain prisoners as a means of preventing COVID-19 exposure. Abbott forbade the release of any prisoners who represent a direct or physical danger to the public or specific victims.