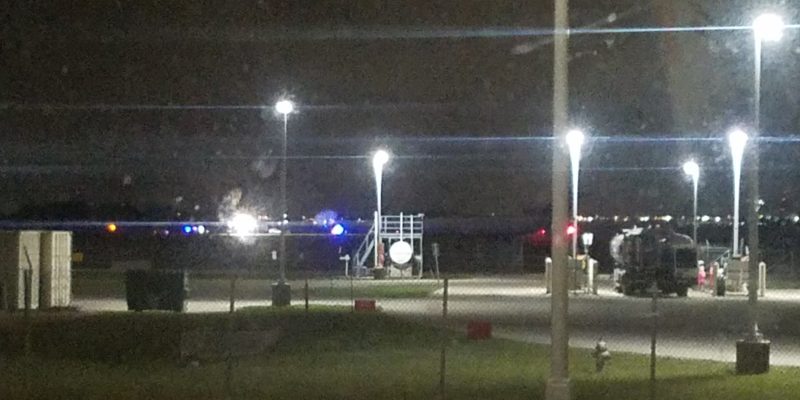 Details are still flowing in regarding the incident where an individual was able to gain unauthorized access to one of the runways at Austin Bergtrom International Airport identified on the FAA charts as KAUS. What is know is Southwest Flight 1392 from Dallas Love arrived as scheduled to Austin Bergstrom at 8:12PM and landed on runway 17R. For those unfamiliar with the airport 17R is the longer of the two runways on the west side of the airport and the Boeing 737 landed at the north end of the runway with the roll-out towards the south. Shortly after touchdown there was a squelch over the radio and then the pilots radioed the tower that they spotted someone on the runway. Air Traffic Control or ATC directed the 737 to taxi to taxiway G identified on the radio as “golf” ATC then directed a Delta flight that was on short final to land to go-around and then directed that 17R be shutdown until 1AM to allow for an investigation. It was later determined that the individual was struck by the left engine and died on the scene.

There has been much speculation online as to who the individual was, and as of the time of this publication the identity has not been released to the public. Some have speculated that it was a homeless person that had jumped the airport perimeter fence. Bergstrom does not have ground proximity sensors due to constant false alarms triggered every-time a plane lands as well as wildlife in the area. The incident also took place at dusk so the individual would have been hard to spot on the ground. Another theory was that the person was a low level airport employee that worked as a ramp handler for one of the cargo airlines. These individuals have to pass a background check to get clearance to the ramp. This however does not grant access to the runways or even the taxiways which require authorization from ATC since those are considered controlled movement areas delineated with this threshold from ramp to taxiway and this threshold dividing the taxiway from the runway. Theories regarding the low level employee range from depression about to lose their job due to the COVID-19 outbreak and this was a deliberate act of suicide by airplane, to being high on narcotics and wondering out the thousands of feet to the incident area.  If this is the case then maybe the airport background check process should be re-examined due to a different incident at the Seattle Tacoma International airport in August 2018 where a Horizon Air ground service agent stole an airplane.

Regardless of who the individual was, It’s puzzling how they got there. The runway itself is 12,250 feet long or nearly 2.5 miles long as well as 150 feet wide Observations of the APD patrol cars investigating the scene show the incident happened roughly 3 to 4,000 feet down the runway, roughly parallel with the fuel farm. 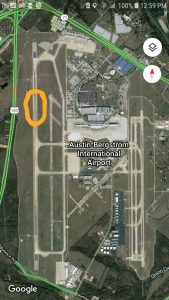 There was no way for the Southwest 737 to avoid the collision due to the configuration after touchdown roughly at the 1000 foot markers where spoilers and thrust reversers have already been deployed. Whoever this individual was they had to walk literally several miles to end up on that part of the runway. They more than likely originated from the west side of the airport and could not have been an escapee from the Del Valle Correction center which is on the east side of the airport.

One can only imagine what is going through the minds of the pilots who already have the stress of being on the middle of an industry obliterated in a weeks time due to COVID-19 and are wondering what their future holds with regards to worrying about getting furloughed. Judging by the ATC audio the pilots handled the situation with utmost profession and did not panic although they will always have this incident to explain on their record even though it is no fault of their own. What seems to have happened was a security breakdown at the airport itself that can be remedied with more physical patrols of the perimeter and grounds itself. It’s these security lapses that cause loss of confidence in the airline industry, exhibit A: 9/11. That is the last thing the avation needs at the moment when it is currently surrendering a 95% passenger drop due to the Corona Virus.