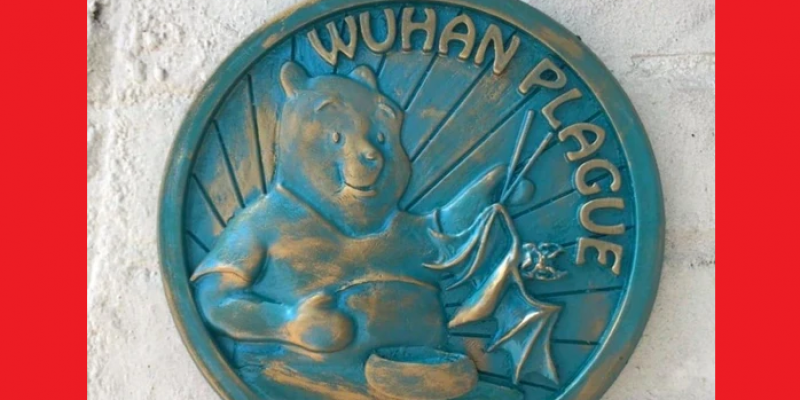 Just when we thought that Americans could agree on one thing — that China royally messed up their response to a nascent COVID-19 epidemic — then along came the urban-ocracy to tell us what to say and think about the situation.

The San Antonio City Council unanimously passed a resolution that denounces the use of terms like “Chinese virus” and “Kung Fu Virus” as part of a meeting largely dedicated to the fallout from the coronavirus.

The resolution, recommended by arch-liberal Mayor Ron Nirenberg (included in full below), is not an ordinance or executive order and carries no force of law. It is one of numerous ceremonial documents passed by cities on a routine basis that reiterates a city is against racism. The San Antonio resolution, which states the city “is committed to ending the spread of all forms of hate and bigotry,” is similar to a Congressional resolution sponsored by former Democratic presidential contender Kamala Harris to not unfairly tie the coronavirus outbreak to Asians or Asian immigrants.

During the same Council meeting it was reported that COVID-19 has taken $200 million out of the city’s budget and is weighing what to do with $270 million in federal CARES Act payments designed to help cities, and how to avoid a potential “clawback.”

U.S. Sen. Ted Cruz‘s Twitter team caught the news and called the resolution “NUTS,” referring to even the mainstream media’s use of the term “Chinese coronavirus.”

This is NUTS. SA City Council behaving like a lefty college faculty lounge, triggered by Chick-fil-A & the words “Wuhan virus.” If they want to investigate someone, start with NYT & CNN who both repeatedly (and rightly) referred to it as “the Chinese coronavirus.” #NoSpeechPolice https://t.co/a10BZAvleQ

From the hip: Just hand Mayor Nirenberg a rubber stamp and be done with it.

Placing antisemitic conspiratorial language on the same level of anti-Asian physical violence (of which there has been a tragically high number of incidents) is the calling card of the Anti-Defamation League.

From the city’s resolution: “it is critical that the City of San Antonio take leadership and stand in solidarity with
its Asian and Jewish communities to send a message that discriminatory and hate-motivated behavior or violence will not be tolerated.” We would imagine that Chinese-American advocacy groups have much more skin in the game (though anti-Jewish language regarding COVID-19’s origins is, without argument, abominable).

Predictably, the southwest region of ADL put out a resolution congratulating Nirenberg on the resolution. All quiet from other civil rights organizations.

While it is not unusual for cities to approve ceremonial and toothless resolutions for a number of special interests (ADL being no exception), carrying water for those who sow the seeds of political division during a crisis should be roundly criticized by San Antonio residents and all Texans alike.

The reporter who broke the news of the resolution saw quite a bit of that ridicule on Twitter, though propelled by some publicity from conservative radio host Joe Pags. See the comments.

Resolution being voted on by San Antonio City Council this morning labels terms "Chinese Virus" and "Kung Fu Virus" as hate speech and "all persons are encouraged to report any such antisemitic, discriminatory or racist incidents to the proper authorities for investigation". pic.twitter.com/jV6tKnQrRD

Below is the text of the resolution in full.

AFFIRMING THE CITY’S COMMITMENT TO THE SAFETY AND
WELL-BEING OF ALL COMMUNITY MEMBERS AND COMBATTING
HATE SPEECH.

WHEREAS, since the outbreak of the COVID-19 virus, more than 3,222,107 cases and more than
228,756 deaths have been confirmed worldwide as of April 30, 2020, according to the Johns
Hopkins University Coronavirus Resource Center, and according to the Centers for Disease
Control and Prevention, 1,005,147 cases and 57,505 deaths have been reported in the United States
as of April 30, 2020; and

WHEREAS, COVID-19 will not be stopped by political boundaries and was not created or caused
by any race, nationality or ethnicity, and the World Health Organization has cautioned against
using geographic descriptors that can fuel ethnic and racial discrimination; and

WHEREAS, COVID-19 has infected people from all racial, national and ethnic backgrounds; and

WHEREAS, the City of San Antonio is fully committed to the safety, security, and equal
treatment of its residents as it confronts the COVID-19 pandemic; and

WHEREAS, each individual has the ability to promote inclusiveness, celebrate diversity, support
all fellow community members, prevent the spread of misinformation, and reject hate and bias in
all forms; and

WHEREAS, hate crimes, discrimination and aggression against Asians and Jews are on the rise
throughout the country as these groups are being blamed for the COVID-19 outbreak and spread;
and

WHEREAS, as our history has shown, times of great fear, uncertainty and unrest can lead to the
demonization, blaming, and scapegoating of groups as the “other;” and

WHEREAS, extremists are taking advantage of COVID-19 to spread their hateful ideologies,
including antisemitism, racism, Islamophobia, and Sinophobia; and

WHEREAS, amid the growing spread of COVID-19, there are surging reports of bias-motivated
incidents targeting members of the Asian and Pacific Islander community in the U.S.; and

WHEREAS, COVID-19 is a public health issue, not a racial, religious or ethnic one, and the
deliberate use of terms such as “Chinese virus” or “Kung Fu virus” to describe COVID-19 only
encourages hate crimes and incidents against Asians and further spreads misinformation at a time
when communities should be working together to get through this crisis; and

WHEREAS, the Jewish community has been targeted with blame, hate, antisemitic tropes and
conspiracy theories about their creating, spreading and profiting from COVID-19; and

WHEREAS, to target and stigmatize specific communities for the COVID-19 outbreak and worldwide
spread creates an inexcusable risk to all community members; and

WHEREAS, it is critical that the City of San Antonio take leadership and stand in solidarity with
its Asian and Jewish communities to send a message that discriminatory and hate-motivated
behavior or violence will not be tolerated; and

WHEREAS, all persons are encouraged to report any such antisemitic, discriminatory or racist
incidents to the proper authorities for investigation; and

WHEREAS, the City of San Antonio wishes to affirm its commitment to the well-being and safety
of its Asian and Jewish community members and ensure they know they are not alone and that the
City of San Antonio is committed to ending the spread of all forms of hate and bigotry; NOW

THEREFORE, BE IT RESOLVED BY THE CITY COUNCIL OF THE CITY OF SAN ANTONIO:

SECTION 1. The City of San Antonio denounces antisemitism, anti-Asian bigotry, and all
hateful speech, violent action and the spread of misinformation related to COVID-19 that casts
blame, promotes racism or discrimination or harms the City of San Antonio Asian and Pacific
Islander, Jewish, immigrant or other communities.

SECTION 2. The City of San Antonio joins cities, counties and states across the country in
affirming its commitment to the safety and well-being of all community members, including the
Asian and Jewish communities, and in combatting hate crimes targeting Asians, Jews and Pacific
Islanders.

SECTION 3. The City of San Antonio will continue its efforts to protect residents and targets
and victims of hate, and to prosecute and curb hate acts related to COVID-19 in partnership with
nonprofit organizations, the Bexar County District Attorney’s Office, the San Antonio Police
Department and other law enforcement partners.

SECTION 4. The City of San Antonio pledges to support the inalienable rights of all people in
our community, who should be treated with respect and must remain safe during this pandemic.
We call upon all our residents to treat each other with respect.

SECTION 5. The City of San Antonio urges residents to join us in calling attention to these
harms and denouncing hate to help keep us all safe during this unprecedented pandemic and
beyond.

SECTION 6. The City Clerk is directed to forward a copy of this action to the County Judge,
of Bexar County on behalf of the City.

SECTION 7. This Resolution is effective immediately upon the receipt of eight affirmative
votes, otherwise, it is effective ten days after passage.