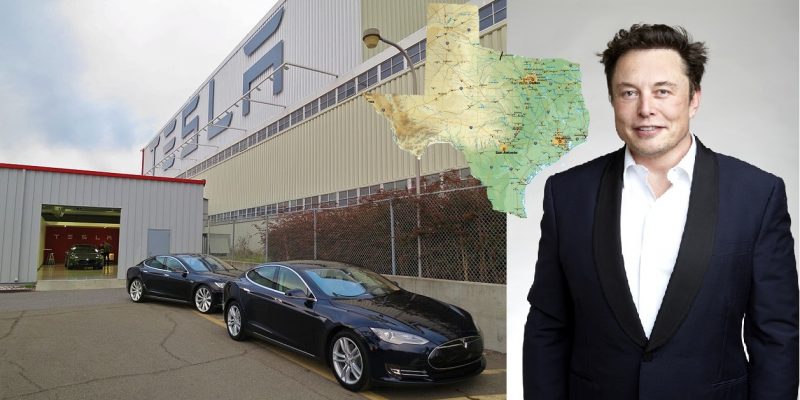 In recent weeks Elon Musk, the outspoken billionaire behind both SpaceX and Tesla Motors has emerged as one of the most outspoken critics of the COVID-19 imposed lockdowns and has become  a hero to those that want to reopen the country and restart the economy. In a stream of tweets Musk Denounced the government imposed economic shutdown as “fascist”  along with tweeting “Free America Now”  followed up by a series of other tweets stating he was going to sell his homes and have no possessions.

It makes sense now why Musk no longer wants to own any property in California. In his latest blast of tweets on Saturday May 9th 2020 Musk stated that he is going to move the corporate headquarters of Tesla to Texas effective immediately and that future operations that were destined for Alameda County, California will instead be based in either Texas or Nevada which currently houses one of Tesla’s Gigafactories where it’s battery modules are manufactured along with potentially future production of Tesla vehicles.

Musk has also stated that the future of Tesla’s original manufacturing plant in Fremont, California is in doubt depending how the company is treated by the California State and Alameda County Governments. Throughout the COVID-19 lockdown Musk had intended to keep the Fremont Plant open and his workers employed, however those government bodies determined that Automobile manufacturing, R&D, or even re-purposing the plant for ventilator production was not considered “Essential Businesses” Alameda County official have reportedly stopped Tesla from re-opening the plant to which Tesla has even filed a federal Lawsuit against the County to have the shutdown order lifted.

In the tweets Musk also pointed out that Tesla was the last automaker to have a corporate or manufacturing presence in California. Most foreign automakers, specifically Asian Automakers in the past had their North America headquarters based in California which included Toyota and Nissan, both have since moved their North American corporate operations to Plano, Texas and Nashville, Tennessee respectively. In fact the Tesla Fremont plant was formerly a joint venture between General Motors and Toyota called the NUMMI, which both automakers abandoned in 2009 due to the GM Bankruptcy and Toyota’s desire to consolidate its manufacturing operations to more business friendly states.  Texas Governor Greg Abbott seems to endorse the idea by quickly re-tweeting Musk’s tweet about the move.  This would mean that Texas would house the corporate operations of both Tesla and Toyota, and could also gain some of Tesla’s manufacturing capacity as well, to go along with Toyota’s truck plant in San Antonio, and GM’s large SUV plant in Arlington.

What Musk has yet to mention in his tweets was the fate of SpaceX. While all Starship operations are consolidated to Boca Chica, Texas and most of the Falcon 9 launches and all of the Falcon Heavy launches are done in Cape Canaveral, Florida, with testing done in Magreger, Texas. SpaceX is still based in Hawthorn, California along with the initial fabrication of the Falcon Rockets and Dragon Space Capsules. While SpaceX now has the capability to refurbish the Falcon 1st stages in Florida, It makes you wonder if SpaceX will move the fabrication to Florida or Texas too or pivot to the Starship as a launch platform a lot sooner than most people think.