When Louisiana began its slow recovery from Hurricane Katrina in 2005, it seemed the state had faced the worst nature could throw at it and survived. Along with enormous charitable efforts, Louisianans seemed to be spurred on by the hope that the lessons learned during the ordeal would help the state to prepare its defenses if another Gulf storm took aim at a city that is mostly below sea level.

However, what the city and state face now as the result of the COVID-19 pandemic is a crisis of a different nature: how to survive economically after a government-ordered shutdown closed most businesses. Although every state will face serious blows to their revenue stream, those states which followed prudent fiscal policies in recent years stand to be in better shape when this is all over than those who did not. 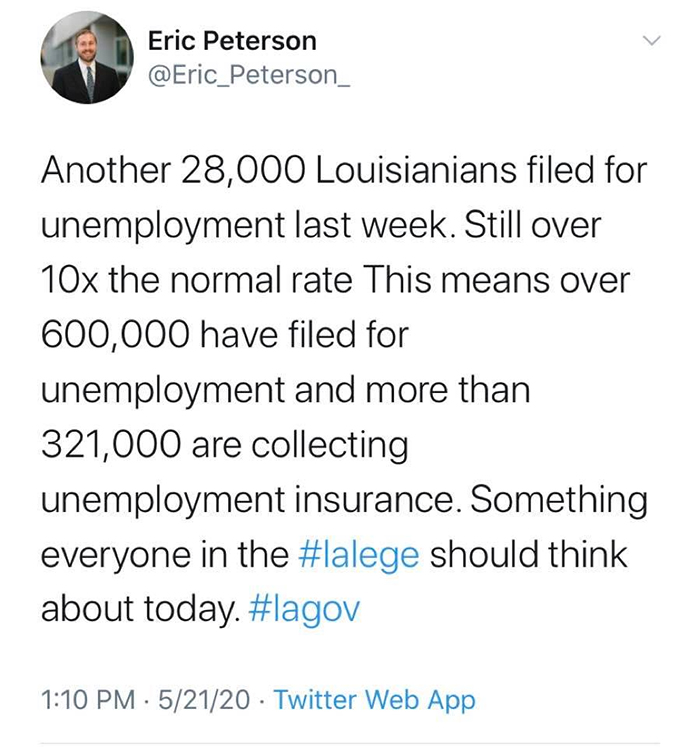 Place Louisiana in the latter category, according to the recently released legislative ratings for 2019 published by the American Conservative Union Foundation. Time after time, efforts in the Louisiana House to control spending were thwarted by a Senate all too eager to be a wastebasket for sound fiscal policy.

We can start with an effort to place a spending cap by holding legislative spending to 98% of projected revenue. Although this measure easily passed the House 59-37, it died without a vote in the Senate. Another measure would have reduced fraud in state programs that give out benefits by checking those individuals’ and companies’ tax records to ensure that they are truly eligible for those benefits. This legislation passed the House by an even bigger margin (66-32) but got nowhere in the other body.

To be sure, there were bright spots for conservatives in the 2019 session.  Governor John Bel Edwards became the only Democrat chief executive to sign legislation protecting the unborn, approving a “heartbeat” bill banning abortion after a baby’s heartbeat is detected. He signed another strengthening the law that requires a mother’s full “informed consent” before an abortion is performed.

One measure not needing the governor’s signature is a constitutional amendment that will appear on the November 2020 ballot clarifying the law to state that abortion is not a right and that taxpayers have no obligation to fund the practice.

Sound pro-growth tax policy also got a boost through legislation that helps reduce taxes for “pass-through” entities which no longer will be hit by the larger corporate tax. Access to health care was also improved by allowing direct primary care plans to cover dental care. This measure is a small step in expanding the ability of these plans, which are not considered insurance, to avoid the onerous federal regulations that have driven up health insurance costs.

However, considering the Legislature’s failure to protect the state’s financial security, Louisiana’s recent public policies add up to a missed opportunity to prepare for the unforeseen crisis we are facing. The old adage “a stitch in time saves nine” was never more apt.