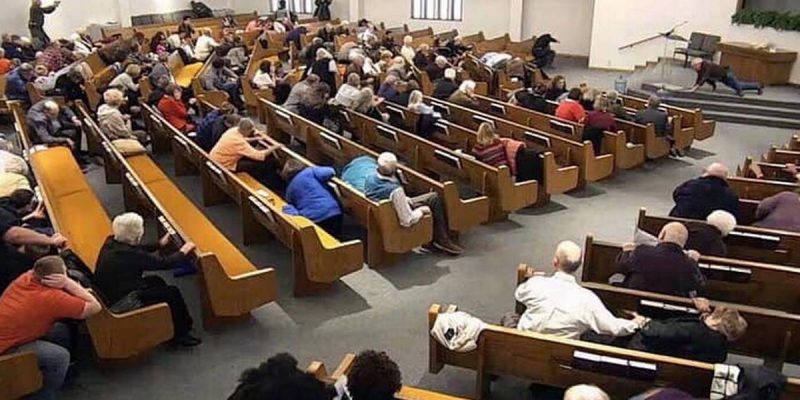 Several articles and opinion pieces have been published in the past week labeling House Bill 334 by Rep. Bryan Fontenot (R-Thibodaux), which would reform state concealed handgun carry law with respect to the carrying of handguns in places of worship, as “extreme” and unnecessary. Current law provides that a person with a concealed carry permit cannot carry in a house of worship unless he has permission from the governing body, and the congregation is informed that he has permission. Effectively, this acts as a ban on carrying.

HB334 would remove the prohibition for permit holders and treat houses of worship like any other private establishment. This would allow concealed carry unless the church prohibits it.

Making houses of worship effectively gun-free zones has been ineffective in preventing attacks therein, and has only prevented those that follow the law from carrying inside. We have repeatedly seen that unarmed church members have been killed during events that could have been prevented or stopped much sooner, had laws not prevented permit holders from carrying a firearm.

Two recent attacks on churches in Texas are prime examples. In Southerland Springs Texas, a gunman was able to kill 26 people and wounded another 20 more before stopping when an armed neighbor showed up. In the shooting that took place in the Fort Worth area late last year, the gunman was stopped within seconds of opening fire by a concealed carry permit holder who was a member of the church and safety team. It should be noted that Texas amended its concealed carry permit law just a few months before the Fort Worth attack.

In the Phase one FBI study of active shooter events, it was published that 60% of them ended before police arrived. The decisions and actions by those present will likely have the greatest impact on the final outcome. The United States Department of Homeland Security says that “Because active shooter situations are often over within 10 to 15 minutes before law enforcement arrives on the scene, individuals must be prepared both mentally and physically to deal with an active shooter situation.”

Current law hinders the ability of those places of worship or attendees that prefer the option of a potential armed response.

The passage of HB334 is not extreme. It had virtually unanimous support among the attendees at the committee hearing, including members of the clergy, and bipartisan support on the committee. Recent history has shown that such a change is necessary.

Opponents to the bill claim that it would limit the ability of churches to prevent the possession of firearms at the church or prevent the governing body from deciding who can carry firearms. This is simply not true. Houses of worship are private property whose owners can decide who carries firearms or if firearms will be allowed at all. This bill does not take away that discretion in any way. What HB334 does is remove the special and unnecessary regulations concerning firearms in houses of worship.

This is a positive change for concealed carry permit holders who have proven to be very responsible people. Concealed handgun permit holders are currently allowed to carry in almost all other private entities unless the business chooses not to allow them. Houses of worship should be treated in the same way.

Interested in more news from Louisiana? We've got you covered! See More Louisiana News
Previous Article Maybe Turning It Into The Porn-Dome Will Be New Orleans’ Best Option
Next Article HART: Louisiana Missed Opportunities To Protect Against Its Current Economic Collapse