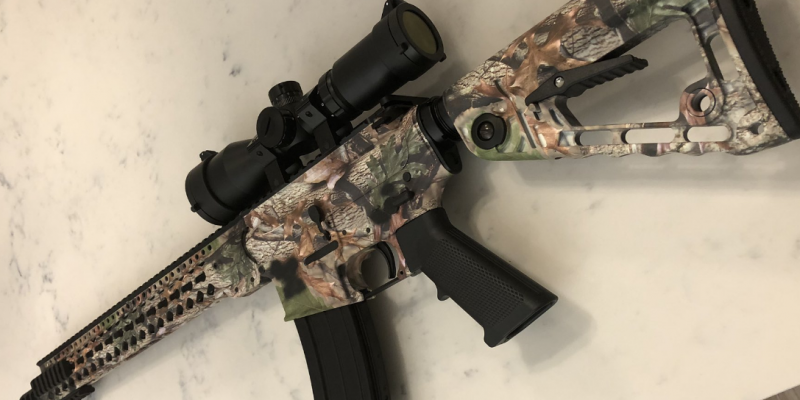 In response to riots scheduled in Florida and across the nation, State Rep. Anthony Sabatini, R-Howey-in-the-Hills, tweeted, “Attention potential ‘protesters’ coming near Lake County, FL. This is an AR-15 — this will be a very common sight upon illegal entry at any Lake County business — FYI!”

He posted a picture of an AR-15, which appears to belong to him.

He, like Polk County Sheriff, is calling on people to defend themselves– from intruders illegally trying to go into someone’s property or home.

Attention potential “protesters” coming near Lake County, FL. This is an AR-15—this will be a very common sight upon illegal entry at any Lake County business—FYI! pic.twitter.com/G72q26YDww

In response, State Rep. Cindy Polo filed an ethics complaint on Monday, arguing that Sabatini was “openly calling for violence” and was potentially violating the State House’s rules.

In her complaint, directed to House Speaker Jose Oliva, R-Miami Lakes, Polo, D-Miramar, she said, “This kind of dangerous language and behavior should not be tolerated. It threatens the safety of U.S. citizens exercising their constitutionally protected rights of assembly and speech to highlight the everyday injustices the black community faces. Inciting violence is abhorrent, and those who encourage it should be held accountable for their irresponsible actions.”

On Friday, Sabatini tweeted that criminals looting and vandalizing should be arrested and locked up.

Lock up every one of these disgusting, lawless thugs destroying the city of Minneapolis.

They should each be arrested and prosecuted to the FULL extent of the law.

Shame on the politicians that pander to this destruction!

Hey @FlaDems—EPIC FAIL in your attempt at censorship!
Maybe there still is some hope for @Twitter.

Oh—and good luck continuing to defend the THUGS who are beating police officers and burning buildings—not sure that will help you this November! https://t.co/FStVF5tdGb pic.twitter.com/BnYjPns9ZT

Earlier this year, the Florida Democratic Party called for Sabatini to resign.

Interested in more national news? We've got you covered! See More National News
Previous Article A WHOPPING 94.6% of Louisiana adults qualified for $1,200 coronavirus checks
Next Article MIND CONTROL:  Here Are Two Examples of Stories You Will Never See Covered in the Media