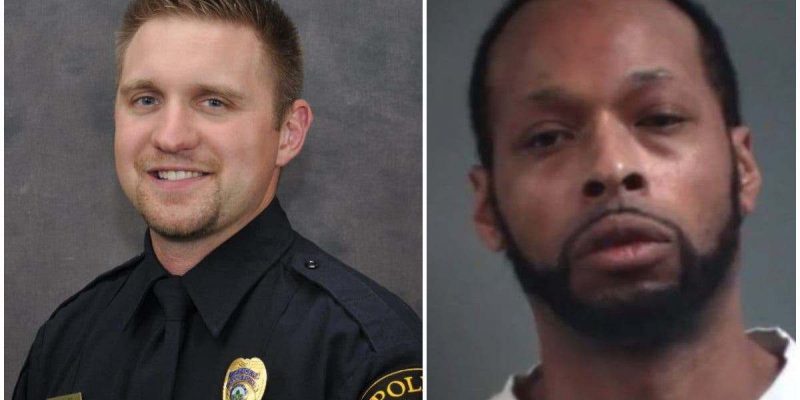 First off, this article is not to stoke division, even though it will give a slanted view that will seem to favor white over black, if in fact we must even delineate between the two, which of course we shouldn’t.

It is a damn shame that in a free country I have to so preface a virtue-building article such as this one. But alas, I step back in submission, only momentarily, for a higher good.

Because of the theme of these times, I draw attention to that aspect of this piece. It is necessary to understand why it is you will never hear these stories while similar ones have been dominating the television airwaves. This is not to play “Gotcha” with blacks.

It is precisely to play it with the mainstream media instead.

What you will read here is, essentially, a follow-up to this morning’s editorial “Miraculously, People Are Waking Up to the Real Enemy, and We May Have COVID to Thank for That.”

Story No. 1: The Death of Cody Holt

North Dakota Police Officer and First Lieutenant of the National Guard Cody Holt, 29 years old, died of a gunshot wound on May 27, two days after George Floyd died. He was responding as backup to save his comrades who were under an assault of gunfire while serving eviction-related documents.

Holt left behind his wife, infant son, and immediate family.

Salamah Pendelton, a 41-year-old black man, is responsible for Holt’s death. Pendelton’s mother, Lola Moore, was shot and killed in the exchange as well. A Grand Forks Deputy Sheriff was shot and wounded.

Pendelton is accused of firing 41 shots from an AK-47. He has been charged with, among other things, two counts of murder and three counts of attempted murder.

President Trump recently and rightly called the rioters across the country “thugs.” Of course the Left had a field day with it, inciting their outrage over a man they love to hate. Vile Anderson Cooper of CNN went on an especially poignant attack of the President.

The interesting thing about this is that little thing called facts. It’s a notion the Left snubs its nose at.

In 2015, President Obama used the term “thug” to describe the violent rioters in Baltimore.

Per none other than CNN.com:

President Barack Obama on Tuesday condemned the “criminals and thugs who tore up” the city of Baltimore on Monday night, after rioting and looting paralyzed the city and overwhelmed local officials.

“There’s no excuse for the kind of violence that we saw yesterday. It is counterproductive,” Obama said at a press conference from the White House. “When individuals get crowbars and start prying open doors to loot, they’re not protesting. They’re not making a statement. They’re stealing. When they burn down a building, they’re committing arson. And they’re destroying and undermining businesses and opportunities in their own communities. That robs jobs and opportunity from people in that area.”

Presidents Trump and Obama cannot stand each other. But the fact of the matter is that they used virtually the same words to describe the insanity of city riots.

Of course these are just two of the many stories out there that Americans will never know about, because the mainstream media, controlled by powers behind the scenes, decides what they feed us.

If it is racial injustice that black Americans are fed up with, it is the double-standards that niggle at the nerves of white Americans. See how the round-and-round-we-go game works? See how the media knows exactly how to tap into our most sensitive nerves to keep the narrative and racial divide alive?

No, the enemy is staring us right in the eyes and always has, and I do believe if we spread truths such as this, we will emerge victorious in this latest culture battle, the battle for 2020.

The simple fact is, we must.