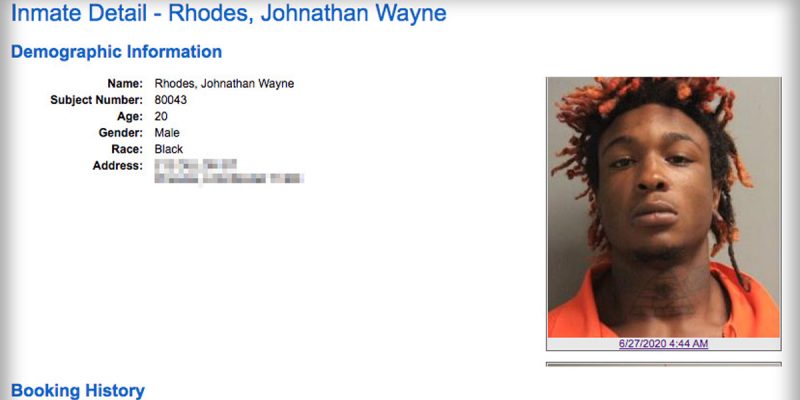 You’re about to see a video that was taken on Saturday in Alexandria, in front of Rapides Regional Medical Center. Nobody dies in the sequence you’re about to see, but as you watch it you’ll surely envision exactly how that outcome could have resulted.

So here is some context on this, from the Alexandria Police Department’s incident report. (Source: Alexandria Daily Town Talk)

An Alexandria police officer was injured Friday evening while attempting to arrest three individuals for remaining on site after being asked to leave at Rapides Regional Medical Center.

According to a news release by the Alexandria Police Department, the officer’s involvement with the individuals began at approximately 9:28 p.m. Friday when he observed a group of people in a vehicle near the hospital entrance playing loud music and disturbing people who were there for medical treatment.

The officer requested that they turn down the music. The group initially complied, however when the officer left the area they resumed playing loud music. Police say, the officer returned and instructed them to leave the property or face possible arrest.

A short time later the officer saw the suspects back on hospital property at the entrance to the emergency room. At that time, the officer advised the suspects they were being arrested for remaining after forbidden.

According to the news release, after the first suspect was arrested, a second suspect resisted arrest, striking the officer multiple times and knocking the officer unconscious. At some point during the altercation the suspect, by his own admission, attempted to disarm the officer by taking the officer’s duty weapon from him.

Bystanders as well as backup police officers intervened. The officer used a Taser on the suspect, and all three suspects were taken into custody. The officer was treated for his injuries and released.

We aren’t going to go through all of it, but on Facebook and YouTube there are hundreds, even thousands, of comments suggesting that Jonathan Rhodes is a hero for fighting back against the policeman that he knocked down.

Update: The brotha in the video is named Johnathan Rhodes, of Alexandria LA. He was arrested & charged with 4 offenses & his bail was $75,000.

He is currently released.

#WATCH FULL INTERVIEW: Tariq Nasheed explains why he helped Jonathan Rhodes bail out of jail. Rhodes got into an altercation with an Alexandria police office, Friday night at Rapides Regional Medical Center. https://t.co/IY3c440yBK

He and his two idiot friends were sitting in a car in a hospital parking lot late on a Saturday night blaring rap music so loudly that hospital patients complained they couldn’t sleep. If that’s not a pristing example of a flaming, inconsiderate slimeball then one doesn’t exist.

Cop comes over, tells him to turn the music down, he does, then turns it back up. Complaints recur, so cop comes back and tells him and his two idiot friends they have to leave or else they get arrested. He doesn’t leave.

So the cop then does his job and arrests them. They’re getting misdemeanor charges. It’s a ticket. Nothing to fight over.

But this guy is so stupid that he escalates what’s essentially a misdemeanor trespassing charge into a major felony by resisting arrest. And when the cop grabs his orange Sideshow Bob hair in an effort to get control of him so he can put the cuffs on, he proceeds to deck the cop, then jumps on top of him and beats the hell out of him while unholstering the cop’s weapon.

In the heat of that moment it would have been completely foreseeable, and not at all unjustifiable, if the cop had grabbed his gun and shot Rhodes dead. That might well have happened if a host of bystanders hadn’t jumped in to separate the two.

Of course, the woman holding her camera phone on the scene to record it is yelling at the cops not to arrest the female because “she didn’t even do nothin’,” but she doesn’t have a clue what she’s talking about – the female was going to be arrested for the initial charge of remaining after forbidden.

Everybody hates to see these police shooting incidents. But just about every one of them comes out of circumstances like this one. And while the police repeatedly get black eyes over the rare incidents in which somebody is shot by a cop, what we’re asking is that they take a beating from animals like Jonathan Rhodes who create situations that bring the police in the first place.

This could easily have become a Black Lives Matter moment. Had it become one, Jonathan Rhodes would have become a household name like George Floyd, Alton Sterling or Michael Brown. And if it had, all of the circumstances surrounding why it happened would have been swept aside while the whole country erupted into a fresh round of unrest.

Remember this debacle the next time you’re asked to despise the police.