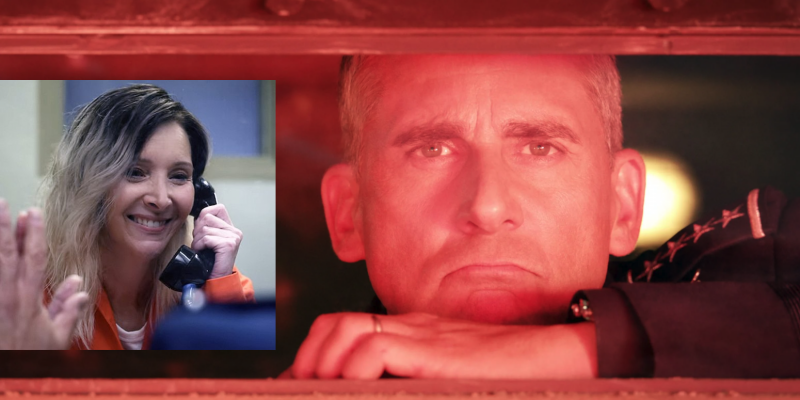 “Space Force” is in many ways ahead of the military department it parodies. Netflix even beat the actual Space Force in trademarking the name.

Prescient and reflective of the ego-driven back-and-forth decisions characteristic of bureaucratic decision-making, the streaming hit has its moments of NASA-like precision. Given the entire premise of the show, it is kinder to President Donald Trump than expected, while still just as “woke” throughout. “Space Force” suffers from being, not a comedic escape from the complexities of life and politics, but a missive on current American life — “maybe one we deserve” as a few reviews have stated. The consensus of reviews of the new Netflix comedy lampooning the creation of a new branch of the U.S. Armed Forces is that it’s an enjoyable comedy, but a failure to launch.

For some highlights: the pacing is just right, being neither too breakneck nor glacial in unveiling the story arc and various plot details. The humor is a balanced mix between subtle jokes (the branch being funded by shuttering the U.S. Postal Service, for one) and the downright absurd (coaxing a space monkey to repair a spy satellite). The casting choices are reminiscent of the creative genius of the same folks who brought us “The Office” and the NBC comedies it inspired.

“The Office’s” Steve Carell takes the spotlight as recently minted four-star Gen. Mark R. Naird, who is an upstanding and organized paternal figure despite the chaos surrounding him. Competent and with an oddly graveling voice, Gen. Naird finds himself not only having to prove himself to the heads of other military branches (never missing a Coast Guard joke) as well as his own family members and coworkers. His head scientist, Dr. Adrian Mallory (John Malkovich), envisions himself as the true leader of the rocketry program, creating tension. Naird’s household has its challenges with daughter Erin (Diana Silvers) adjusting to life in a new town as a soon-to-be young adult, and wife Maggie (Lisa Kudrow) imprisoned for yet-to-be-revealed reasons.

The series pulls its punches when it comes to Trump, his cognate being a head executive known only as “POTUS” who appears via third-hand orders and tweets barking spontaneous chides and directives. The purveyors of doctrinaire liberalism at The Guardian pan the show for not going far enough in mocking the president.

The tone is generally light and could pass for a family comedy if not for certain subject matters and language. But make no mistake, the show does wade into sociopolitical territory and adult themes.

The profanity is so frequent a whole character’s nickname is a four-letter word. Naird’s motto may as well be “Jesus Christ” (though his family’s faith is never mentioned).

There is also at first an absence of any homosexual characters — which is suspicious for a series being peddled in the post-Obergefell v Hodges days. But as season one unfolds, we learn that Maggie Naird strikes up a relationship with a female prison guard and Dr. Mallory has a relationship with a male member of a lunar research team. That’s to be expected, but what social envelopes do we push after Obergefell?

How about institutionalized adultery? A presumably “tender moment” occurs during a long-awaited conjugal visit between the Nairds in which Maggie urges an open marriage since her release will not be for perhaps decades. No discussion of duty, of faithfulness, of the possibility of celibacy in between conjugal visits — just rhetoric about intimacy being the whole reason for a marriage. The concept of swinging sex partners is at first balked at by Gen. Naird, but later accepted — though his heart (and their daughter’s) is not fully in it. Cue the after-school special music and expectations of audience sympathy.

Then came political differences between Dr. Mallory and Gen. Naird as how to approach a Chinese incursion on what is supposed to be a neutral lunar surface. Mallory vehemently opposes the use of firearms on the moon and resigns. He, along with the department’s social media director, move outdoors with a gasoline tank and a lighter — yes, to set himself on fire in protest. While this may be an example of absurd or edgy humor, the use of this tactic to protest the Trump Administration and generalized allegations of systemic racism are on the rise in the U.S. though thankfully rare. Are we supposed to laugh, here?

There are throughout the 10-episode season splashes of identity politics in full play, touching on liberal topics such as “mansplaining” and racial appropriation. In Episode 3 and a few other places, liberals on a Congressional committee to oversee the Space Force are portrayed as competent and sharp (including tributes to U.S. Reps. Alexandria Ocasio-Cortez and Speaker Nancy Pelosi), while more-generic conservatives are dim-witted believers in a flat-earth and (get this, guys) that God is literally the Creator of the heavens and the earth. Perhaps an “applause” light would assist a politically diverse audience in knowing when to offer a sympathetic laugh.

The season leaves us on a cliffhanger, wondering how the U.S./China standoff on the moon will pan out. But more conservative viewers may find themselves wondering more how this series will address topics introduced that are about as alien to American life as Chinese Communism, polygamy, or self-immolation as protest. Not even Steve Carrell’s comedic genius can distract us from that.