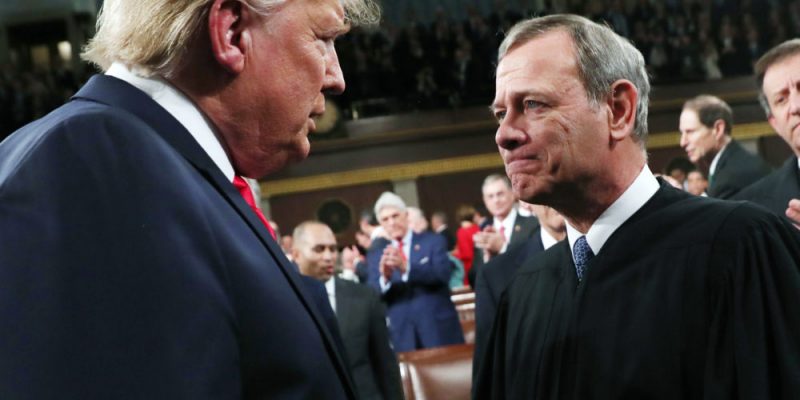 The Supreme Court has once again reminded conservative voters that our work is not yet done as they blocked President Trump from ending the notorious “DACA” program today.

As of 2018, the Deferred Action for Childhood Arrivals program serves to benefit 699,350 illegal immigrants in the United States.

What is so shocking about the Supreme Court’s decision is that it violates a very basic presidential tradition, the right of the sitting president to overturn previous executive orders.

You see, separate from the DREAM Act, DACA was not created by Congress. In fact, it came to be with the stroke of then-president Obama’s pen in 2012– right before the election, of course.

So how is it that a “presidential memorandum” can be shielded from the duly-elected successor? It seems like a gross violation of the “checks and balances” of the three branches of government. I am not aware of any precedent for such action by the judicial branch.

On its face, it makes no sense but neither did several other 5-4 decisions in recent memory including preserving the “Obamacare” mandate, blocking the citizenship question from the 2020 census, preserving sanctuary cities, extending workplace protections to transgender employees, and effectively upholding a ban on church services during the pandemic.

The deciding vote in all of these cases? Chief Justice John Roberts, the same man who single-handedly saved Obamacare and the government’s takeover of one sixth of the U.S. economy on the arbitrary basis that the mandate was a “fine” and not a tax.

These 5-4 decisions serve as a warning that the fate of the United States for the foreseeable future will be largely decided by who wins the 2020 presidential election and thus, who appoints the next justice of the Supreme Court. We desperately need another Clarence Thomas.

Now, imagine just how lopsided the highest court would be had Hillary Clinton won the 2016 election. Simple math dictates that we would be seeing these same rulings by a margin of 7-2, a deficit that would have taken decades for conservatives to recover from. Elections matter.