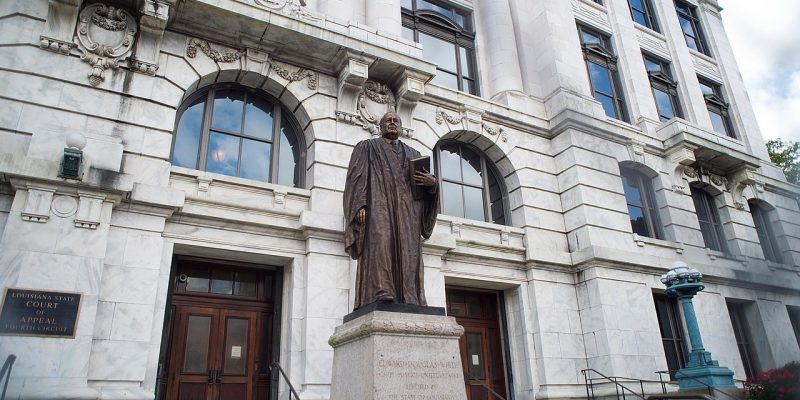 As the Court noted,

The salient facts here are not in dispute. The plaintiff judges in these consolidated cases are over age seventy, their terms expire on December 31, 2020, and they intend to qualify and run for re-election despite the mandatory retirement age imposed by La. Const. Art. V, § 23(B), which states: “Except as otherwise provided in this Section, a judge shall not remain in office beyond his seventieth birthday. A judge who attains seventy years of age while serving a term of office shall be allowed to complete that term of office.” (Emphasis added.)

The judges made a variety of claims as to why the Supreme Court should invalidate the above-quoted law:

Judge Clark contends Art.V, §23(B) is in conflict with three other provisions of the Louisiana Constitution: Art. I, §3 (“No person shall be denied the equal protection of the laws…”); Art. I, §7 (“No law shall curtail or restrain the freedom of speech…”); and Art. II, §2 (“Except as otherwise provided by this constitution, no one of these branches, nor any person holding office in one of them, shall exercise power belonging to either of the others.”). Judge Cantrell makes an equal protection argument and, in addition, claims the 2018 enactment of La. Const. Art. I, §10.1, prohibiting certain convicted felons from seeking or holding public office, tacitly repeals Art.V, §23(B), or otherwise renders it inactive.

The Court then wrote, “We find no merit in these assertions.”  The Supreme Court also noted that “Plaintiffs essentially invite this court to hold that the electorate is incapable of crafting a constitution that is not internally contradictory. We decline to so hold.”

What makes this case unusual is that the Court took the case from the lower courts and made their ruling.  In most circumstances, a trial court makes a ruling, the Court of Appeal examines that ruling, then the Supreme Court decides whether to even look at the Court of Appeal opinion.  This process helps develop a record full of arguments and analysis for the Supreme Court to review.  By the time a case gets to them they have the benefit of several rounds of arguments by the attorneys and analysis by several judges.

Here, the Supreme Court bypassed that entire process and took the case from the lower courts at the Attorney General’s request.  That they felt they did not need further input from the courts below should tell you something about the Supreme Court’s opinion of the whole matter.

As an aside, Justice Chricton,who did not dissent but would instead have denied the Attorney General’s request to hear the case (a small but legally significant difference), thought the case should proceed through its normal course and that the Supreme Court shouldn’t act so soon, which is a valid point.  On the other hand, Chief Justice Bernette Johnson, who, due to the mandatory age limit for judges and the Supreme Court’s opinion will also be forced to retire at the end of this year, dissented from the Supreme Court’s opinion without reasons.  Why she did not recuse herself is unknown.