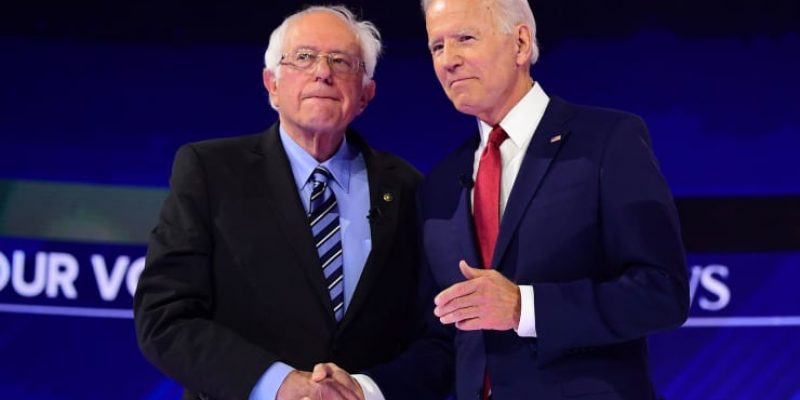 I’ve watched, in their entirety, both speeches by Joe Biden where he discusses his economic plans. I hope you’re paying attention. Your life is subject to drastic change if this man were to occupy the White House.

The presumptive Democrat presidential nominee reads what his handlers give him. He demonstrates zero original thought. His tone is very reserved. Little energy. Lots of admonishment of President Trump. In essence, he’s an AOC/Bernie Sanders mouthpiece. That’s my chief concern.

Biden’s speeches confirm the Democrat party’s plan to institute full-blown redistribution and nationalization of the private sector. There is zero emphasis or even discussion of limiting government or promoting freedom. Hello, higher taxes, more punishment of success and total central control of a $19 trillion economy.

In both speeches, with every reference to jobs, Biden precedes with “union.” If you’re not in a labor union, you will be left out of the government’s largesse. America will be uncompetitive. You will possibly even be forced to join a labor union depending on your profession.

His plan is a combination of Barack Obama’s failed ARRA, which created little or no shovel-ready jobs by then President Obama’s own admission, FDR’s New Deal, AOC’s Green New Deal and Al Gore’s radical climate predictions which never materialized.

I watched an hour of these talking points. Biden plans $2 trillion worth of taxpayer investments in wind and solar, more Solyndra-style crony boondoggles (of which he boasted). He will build 500,000 electric charging stations, shut down the fossil fuels industry, eliminate zoning for single family housing, and pay to convert to all LED lighting. Biden also plans to institute more cash-for-clunkers – tax credits to trade your gas vehicle for an electric – type programs, and a host of cash-for-caulkers tax credits to disconnect structures from the existing power grid.

School choice would be a thing of the past. He plans to ban charter schools. It’s plausible that he would push for abolition of all private K-12 schools based on his statements.

Will fund all of these “programs” with a series of tax increases – capital gains will be taxed as ordinary income, no more immediate expensing of capex, which was an Obama policy implemented in the ARRA in 2009, no more stepped-up basis on inherited property, increase of corporate taxes, decrease in lower individual brackets and increase in rates on higher incomes. Because our tax structure isn’t progressive enough, with half of the nation’s taxpayers having no skin in the game.

And, of course, a confiscatory wealth tax.

All intended to fund the new programs and massive expansion of government.

Oh, and don’t drive across any bridges, they’re all on the cusp of collapsing. But union workers paid by trillions of taxpayer funds are gonna fix ‘em.

In summary, his plan is not the full Green New Deal – yet, but it’s coming. Can you say President Alexandra-Ocasio (Sandy) Cortez?

In a future post, I’ll summarize the rest of Biden’s platform, with an analysis of health care and immigration. It isn’t a whole lot better than his economic plan, and that’s terrifying.