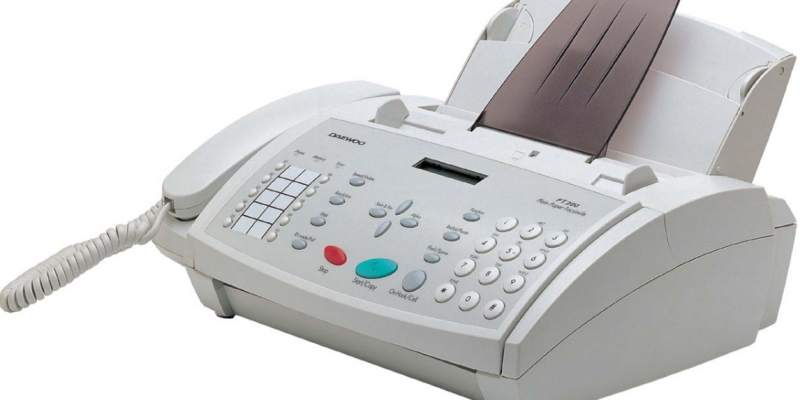 Part of the problem with reporting COVID-19 data in Texas has been the lack of updated technology. In Houston, the third-largest county in the U.S. and considered by many to have exceptional hospitals, medical resources and cancer centers, the Harris County Health System relies on fax machines to receive data.

The New York Times reported that confirmed COVID-19 test reports in Texas are sent by phone, email, physical mail and fax, which has led to duplication of information, lost data and even the sending of medical records to the wrong health departments.

Houston public health officials are blaming old technology they have to work with for data being reported in an untimely manner. The Harris County Public Health department, which includes the city of Houston and its surrounding areas, relies on a fax machine to collect coronavirus data, Beckers Health IT reports. The department has reported that large amounts of COVID-19 data about patients tested for the virus and their health information has come through fax machines, which printed out hundreds of pages of test results onto the floor.

The same was true in Florida, where Just the News uncovered a data reporting lag causing the case totals to be skewed by more than 30 percent. The spike in cases reported was not necessarily an increased number of infections, but an increased number due to an actual delay of administrators inputting the cases. Florida’s database allows users to search for “case date” and “event date,” whereas Texas’ database does not.

“The office tracking COVID-19 information for Austin, Texas, and Travis County in Texas reported receiving about 1,000 faxes per day, and some of the records are duplicates while others are missing information the office has to track down,” Beckers IT reports.

To date, it takes roughly 11 days on average for all the information from a COVID-19 test to be entered into the state’s COVID-19 system manually, Beckers IT reports. Other issues with reporting data include a several-week lag in counting COVID-19-related deaths of people who die several weeks after they test positive, and the time between a person’s death being recorded and being input into the database.

The State Department of Health and Human Services and Gov. Greg Abbott’s office did not return multiple requests for comment.

To suggest that Texas is receiving a massive spike in cases and deaths after reopening a few weeks ago, Sean Trende at Real Clear Politics argues, is “horribly misleading, and … simply wrong. It is so wrong that it is difficult to give the benefit of the doubt here.”

Trende explains that deaths are a trailing indicator, meaning deaths from COVID-19 take 3-4 weeks to occur. Second, based on the COVID Tracking Project, there is a seven-day rolling average of cases in Texas.

“States are inconsistent in reporting data, so what might appear to be a massive one-day spike could simply reflect cases that weren’t updated fully over the weekend, or other anomalies in the data reporting process,” he wrote.

Reporting of daily cases in Texas are on the upswing, but the current spike being reported “appears to have started before Texas reopened a couple of weeks ago (since this is a seven-day average, the upward trajectory in infections probably starts in mid-April), which complicates any causal assertion.”

But the data isn’t “terribly meaningful,” Trende adds, because as tests become more widely available, “we might expect more positive diagnoses. This is true even if the actual number of cases are flat, or even declining.”

When you look at the data in the largest populated metro areas of Houston, Dallas-Fort Worth, Austin and San Antonio, there are increased reported number of cases, “but the rate of increase has remained virtually unchanged since early May,” Trende adds. “That is to say, they’ve been adding roughly the same number of cases every day for the last few weeks.”

David Balat, director of health care initiatives at the Texas Public Policy Foundation, told the Center Square, “Healthcare is the only industry I know of that still uses telefacsimile technology. The lag in technology contributes to the lag in data that has been a significant issue during this pandemic when it seems that bad projections produce unneeded concern at time when people want to be hopeful there is a light at the end of the tunnel.”

“Many media outlets reported a ‘record-breaking’ jump in COVID-19 cases but they failed to report that 3,484 of them came from antibody tests that were dumped into the reporting system yesterday [July 15] from Bexar County,” Balat added.

Interested in more news from Texas? We've got you covered! See More Texas News
Previous Article DeSantis does what should have been done a long time ago: require parental consent for minors to get abortions
Next Article U.S. Supreme Court halts ex-felons from voting in Florida