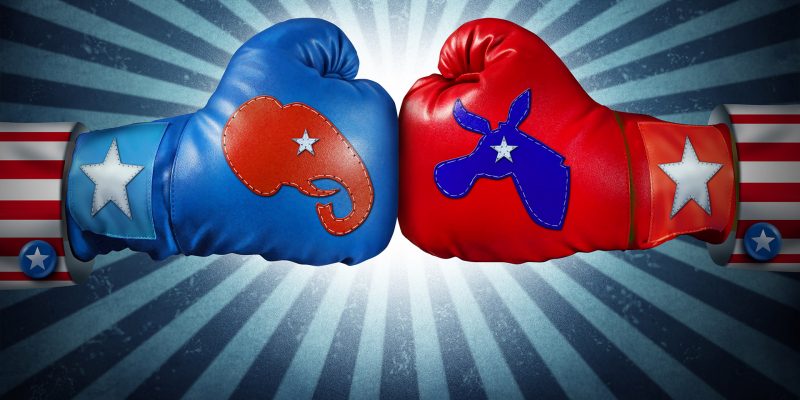 As the presidential election between Donald Trump and Joe Biden heats up, a Democrat data firm is sounding the alarm over Republicans’ unusually strong voter registration

TargetSmart released a report emphasizing that “voter registration plummeted” especially among “non-white” and “under 40” voters, two demographics that lean Democrat.

The decline is largely attributed to the economic lockdown related to covid-19 which has all but eliminated in-person voter registration especially with offices for the Department of Motor Vehicles being closed for an extended period of time.

“The second the virus hit, we went completely virtual and we haven’t lost a step,” she explained. “We’ve been building up our ground game for the past year. We’ve had people in all of these battleground states. We have the highest staff that we’ve ever had and we’ve activated over a million volunteers.”

The RNC chair announced shortly after the interview that Republicans now have over 1,500 field staff across the country, the largest in the GOP’s history. Moreover, she claims that the Trump-Republican machine is “on pace to surpass the size of Obama’s operation in 2012.”

McDaniel also said that Republicans would likely benefit from colleges & universities not opening before November, arguing that Democrats’ tactic of same-day voter registration drives would be interrupted.

For Republicans, the worst was being unable to host the massive and very successful Trump rallies which serve as a treasure-trove for voter enthusiasm and data collection. But, aside from having to reschedule his New Hampshire rally, that seems to be an issue of the past.

Democrats have been able to exploit the recent civil unrest to turn around what was a paltry operation. However, they still significantly trail Republicans as both sides begin to spend heavily.

The latest fundraising numbers are as follows:

Interested in more national news? We've got you covered! See More National News
Previous Article Los Angeles teachers union says public schools should not reopen unless police are defunded, Medicare for all is implemented, wealthy are taxed more, among other demands
Next Article UPDATE: 4 House Incumbents Rolled In Mid-Year Election In Texas