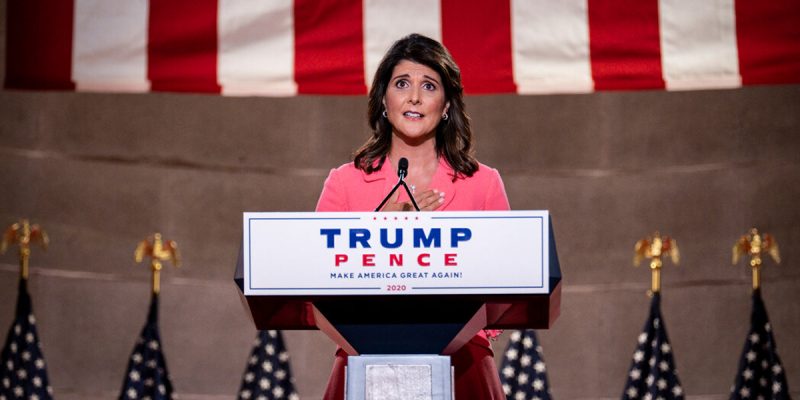 For the entirety of his presidency Donald Trump never had a single good news day.

Think about the absurdity of such a reality in light of his achievements that in pre-COVID times included a stratospheric stock market, historic low unemployment across all demographics, and the complete destruction of the Islamic State as a de-facto entity.

From the start the false narrative of Russian “hacking” of the 2016 election in collusion with the Trump operation that was based upon tainted documents and bureaucratic partisan frenzy breathlessly circulated by a debased media cast a pall over his White House.

No matter the day or the news, it’s never sunny in Trumpland with the Leftist media penning the weather reports.

With White House press conferences doubling as dunking booth exercises, Trump desperately needs the seize the few opportunities that are available to him to advance his narrative in the face of the Resistance affiliated establishment media.

The debates will be his best opportunity to right the cooked narratives on himself and Joe Biden, though this week’s Republican National Convention  represents the president’s first real avenue to share his message without running it through the rigged media’s filter.

And the first night was a good start.

President Trump’s White House visits with foreign-held hostages (whose releases he secured) and COVID survivors showed a relaxed, softer side while gently conveying the work of his administration.

While the Palmetto State political duo of US Senator Tim Scott and former governor and UN ambassador Nikki Haley delivered polished addresses it was the citizens without prominent office who gave the most powerful speeches.

Bone cancer survivor Natalie Harp passionately argued how President Trump’s “right to try” medical policies contributed to saving her life while underscoring that preserving life, even against long odds, is worth the effort.

The two most moving speeches were given by Andrew Pollack, the father of a student who was murdered at the Parkland Mass shooting, and Cuban immigrant Maximo Alvarez.

Pollack made a powerful indictment against the “restorative justice” policies that willfully ignored the red flags by the shooter that predicated the massacre.

Alvarez provided a moving warning about the dangers of socialism and highlighted America’s society of opportunity for all people.

These citizen stories spoken from the heart about the benefits of Trump Administration policies helped make the case for the president’s re-election more than any stump speech by a politician.

And far more so than a certain girlfriend’s bizarre six minutes of shouting accompanied with facial contortions that gave the more brazen Trump hating segments of the media the only odd moment to cluck over.

Overall the first night of the convention was well produced and the messaging was not just spot on but eloquently delivered.