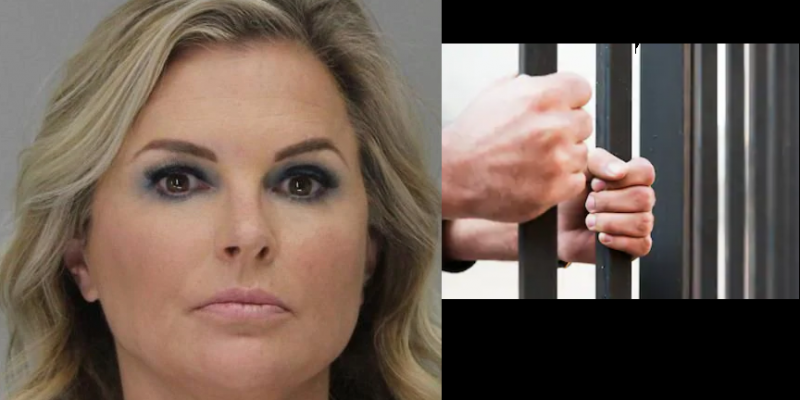 Rather than putting the special election on the Nov. 3 ballot, Abbott set into motion a month-long timetable to decide the fate of the North Texas district, recently vacated by Sen. Pat Fallon who is seeking U.S. Rep. John Ratcliffe’s vacated Congressional seat.

Fallon has endorsed Drew Springer, a middle-of-the-road conservative Republican and previously considered to be a shoe-in for the Senate seat. All that was thrown into question when the poster child of resistance to COVID-19 shutdown orders entered the race.

Salon owner Shelly Luther, a political newcomer but practically a household name, announced her decision to run over the weekend. The Hayride readers definitely know her story of being arrested for refusing orders to shut down by Dallas County Judge Clay Jenkins. Abbott sympathized, called Luther’s sentencing by a liberal municipal judge “excessive,” but did not intervene.

It will be a sprint for either of the candidates with early voting beginning Sept. 14 and the special election day being Sept. 29. Yes, a month.

The deadline for candidates to file is Aug. 28, and all voters must be registered by Aug. 31 – that’s about a week.

From the hip: The calculus from the governor’s office must indicate that a tight timetable and an obscure ballot favors Springer despite Luther’s recent star-power.

Springer maintains around a quarter of a million in campaign dollars and in his Texas House election faced an underfunded Democrat, Gainesville college professor Pat Ledbetter, in a deeply red district. Turnout will likely be under 10 percent, judging by the history of these kinds of special elections in Texas, and those who know politics (enough to know there’s an election taking place that doesn’t involve Trump v. Biden) will determine Fallon’s successor.

Geography is also worth considering. Springer has spent several terms representing the largest House district in Texas (HD 68, covering 22 counties), which contains a gerrymandered pipeline that connects the Panhandle region with North Texas. If it successfully left Texas, the House district would become the 42nd largest state in the U.S. according to Springer’s House web page. The district boundaries will surely shift after redistricting in the new decade, so it benefits Springer to make a play for the upper chamber.

Springer is a known commodity in some of the more far-flung parts of the Lone Star State due to the complexity of the district. Luther is also a well-known name – though her network may have to rely on conservative groups upset with Abbott’s response to COVID-19 in order to get word out of her candidacy. Republican clubs may be reluctant to oppose the governor with so much at stake on the November ballot and following a late convention season when they’re all supposed to be united and singing Kumbaya.

That’s not to say Luther can’t hobble together a phenom of a campaign – the kind that put the White Settlement shooting hero Jack Wilson into county office over well-known and conservative Freedom Caucus legislator Rep. Mike Lang. Time is of the essence, as is the sheer size of the district.

Relying on the conservative grassroots means that Luther must be a reliable conservative. Little is known of her political stances, other than her resistance to government shutdown orders of small, “non-essential” businesses. That may be enough, but a misstep on a priority issue such as abortion or the Second Amendment could cost her the support she absolutely needs.

Meanwhile, Springer is not the liberal Republican Luther’s early cheerleaders are portraying him as. According to a respected rating system based on legislative votes, he’s just to the left of several Texas Freedom Caucus members, and slightly to the right of outgoing Speaker Dennis Bonnen.

Given the obscurity of this election, and amid the static generated by the 2020 presidential election, positioning on the issues may not matter. This all might just boil down to getting out the vote among those willing to open a knocked-on door.

Interested in more news from Texas? We've got you covered! See More Texas News
Previous Article SADOW: Bossier Poll Shows 2021 Could Make For Electoral Turmoil
Next Article BAYHAM: The First Night of the Republican National Convention Was A Good Start