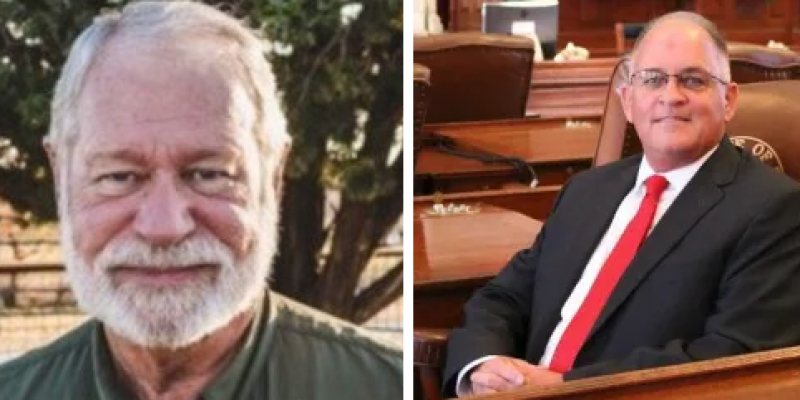 At first, the Chairman of the Texas House Freedom Caucus seemed like a shoe-in for his hometown’s County Commissioner position. But since Sunday the odds have changed dramatically.

Two-term Rep. Mike Lang‘s intention on leaving the House of Representatives to seek local office was to make his home county “a shining example of what local control truly embodies.”

Lang soon changed his mind, opting to seek a third term in the Texas House of Representatives — before changing his mind again just minutes ahead of the Dec. 9 filing deadline for the 2020 Primary ballot.

Lang was still highly favored to win what appears to be a four-person race for the Precinct 3 Hood County Commissioners Court seat.

Then the White Settlement shooting happened.

On Sunday morning, one of the candidates for the open Commissioners seat, Jack Wilson, averted a mass-killing as the leader of his church’s security committee. The gunman fired off a few rounds before Wilson fired a perfectly placed shot to the gunman’s head. Wilson was joined by several other church members packing heat during the incident that claimed three lives including the attacker.

Wilson, a licensed shooting instructor and range owner, had made targets a visual theme of his campaign advertising (“Make sure your vote is on target” is one of the slogans).

It appears Lang can’t catch a break, lately. As Chairman of the Texas House Freedom Caucus, Lang had a difficult job ahead of him during what many dubbed the “kumbaya session” with a new Speaker at the helm and even conservative leaders calling for the rank-and-file to line up behind Dennis Bonnen and put differences aside. Conservative grassroots organizations such as Empower Texans have blamed Lang’s leadership for the failure of the Freedom Caucus to be a dissenting voice.

Republican candidates for Hood County Commissioners Court Precinct 3 include Lang, Wilson, Jacque Gordon, and Terry Stamper. It is not clear if there are any Democrat or third-party candidates. The seat is being vacated by current Commissioner Bruce White.