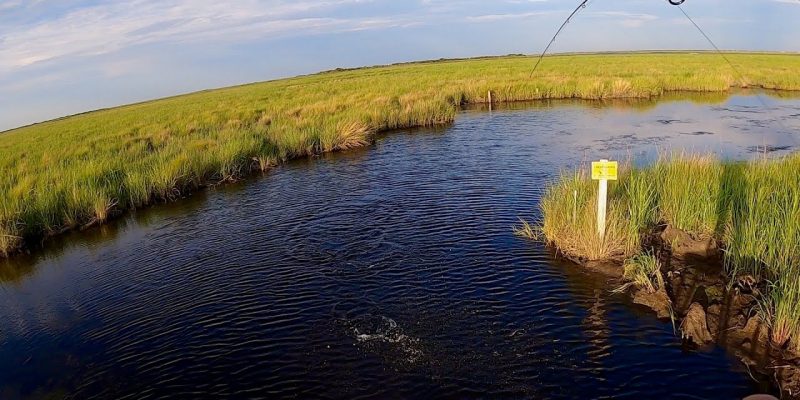 In its brief ruling Monday regarding the coastal lawsuits against some of Louisiana’s largest job creators, the U.S. Fifth Circuit Court of Appeals sidestepped many substantive issues. The narrow decision made on the issue of timeliness sends the cases back to state court for the time being. Meanwhile, Louisiana’s working families continue suffering the consequences of their government’s sue-happy legal strategy.

The court’s decision seemingly disregards the facts surrounding the case, as well as the issues raised by the defendants in the lawsuits. The lawsuits allege that oil and gas enterprises violated the law by failing to obtain or follow the terms of state-issued coastal permits. In truth, the lawsuits are nothing more than a frivolous attack waged by a small group of ambitious, well-funded attorneys against a seemingly deep-pocketed industry.

But make no mistake, these lawsuits aren’t a fight between a small state and “Big Oil.” In fact, the lawsuits target more than 200 companies, the majority of which are small and independent operators, and more than 33,000 workers employed by those companies.

The facts of the case reveal even more about the frivolous nature of these sweeping lawsuits. In 2018, oil and gas companies sought to remove the cases to federal court after a plaintiffs’ expert report revealed new, eye-opening information. Some of the wells named in the lawsuits were actually drilled during World War II while acting under the authority of a federal wartime agency. Additionally, the wells were drilled under regulations governed by the federal Petroleum Administration of War. Both of these facts suggest the lawsuits should be heard in federal courts.

However, Monday’s decision by Judge James Ho on behalf of a three-judge panel concluded in a procedural ruling that the information disclosed in the expert report did not provide new information previously unavailable to the companies. Thus, the cases were remanded back to state court on timeliness grounds.

While the private attorneys hired by the state are claiming victory in this recent ruling, it is much more likely that this is just the beginning in yet another long line of procedural battles that will play out in court over the next decade. This protracted legal fight begs the question – what has actually been accomplished since the filing of the lawsuits? The answer is, sadly, nothing. Louisiana continues to fall further behind neighboring states in nearly every category, and former state residents are fleeing to friendlier states at record rates.

And aside from the current administration and the small group of attorneys profiting from the suits, most state leaders are adamantly opposed to them continuing. Earlier this year, the Louisiana Legislature overwhelmingly passed a resolution sponsored by Sen. Sharon Hewitt (R-Slidell), calling on the parishes to drop the coastal lawsuits.

So if we aren’t gaining anything, what are we losing?

In a study last fall, the Pelican Institute found that the coastal lawsuits had a direct impact on Louisiana’s economy to the tune of a loss of between $44 million to $113 million each and every year since the coastal lawsuits were filed in 2013. The lawsuits also were directly tied to the loss of at least 2,000 jobs over a two-year period when the lawsuits were first filed, equating to $70 million in lost earnings for Louisiana workers. To be clear: the study concluded that these losses were directly attributable to the impact of the litigation risk and also do not include the losses seen in all the support industries and other jobs that aid the oil and gas companies.

In addition to the pain inflicted on Louisiana workers, the suits are also hurting Louisiana governments. As offshore drilling declined by more than 50 percent since 2013, state and local governments have lost at least $22.6 million per year in industry royalties. This means less money for schools, roads, and other infrastructure, and in some cases, working families saw increased taxes to offset these losses.

Lawsuit abuse, particularly in the form of the coastal suits, is killing jobs and opportunity for working families across our state. With oil prices bottoming out and the state economic shutdown leaving companies in greater jeopardy than ever before, now is the time to end this ill-fated strategy and put a stop to this unprecedented abuse of Louisiana’s coastal statute.

A copy of the Fifth Circuit Decision can be found here.

Daniel Erspamer is CEO of the Pelican Institute for Public Policy.

Interested in more news from Louisiana? We've got you covered! See More Louisiana News
Previous Article You Might Consider Calling Your Legislator And Asking Them To Sign This Amicus Brief…
Next Article SADOW: The Media Has Completely Disgraced Itself Covering JBE’s COVID Policy