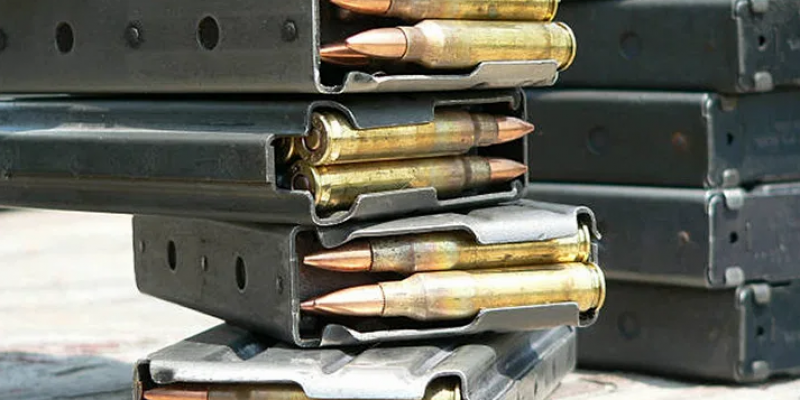 Ten new judges in just three years have made a noticeable impact on firearms freedoms on the notoriously liberal Ninth U.S. Circuit Court of Appeals.

The latest example: A three-judge panel of the Court on Friday threw out California’s voter-approved ban on high-capacity magazines as being unconstitutional.

Even more telling: The majority opinion in Duncan v. Becerra reads like a primer for the right to large-capacity magazines (LCMs), calling them “the antithesis of unusual” on the American firearms landscape.

The panel of judges sided with a lower court judge who ruled the ban unconstitutional despite it passing 63-37% via a 2016 statewide ballot referendum (Proposition 63).

A George W. Bush appointee, Judge Consuelo Callahan, and a Trump appointee, Judge Kenneth Lee, made for the majority of the judicial trio. Prop. 63 was an overreach by the voters, Lee wrote, as it “substantially burdens the core right of self-defense guaranteed to the people under the Second Amendment. It cannot stand.”

Prop. 63, the majority ruled, was “sloppy” and “fails under strict scrutiny for lack of narrow tailoring.”

Lee noted in his 60-plus page opinion that the 115 million large-capacity magazines in the U.S. would be prohibited in the nation’s most populous state (40 million by 2019 population estimates). In Prop. 63 are no carve-outs for residents who live in California’s wilderness areas or a “grandfather clause” for existing owners. By contrast, LCMs are allowed in 41 states, Lee wrote.

“Many Californians may find solace in the security of a handgun equipped with an LCM: those who live in rural areas where the local sheriff may be miles away, law-abiding citizens trapped in high-crime areas, communities that distrust or depend less on law enforcement, and many more who rely on their firearms to protect themselves and their families. California’s almost blanket ban on LCMs goes too far in substantially burdening the people’s right to self-defense,” Lee wrote.

Lee affirmed U.S. District Judge Roger Benitez’s 2019 decision in favor of plaintiffs Virginia Duncan and the California Pistol & Rifle Association. The case determined large-capacity magazines are often kept by “law-abiding responsible citizens for lawful uses like self-defense” — making headlines for his suggestion that women would benefit from the added ability to defend themselves.

“This is a huge win specifically for the right to possess these valuable self-defense tools,” Michel said. “But more generally, this case may present the Supreme Court with an opportunity to set things straight on the underlying issue of what the standard of review test should be when considering any Second Amendment challenge.”

According to several sources, California Attorney General Xavier Becerra, the defendant, is considering whether (and how) to intervene, possibly triggering U.S. Supreme Court action on the case as Michel suggested.

Of particular interest to aficionados of automatic or repeating firearms: Lee included a brief outline of the history of multi-shot guns going back to the 16th Century. Large-capacity magazines for semi-automatic or even automatic firearms, he said, would not have been “novel or unforeseen inventions” by the Framers of the U.S. Constitution.

“The historical prevalence of firearms capable of holding more than ten bullets underscores the heritage of LCMs in our country’s history,” Lee wrote, noting their role in the American Revolution and various uprisings.

Lee mentioned in the ruling that variants of Glock pistols often come with 17-round magazines, aside from subcompact models. The Beretta Model 92, he said, has come standard with a 16-round magazine since its introduction in 1976.

The judge added that LCMs were involved in just 31 incidents between 1982 and 2012 in which four or more persons were killed.

The lone dissenter on the panel, visiting Judge Barbara Lynn of the Northern District of Texas, herself a Bill Clinton appointee, said Prop. 63 does indeed place a burden on the Second Amendment but not a “substantial burden” as the law does not restrict the quantity of magazines a person may legally own.

Interested in more national news? We've got you covered! See More National News
Previous Article Federal Judge: The Only Escape From JBE’s Shutdowns Is Outmigration
Next Article You De-fund Police, We Freeze Your Tax Revenue: Big 3 Roll Out Proposal For Texas Legislature