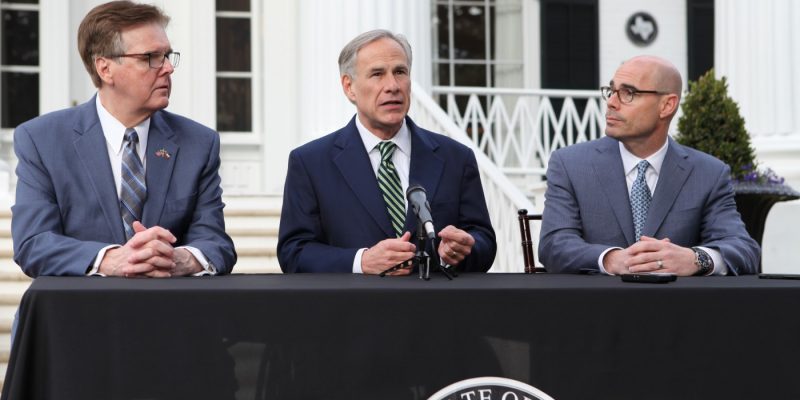 The announcement comes on the heels of the all-Democrat Austin City Council voting unanimously to cut its city police department by a third and farm out responsibilities to various city departments and subsidized projects, including “abortion access.” The Council slashed $150 million out of the department’s $434 million budget, which included canceling cadet classes and decimating the city’s mounted patrol unit.

On Tuesday, each of the city’s open Council seats in the November 2020 election were contested by conservative or at least conservative-leaning candidates.

Abbott said any deficit in local patrolling in the capital city will be made up by Texas Department of Public Safety state troopers. Mayor Steve Adler pointed out in a response this afternoon that no officers were laid-off in the budget.

From the hip: The Texas Legislature is scheduled to convene this spring, during which the proposal will likely be heard earlier than other bills with a governor’s “emergency item” status.

This is not the usual local government sleight-of-hand act by which the tax rate is decreased, while a rapidly growing tax base all-but assures that the tax levy will still increase during the next year. Rather, this proposal (we’re still looking for a substantive document to review) targets tax revenue. If this little but significant detail remains intact through the 2021 legislature, then Austin will have to rely on 2020 funding levels (with no adjustment for inflation) each year until policing is fully funded to the satisfaction of the law.

In short: Abbott is furious with the city of Austin. However, it stops short of a plan proposed by former Travis County Sheriff Terry Keel to replace the Austin Police Department with state troopers, or even long-shot suggestions to disband the city of Austin and replace it with a state-run administrative district (think: the Texan and state-level equivalent of the District of Columbia).

Watch for a response by Austin city leaders, but the timing of this announcement is also worth considering: the deadline to file for local office on the November ballot passed at midnight. How a candidate responds to today’s proposal instantly becomes a campaign issue. And with every incumbent favoring de-funding — and one suggesting demolition of Austin Police Headquarters downtown — the battle lines are already clearly drawn.