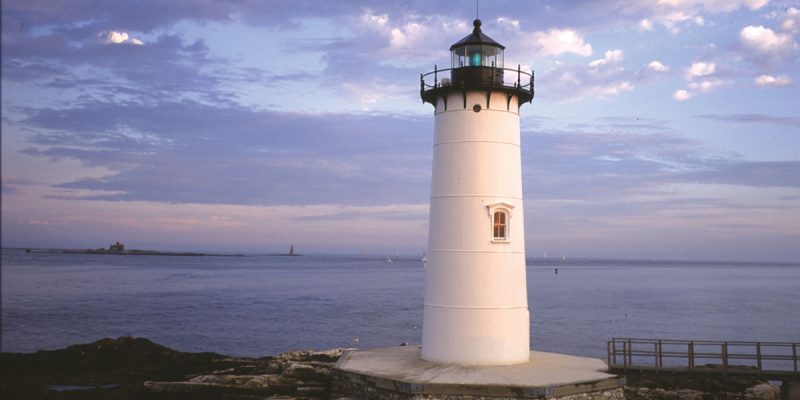 A lighthouse is a quiet, but forceful presence in a storm. It must be robust and sturdy to remain on watch throughout whatever storms approach from the far horizon. It cannot quit. It cannot falter. It cannot surrender to the forces designed to destroy it. Its flashing beacon projects guidance and security, especially when the seas roil against it and us. After all we are all mariners in life and everyday, we must check our compass and charts to avoid disaster, and the lighthouse is there, on our charts, to warn us against disaster.

While the above is allegory, I must submit when I gaze upon a picture of a lighthouse is see security for America’s future. Not to be too maudlin, but that’s how I view our current president, his administration and their performance for the past three years. Are they deserving of another term? Indubitably!!!

The Trump lighthouse has been, for once in my lifetime, a robust beacon against the forces which want to destroy America and everything it stands for. This is not an exaggeration, but clear fact. From the moment he was elected, and maybe before, dark forces in the Democrat Party converted our federal law enforcement agencies into rabid hounds, abusing time-honored processes to prevent the Trump Administration from accomplishing any objective, even if it meant Donald Trump’s impeachment and removal from office. We all witnessed this and are still watching the flailing DNC’s continued attacks on the Trump presidency. But like the solitary sentinel of the seas, the President and his loyal followers have kept the beacon burning and flashing, while the storm raged against his ramparts. And America is better for it.

As I write this, more storms slash at the President. The dark atmosphere of the DNC has gathered black clouds and strong winds to assault the White House every day. Gales from a corrupt news media, cannonball-sized hail from the Democrat-controlled House of Representatives, piercing assaults from a corrupt judiciary, and relentless currents of criminal organizations swirl in the streets of some of our major cities. Still, the lighthouse stands, flashing its beckoning beacon to the American people, warning us where the ubiquitous perils lay.

We cannot navigate by the stars, for they are concealed by the storms. We have a compass, but sometimes it’s difficult to find true north, because the seas toss us incessantly and prevent us from getting an accurate reading. But above our binnacles, we can see the sparking beacon on the horizon, warning us to travel with care and avoid the deceptive reefs and shoals, which can shred our hulls, while being concealed by shallow waters.

Yes, Donald Trump is that lighthouse, and he still stands against forces no president has had to weather in the past. Because he is not of the elements which attack him, he is attacked. Because we are not of those elements, we are attacked. Our individual ships are often tossed by angry seas, seeking to drive us to the depths, and deprive us of safe passage in this life.

But on November 3, 2020, a massive fleet of Americans will embark on a mission to surround our lighthouse, reinforce it, brighten its beacon, and insure its purpose stands for generations to come. For the lighthouse does not belong to one man, but to one people, who only seek freedom and peace, and prosperity for itself and its posterity. Let the American fleet of voters tell the storm of destruction that we will not tolerate any force which poses any threat to our lighthouse or our safe harbors.