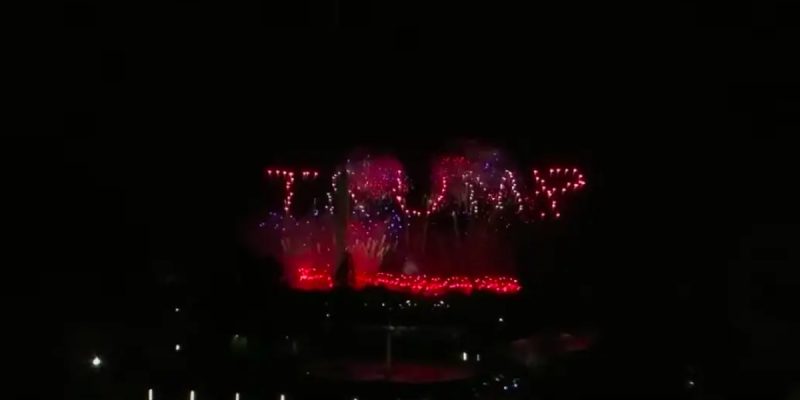 He’s still pretty much an anti-Trump pundit, but The Resurgent’s Erick Erickson is now saying he expects the President to be re-elected.

Erickson doesn’t think this because he’s impressed with Trump, of course; he’s trying to hold on to his anti-Trump cred, I guess. He allows that the GOP convention was well-run, which is an understatement; this week’s festivities were an absolute maximization of the allowable circumstances for a political convention, and probably set a new standard for how to run a 21st century political convention.

Instead, Erickson says Trump’s going to win because the Democrats have gacked it. His reasoning is as follows:

This is undoubtedly true. The reason Team Biden (which isn’t really Biden’s team at all; he’s just the figurehead they’re using for now) believes it is they were able to ride the Trump-Russia narrative and the Mueller investigation, along with some favorable circumstances (the first midyear election jinx, in which the President’s party usually takes it on the chin, plus a whole host of retirements among Republican House members), to reinstalling Nancy Pelosi as House Speaker. But the Russia hoax has been exposed as such and now it’s Obama administration alumni who are under investigation for running a Watergate on steroids. And while Corporate America might have bought into the Black Lives Matter narrative and its anti-Trump, anti-America overtones, the public’s acceptance of that was fleeting and mostly based on politeness; the longer that has gone, the less power it packs. More on that below.

Yes, but what Erickson misses, which is related, is that the public overwhelmingly blames China for the virus. The fact that they do plays into Trump’s economic narrative, which is that we are far too dependent on a hostile communist regime for far too much of our national supply chain, and decoupling from China is the number one economic and national security imperative of the next four years. Biden, who a very reasonable perception would hold is bought and paid for by China, has no answer for this. So blaming Trump for what a Chinese virus has done to what was a good economy is a non-starter.

Now, you could make the argument that the Trump economy, robust as it has been, was heading into a trough just before the virus hit. There is evidence to support that contention, and the economy was indeed due for a recession. The problem is, that’s an in-the-weeds argument to sell to the American people; to them, the economy was doing fine and then it wasn’t, and the virus was the major intervening cause and that’s it. It’s also pretty obvious that Trump’s economic performance was better than Obama-Biden’s, so if you want the economy to rebound from the virus he’s got the better resume to make that happen. Everything about Biden’s economic narrative is wrong, and it paints him as an economic illiterate (which he is). It doesn’t help that he’s embraced so much of the Green New Deal, which is pure fantasy and everybody knows it.

Biden’s national mask mandate idea was unmitigated stupidity, because to push it he now has to go around with a mask on or else he looks like a hypocrite. Meanwhile Trump will be going around with a smile, rather than a mask, on his face. For an American public which, while having been whipped into hysterics over COVID-19, nevertheless wants all this to be over, Biden’s presentation and his promise to impose more inconvenience on the public – which is purely poll-driven and not based in science or sound public policy – signifies to the American people that it’ll never be over if he’s elected. He’s given Trump an easy lane to victory here. All Trump has to say, repeatedly, is that he’ll get us past the virus while Biden will use it to expand government’s control over your life.

This is the crux of the election and Erickson deserves some credit for recognizing the obvious.

The Democrats had established themselves during the Obama years as the party by and for people incapable of doing a proper job at honest work, which they judged, somewhat correctly, was a majority of the voting public – the poor, the disabled, those who bought into the idea that this is a racist country where minorities can’t get ahead no matter how competent they are, and so on. That pitch worked to elect Obama, largely because it gave Americans an easy and productive, by the standards of the Democrats, mechanism to reject it: vote for the black guy. The country proved it wasn’t racist by giving Obama the job, twice. That was a dumb thing for Americans to do, but then again Republicans were running two out-of-gas candidates against him in John McCain and Mitt Romney that GOP voters themselves didn’t even like.

But this Party of Losers narrative should have gone away after Obama, because the Democrats are going to have trouble selling it without marrying it to the novelty of the first black president. They’ve tried finding someone to offer as a first female president in the last two cycles to maintain the novelty advantage and that’s been a failure. First, because they don’t have anybody sellable in that role; Hillary Clinton, Kamala Harris, Liz Warren and Amy Klobuchar are all harpies and termagants and even Democrat voters are turned off by them.

But second, it simply isn’t that big a deal whether America has a female president. There are lots of female governors and senators, there are female cabinet members and have been for a long time, there have been female presidents of other countries. The novelty of it isn’t really there. Everybody knows it’s a matter of time before a woman is president, so the question is whether she’ll be any good. That neither Clinton nor the gaggle of gals in their 2020 field were attractive candidates doesn’t just rob the Democrats of the ability to paint Trump and the GOP as sexist ogres, it also damages the Party of Losers narrative.

Maybe the losers shouldn’t be running the country if Liz Warren is the best they can do, is the thinking of Joe Six-Pack American.

And when you offer Joe Biden, whose entire political career has been dotted with racist gaffes and sexist gropings and creepings, you really don’t have that narrative of this is a racist, sexist country and Democrats are the only ones who can fix it.

So the answer is to use Democrat-run cities as petri dishes for the Hard Left’s make-believe revolution and then blame those riots on Trump.

That was never going to work. It’s the dumbest plan the Dems have ever hatched.

Here’s the dirty little secret about all these cities the Democrats control: they’re not that big.

Sure, New York is huge. So is Chicago. Even Los Angeles, which is more a polyglot of small towns smashed together, is still a big city.

A lot of the others where there have been “mostly peaceful” riots? Not really.

Take Minneapolis. The Minneapolis-St. Paul metro area is 3.4 million people. How much of that is Minneapolis proper? About 420,000. St. Paul is another 300,000 or so. Which means almost 2.7 million of that 3.4 million metro area are suburbs you probably never even heard of. Wayzata. St. Cloud. Bloomington. And so on. Those suburbs aren’t all run by Republicans, but they sure as hell aren’t run exclusively by the Hard Left. And if Antifa or Black Lives Matter shows up out there to burn down shopping malls and block interstate highways, they’re going to meet a lot more resistance than in a city run by a leftist clown mayor like Jacob Frey.

Portland is the same way. That’s a city of 600,000 in a metro area of 2.1 million. Seattle has about 750,000 people in a metro area pushing 4 million. San Francisco, St. Louis, Philadelphia, Washington, DC, New Orleans – all over the country the population is in the suburbs, not the inner city. And while there are lots of Democrats in the suburbs absolutely nobody there is either in favor of, or will put up with, the kind of lawlessness you’re seeing in these cities. Kenosha, which is more or less a suburb of Chicago, is an example. Kyle Rittenhouse was inevitable even before he showed up there.

And yet Joe Biden is now the candidate of the mob. He bought that, and now he’s going to pay for it, by not saying a single word in objection to that lawlessness at his convention, much less before it. Don’t forget about Biden’s staffers paying bail for rioters. And as Erickson suggests, the Democrats aren’t fooling anybody by blaming Trump for the lawlessness taking place in cities where you can’t even find a Republican. All Trump needs to do is remind everybody that he’s got a standing offer out to all of these blue-state governors and mayors that the feds are ready and willing to come in and take out the trash if they’ll have them, and none of them have accepted, so it is 100 percent on their heads and not his if their cities are burning.

I don’t know how they can escape this box they’ve put themselves in. Despite the media’s downplaying of this week, I expect Trump’s convention bounce is going to be as big as Biden’s was small (Biden actually had a negative bounce, truth be told), and I think the drama in this election will start to revolve not around the presidential race, which could start to become a foregone conclusion, but the House races in which Pelosi’s majority might begin to look very shaky. The GOP has a whole lot of very presentable challengers in those swing districts the party lost in 2018, and the Democrats holding those seats all have lots of unpopular votes to defend. If the momentum is on the Republican side, those races could look a whole lot different than everybody has assumed for the last few months.

Erickson is correct that the Democrats have done more to lose than Trump has done to win at this point. That’s a function of who they are. He’s of course selling Trump short, but with the wide open lanes the President has available to clobber Biden with, it’s becoming hard to imagine Team Trump won’t take them.