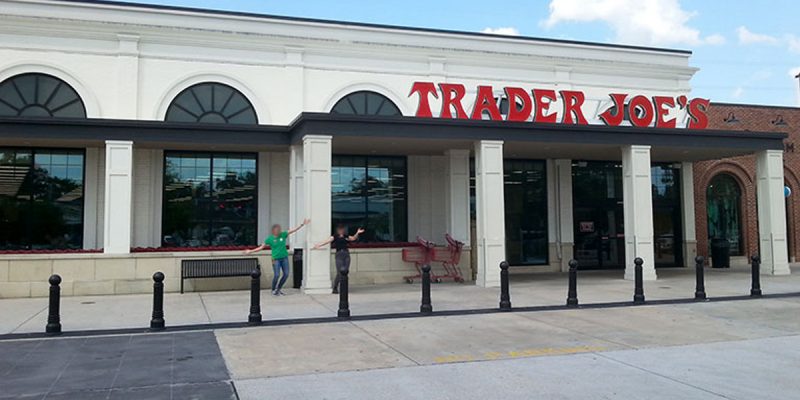 Sharon Weston Broome’s lurch to the Left in an effort to head Denise Marcelle off at the Social Justice Warrior pass has begun. After three days in which it was apparent Baton Rouge police were not going to make an arrest in the Trader Joe’s case, now we’ve got what we all thought was coming.

Baton Rouge police have issued a warrant for the arrest of a 24-year-old man, Jace Boyd, and will charge him with second-degree murder and illegal use of a firearm in connection with the fatal shooting Saturday of a 61-year-old man, who was allegedly panhandling and harassing customers in the parking lot outside Trader Joe’s in the Acadian Village Shopping Center.

Boyd is expected to turn himself in later today, police say. Tenants of the busy shopping center told Daily Report Monday that the victim, Danny Buckley, was a regular panhandler in the area. His son, Donnell Buckley, declined to comment earlier today. Boyd’s attorney, Shane Hinch of Lake Charles, did not return a call seeking comment.

There is a lot going on here which is under the surface but which everybody already knows. Namely, that the commercial spaces in Baton Rouge are overrun with beggars and bums. The Trader Joe’s parking lot has been a hotspot for them and people have complained repeatedly to BRPD, with zero results.

Siegen Lane is even worse. And every exit off I-10 between Highland Road and Dalrymple is a circus of panhandlers peddling various sympathy scams.

Panhandling is one thing, but this Danny Buckley character was something else entirely. Lots of stories about him have been circulating, like he would seek to trap people behind cars and insist on cash, or he would loudly and profanely berate customers of Trader Joe’s and the other businesses in that shopping center for refusing him. We’ve even heard racial abuse thrown their way.

And Sharon Broome’s BRPD has done nothing as beggars and bums have descended on regular people in an increasingly aggressive manner.

There are even homeless camps cropping up in wooded areas of southern Baton Rouge. Somebody actually filmed one of them, in the woods off I-10 between the Siegen and Bluebonnet exits, with a drone, giving it the delightful moniker “The Hobo Kingdom.”

That was a year ago. It’s still there.

Well, now somebody did something about the problem. It took a 24-year-old with a gun defending himself and his wife against an over-aggressive panhandler who we’re told went way over the line on Saturday, and because the shooter is white and the beggar black, and because race-hustler deluxe Gary Chambers took to railing against the fact Boyd shot a Person of Color and is “getting away with it,” Broome is now using her puppet police chief Murphy Paul to plunge the city into turmoil.

If this doesn’t finish her re-election effort off, it’ll finish Baton Rouge off. If Boyd is convicted it will be absolute open season on commercial shoppers in this town, and what economic activity is left after the COVID shutdowns will grind to a halt.