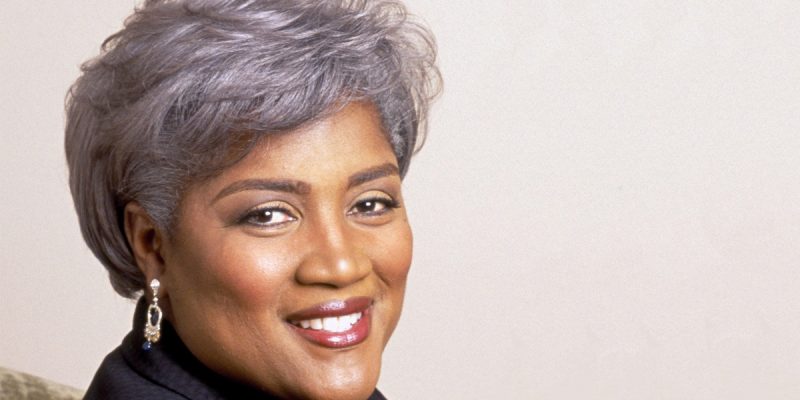 It seems today is Stupid Video Day on The Hayride, as our earlier post on the moronic protesters in Lafayette trying to block an F-250 pickup truck from getting gas on Evangeline Thruway might be only slightly dumber than this exchange from Fox News earlier today.

It’s a segment from Fox and Friends, with conservative pundit Tammy Bruce and our old pal Donna Brazile, who got herself thrown out as chair of the Democrat National Committee four years ago for having helped to rig her party’s 2016 primary in favor of Hillary Clinton. We never could quite understand why this was such a terrible thing for Brazile to have done, seeing as though the guy she was screwing out of the Democrats’ nomination was Bernie Sanders, a socialist with zero chance to win who had never been a Democrat other than when he attempted to hijack that party. As a party official it was absolutely proper to deny an interloper like Sanders the keys to the kingdom; Brazile’s disgrace mostly came from the fact she tried to do it surreptitiously.

That’s an entirely different column, though. We’ve plowed that ground before.

The intervening time between then and now really hasn’t been all that friendly to Donna Brazile. She looks a lot older, for one thing, and like the Democrats’ nominee Joe Biden, who managed to outlast Sanders without the same level of shenanigans Clinton’s camp, Brazile included, were guilty of, she seems like she’s slipping.

But for some reason Brazile has managed to land a gig as a talking head on Fox News. Why this is confuses us, because it isn’t like she has all that much insight to offer. This morning she proved that by filibustering and babbling her way through a five-minute segment about last night’s first round of RNC speeches. And when Bruce answers Brazile’s comments by talking about how Republicans are contrasting the Democrats’ message that America is a racist, unjust country by showing people from all kinds of backgrounds and demographics who believe in this country, Brazile proceeds to filibuster even more, telling Bruce “you don’t acknowledge my existence” and whining about 400 years of oppression.

Perhaps that’s the strategy and she’s just executing it. Just rail against this country and when someone presents a different view, rail harder and shout accusations. But exactly who this is going to persuade, and exactly how mindless babbling like that is supposed to win anything, eludes us. Ben Domenech was exactly right when he trashed Brazile for her rant and said this kind of argumentation, that anyone who refuses to buy into the “America is racist” premise is himself a racist, ought to be pushed back against with all possible effort.

What it sounds like is that Donna Brazile has lost her mind just like Biden and she’s no longer capable of doing talking-head work on a cable news network. And that whoever made the decision at Fox News to start booking her for commentary blew that call big-time.

They’re going to have Democrats for their little gladiatorial debates. That’s the format. But babblers and filibusterers like Brazile has become make a mockery of that format. We wonder whether Brazile is going to last the week at Fox News.