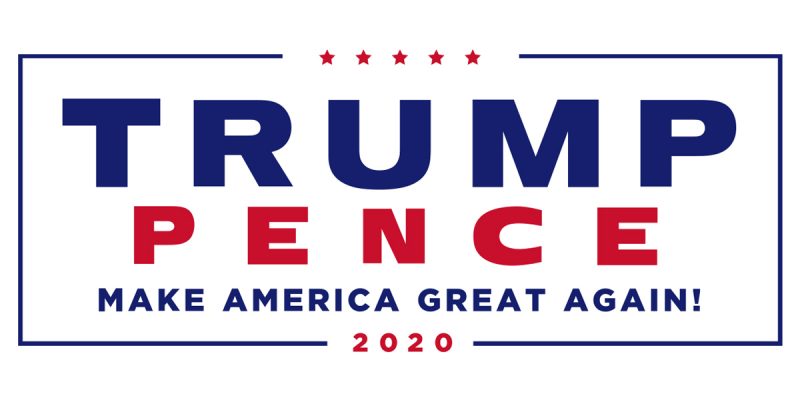 We have now seen the national conventions of both major American political parties.  Each presented their plans and platforms for governing.  There should be no confusion about any of this because they have each written and stated their goals clearly and emphatically.  What did we learn about their respective policies and agendas?  The differences between the Democratic case and that of the GOP are stunning.

In summary fashion, the Trump-Pence ticket, running on a strong “prosperity” agenda, includes a heavy focus on continued job creation which had exploded after the Trump Tax Cuts prior to the virus.  The Trump Administration plans on creating 10 million new jobs in 10 months, creating 1 million new small businesses, cutting taxes to boost take-home pay, and keeping jobs in America.  It also plans to continue enacting fair trade deals that protect American jobs and advance “Made in America” tax credits, expand Opportunity Zones, and continue its deregulatory agenda for energy independence.  On the Covid front, the Trump Administration will continue pushing aggressively to develop a vaccine by the end of 2020, manufacture in the U.S. all critical medicines and supplies for healthcare workers, while also refilling stockpiles and preparing for future pandemics.

The Trump Administration also plans to continue addressing the China threat by bringing back 1 million manufacturing jobs back from China and d0ing so by providing tax credits for companies that bring back jobs from China; allow 100% expensing of deductions for essential industries like pharmaceuticals and robotics companies who bring their manufacturing back to the U.S., while also prohibiting federal contracts from being awarded to companies who outsource to China.

Regarding healthcare, the Administration will continue to fight to lower prescription drug prices and put patients and doctors back in charge of our healthcare system while also lowering healthcare insurance premiums and ending surprise billing.  The health plan would also continue to cover all pre-existing conditions.  It would protect Social Security and Medicare, while further protecting our veterans and providing them quality healthcare and services based upon the individual veteran’s choice.

On the education front, the Trump Administration would provide school choice to every child in America and teach actual and accurate American history while emphasizing American Exceptionalism.  The Administration’s governmental reform plan includes passing congressional term limits, ending bureaucratic government bullying of U.S. citizens and small businesses, continuing to expose the “swamp” and Washington, D.C.’s corrupt money trail, while seeking every method by which to delegate powers back to the states and the people.

The Administration further plans to end illegal immigration and protect American workers including blocking illegal immigrants from becoming eligible for taxpayer-funded welfare, healthcare, and free college tuition.  It also includes mandatory deportation for non-citizen gang members, dismantling of human trafficking networks, while also ending sanctuary cities in order to restore our neighborhoods and protect our families.  The agenda also includes prohibiting American companies from replacing American citizens with lower-cost foreign workers. Perhaps most importantly, it would require new immigrants to be able to support themselves financially.

This is the pro-America agenda—pro-life, pro-family, pro-2nd Amendment, pro-small business, pro-jobs and employment of Americans, pro-national defense, and pro-American constitutional values.  The Trump-Pence agenda could not be more different from the Biden-Harris Democrat agenda.