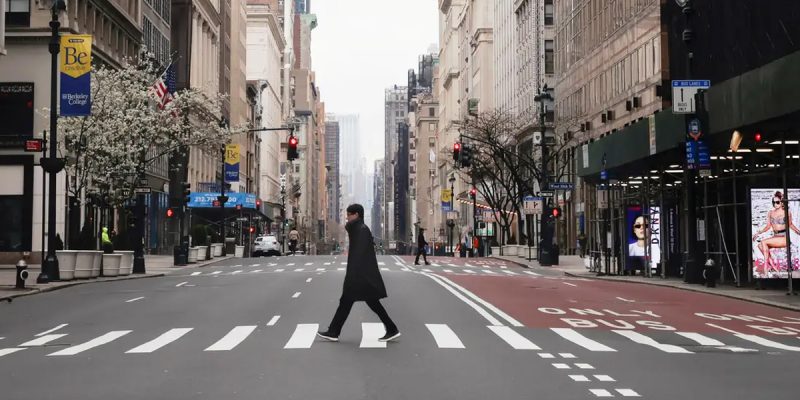 By now it’s quite possible many or even most of our readers have read the essay “NYC is Dead Forever; Here’s Why” by James Altucher, the hedge-fund manager, author, podcaster and entrepreneur who recently fled the Big Apple. If you haven’t, find it here.

As I read the essay, I sensed two strong emotions emanating from the writer. First, he clearly was frustrated with those who had destroyed his world, his whole life. But worse perhaps there was a sense of sadness over the loss of something that he truly loved. He had after all experienced the sharp decline of one of our greatest cities and with it everything that he had invested his life into. And, whether out of fear or despair, he drew the conclusion that there is nothing he nor anyone else can do to save it.

Placing myself in his shoes I could not help but think about something that I have written about many times. It is my own little economic theory, a simple idea that I sincerely believe in. It goes something like this “A city will exist only for as long as there is an economic reason for it to exist”. The quotes are mine.

So, what does my expression mean?

Simply that throughout man’s whole tenure on this planet cities have come and gone, but their vitality and their very existence has always had an economic raison d’etre. In pre-history people banded together to form cities as a means of protection from others who lived by raiding. And why were these others raiding in the first place? Because as man had changed from hunter gatherer to farmer, rather than take risks and work the earth for themselves, many still found it more profitable and reliable to steal from others. Economics in its crudest form. So, in those days, cities formed because they were defensible, had water, and were in regions suitable for agriculture. If any of these metrics failed, the inhabitants were wiped out and the city disappeared.

By the middle ages, cities had become not only places of security, but also places of commerce. Instead of just agriculture and raiding, as trade had become as important or more so than the other ways of providing sustenance people had learned the fundamentals of capitalism. There were many reasons cities formed and disappeared during these times. Like earlier cities, if they were ill sited, then they may not have had water or food enough for the inhabitants. If they were ill protected, raids or war may have caused them to be eradicated. But by the middle ages to these other reasons were added that if they were not technologically advanced for their time, if they were not geographically located on trade routes, or if they had the wrong goods or a lack of goods to trade, the city simply became obsolete and faded away.

In our modern world the demise of cities has slowed, but the relative prosperity and growth of cities, subject to economic factors, is constantly in flux. Whether a city grows or provides a path to prosperity for its inhabitants is solely a function of its ability to compete with other cities on the global economic stage. No ability to compete, no prosperity, no growth, no reason to exist, slow but inexorable decline.

Large cities like New York have a form of economic inertia that will usually carry them through periodic hard times. That is, assuming that hard times are caused by periodic external forces and not by economic obsolescence. In such cases the external forces eventually abate and the city’s core economy is still relevant as in reaction to changing times.

But even the inertia of large cities will not be able to overcome decline if the city is takes too long to react to change or if it loses sight of the fundamental reasons that a modern city is viable in the first place. A current example was the demise of once-strong Detroit. Politics, unions, and bad business decisions drove up manufacturing costs until its core business, auto manufacturing companies, lost their ability to be profitable. Thereafter Detroit became obsolete and the companies moved away to other places where they could be competitive.

The process of economic obsolescence, though, is amplified in smaller cities that have a less diverse business structure. By example are the closure of so many old mining towns of the west and the many small farming communities in areas where for profit farming is gone.

Through history there have been powerful examples that illustrate that even cities far more robust than Detroit have fallen prey to the effects defined by my thesis that a city can exist only if there is an economic reason for it to exist.

Rome was once the greatest city in the ancient world, an economic powerhouse like no other before it, at its peak in ancient times a metropolis of perhaps a million inhabitants. But as the Roman model fell into economic obsolescence the population left for better opportunities. By about 600 AD there were only 30,000 inhabitants in Rome, then really a group of villages on top of the remnants of ancient Rome, and wild animals prowled the streets. When Rome’s economic basis slipped away, the population decamped for other attractive economic centers of commerce, many ending up in the cities of the new Holy Roman Empire. It took a thousand years until the economic foundation for Rome to exist as a viable city was recaptured and for its population to rebound. In fact, had it not been that it was the capital of the Christian Church, Rome, like so many earlier prominent Greek cities before it, probably would have disappeared entirely.

So, will New York ever make it back from the ruin portrayed in the Altucher essay? Will it respond to stresses brought on by years of liberal political policies and a technological sea change brought on by the internet? It’s far too early to tell, New York has that big-city inertia that will keep it moving for years to come. But this we do know, if New York does not institute fundamental change in its political and business climate, eventually its economic inertia will not be able overcome the many retarding forces that it is being subjected to. If nothing changes New York will slowly decline as competing cities with better economic models suck away its life forces. This is what Mr. Altucher was alluding to, except to his thinking it is already too late for New York to respond.

Grave red flags are waving. Many American cities, especially small cities, that have accepted the folly of believing that they are invulnerable to the forces of economic change must evolve or die. As history is prologue., the America of tomorrow may not look much like the America of today.

Nothing in life is permanent and the life and death of cities is wholly controlled by decisions that their own citizens make.

Interested in more national news? We've got you covered! See More National News
Previous Article SADOW: How About A Little 21st Century Transparency, Bossier City?
Next Article Louisiana’s Neighbors All Have A High School Football Season. Why Don’t We?