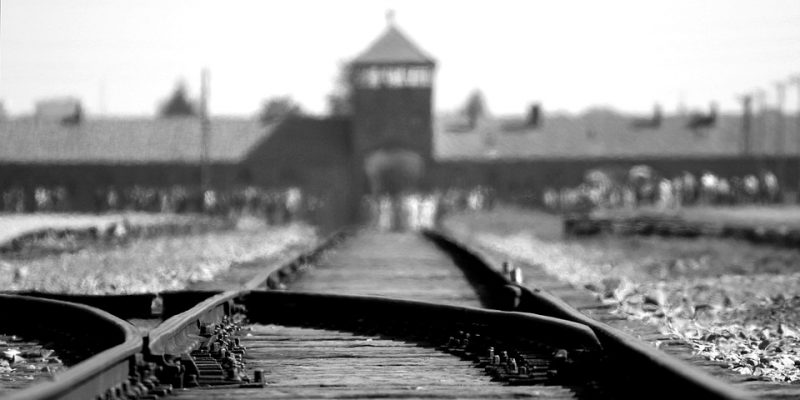 Perhaps the most stinging indictment yet of the existing and antiquated American education system was the release of polling data documenting that millennials and their junior demographic Generation Z were overwhelmingly ignorant about the Holocaust.

The Holocaust represents the darkest moment of the 20th century, the coldly efficient practice of barbarity on an industrial scale that is one of the lowest points in Western Civilization.

Yet somehow our teachers, textbooks, curriculum developers, and school administrators completely failed to enlighten two generations of American young people about the mass slaughter of millions of elderly, women, and children for possessing forbidden bloodlines, religious beliefs, and customs.

And perhaps no time in the post-World War II society is an understanding of the Holocaust most needed, particularly as partisan comparisons to Hitler  and the catcall NAZI are common currency in political rhetoric.

Apparently many of the rising generations’ serial hurlers of those epithets don’t even know what their insults mean.

Widespread ignorance about the Holocaust is a stain on our supposedly more progressive society and an insult to the memories of those who perished in death camps an astounding number of millennials couldn’t name.

Corrective action is in order and a change in what and how history is taught is long overdue.

First, a new emphasis on history must be stressed in education. While those who gravitate to math and science oriented subjects mock the practical value and relative importance of history, it is learning the failings and struggles of past generations that provide illumination about the right path to pursue forward.

Naturally cultural Marxists tend to count themselves as part of the anti-history crowd as they believe in overturning and smashing the past to create a blank slate on the human consciousness that they can manipulate to their purposes.

Also a fair reading of history would fully condemn the merits of their position as their Utopia is obscured by the piles of body bags that are the true legacy of Communism-Socialism.

Secondly, 20th Century history must be taught as a stand alone course.

Most of the people alive today were born, lived, and were shaped in the past century. Yet that time can ill-afford to be taken for granted.

Technology and the nation-state developed faster in the 20th century than any other period in the entire existence of mankind.

That dynamic era must be closely studied to better appreciate the why’s and how’s and not just the what’s and when’s.

To say reading about the Sumerians is just as important as the Soviet Union is ridiculous. The 20th Century cannot be in a phoned-in, rushed chapter in a World History class as an instructor races to beat the school year bell.

Third, the Holocaust deserves five days of teaching and not simply cameo appearances along a World War Two timeline.

Ideally it would be taught before World War II is covered and broken into five days.

The first day should center on pre-NAZI era massacres, specifically the Ukrainian Holodomor (Stalin’s engineered starvation of millions of people) and the Armenian holocaust at the hands of the Turks, the alleged inspiration for Hitler’s Final Solution.

Students must be taught that what happened under the NAZIs wasn’t a one-time thing and unprecedented in act, though very much so in scope.

On the second day students should be issued identity papers of someone who experienced the NAZI persecution, just as visitors touring the Holocaust Museum in Washington are given at the beginning of their visit. The document should contain information about the person’s life before the Holocaust.

From there the subject should focus on the rise of Hitler and the enabling and racial laws that were implemented in Germany.

Also Hitler’s development of the total dictatorship and the methods employed, especially the role of the brown-shirts/stormtroopers in creating fear and enforcing obedience across the country needs to be taught.

On the third day Hitler’s sterilizing of the physical undesirables and the outright persecution of Jews from shutting down businesses to Kristallnacht should be covered.  The Wannsee Conference should be delved into.

On the fourth day the Shoah in all its horrific dehumanizing detail should be taught, from the camp processing to the wicked experiments performed by the sadistic Josef Mengele.

The fifth day should be reserved until after the subject of World War II is completed with the Nuremberg Trials. At that time the fate of the individual whose identity papers were issued to each student should be revealed. It’s important that some of these are people who survived the Holocaust as testament to the failure of Hitler’s vision to exterminate an entire people and to demonstrate that it was possible for people to somehow survive the worst cruelties ever perpetuated.

I’d also reserve a portion of that day to touch on the Killing Fields of Cambodia, the Rwanda massacres, the atrocities committed during the Yugoslavian Civil War, and Saddam Hussein’s gassing of the Kurds.

Students must be taught that mass murder and evil didn’t die with Adolf Eichmann’s execution in Israel.

Without a clear understanding of what happened and eternal vigilance, “Never again” can very well become sooner than you think.

Interested in more national news? We've got you covered! See More National News
Previous Article PERRICONE: Don’t Let Your Freedoms Slip Through Your Fingers
Next Article VIDEO: This Is What You Get When You Allow Critical Race Theory In Schools