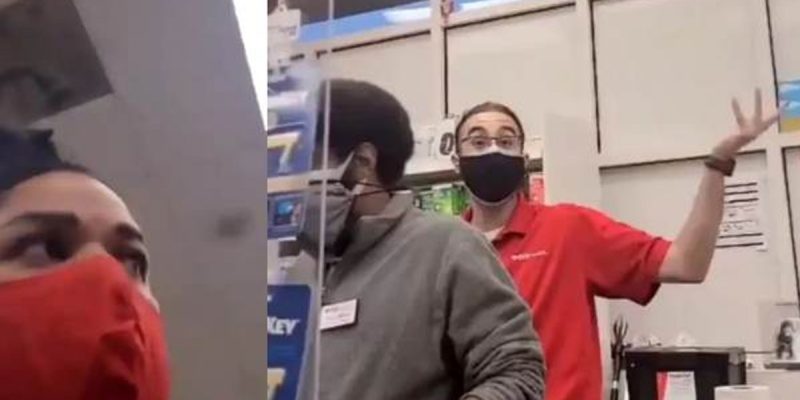 First, President Trump gave a speech yesterday in which he unloaded on the intellectual scourge that is Critical Race Theory…

Speaking at the National Archives on Constitution Day, President Donald Trump ripped Critical Race Theory–the left-wing ideology that purports that racism is an effectively permanent and inescapable feature of American society–saying that it was a form of child abuse to teach it to children.

“This is a Marxist doctrine, holding that America is a wicked and racist nation — that even young children are complicit in oppression — and that our entire society must be radically transformed,” said Trump.

“This is offensive and outrageous to Americans of every ethnicity,” Trump continued, adding: “It is especially harmful to children of minority backgrounds who should be uplifted, not disparaged. Teaching this horrible doctrine is a form of child abuse in the truest sense of those words.”

Correct, of course, and correct on more levels than just the educational rot that Critical Race Theory represents and the damage it does to black kids.

The worst of Critical Race Theory shows up later in life when people who have been indoctrinated in it and are marinating in either white guilt or black “oppression” begin acting on the poison that’s been injected into their souls. Here is video from a CVS drugstore in Washington a couple of days ago.

The divide in America right now is basically between the reasonable man in this video and the insane woman berating him. If you find yourself on the side of the insane woman, you are the bad guy.

If you’re not getting this, the white woman recording herself accosting the store manager is angry because the manager caught two black guys shoplifting. Store policy holds, and rightly and uncontroversially so, that in such cases the police should be called. The manager simply tells the two men they’re banned from the store. He doesn’t actually press charges and the cops let them go.

The idiot filming her attack on the store manager is a “comedian” named Charity Sade, who succeeds only in proving that the Hard Left isn’t funny.

But it’s worth pointing out the mentality Critical Race Theory has implanted in this clown’s head – that the two black shoplifters aren’t in the wrong for having stolen something because (1) what they took was CVS’ property and nobody should care about what belongs to a corporation, (2) calling the cops on a pair of thieves is tantamount to putting the thieves’ lives in danger, even despite the fact the cops just came and nothing happened to them, and (3) the store manager shouldn’t protect his employer’s property for only $30,000 per year.

It isn’t sufficient to call this blatant stupidity. This is taught stupidity. Somebody out there filled this idiot’s head with the idea that because America is an oppressive country white people have no right to protect property against black thieves.

Trump is right to call Critical Race Theory Marxist. It is completely and thoroughly hostile to private property, which accounts for BLM and Antifa, which are completely and totally imbued with CRT, being so enthusiastic in looting every store within range of their riots. It doesn’t matter that those stores being looted are in black neighborhoods more often than not and, once looted and burned, they’re far less likely to return to commerce which means the neighborhoods they anchor subsequently crash.

But worst of all is the racism of Critical Race Theory. It suggests that because everything about America is oppressive and unjust black people have no agency or responsibility to behave in a civil manner. Which is just awful – if blacks are people like anybody else, which of course they are, then stealing would be behavior beneath the standard of black people just like it’s beneath everybody else’s standard. And why wouldn’t you act to insure people behave at standard?

We really can’t stamp this stupidity out fast enough. It will destroy our society and put us at war with each other.