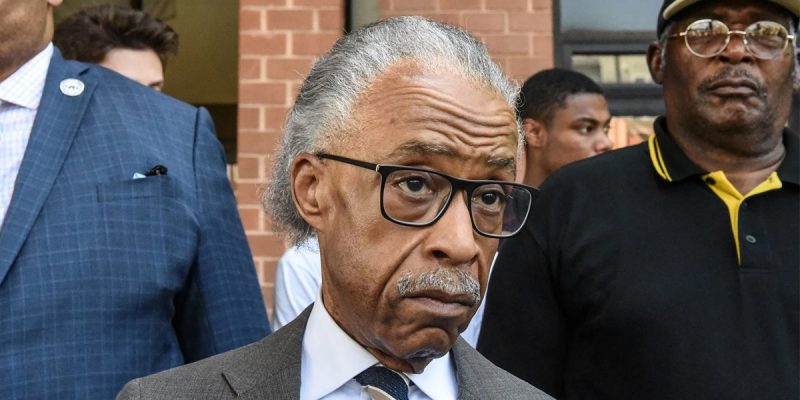 Because what everybody really needs right now is Sharpton, the purveyor of the Tawana Brawley hoax, to officiate the funeral of Trayford Pellerin.

Rev. Al Sharpton will be in Lafayette next week where he is expected to speak at the funeral of Trayford Pellerin.

Ronald Haley, an attorney representing the Pellerin family, confirmed that the civil rights activist will be at the funeral, which is set for Thursday, September 10 at Philadelphia Christian Church.

31-year-old Pellerin was shot and killed by Lafayette police officers on August 21 at a convenience store in the city. Pellerin’s death has sparked several protests and marches in and around the city over the last couple of weeks.

Sharpton is expected to speak on the civil unrest in the city as a result of Pellerin’s death.

The investigation of the shooting has been turned over to Louisiana State Police and the findings have not been released to the public yet.

The autopsy shows Pellerin was riddled with bullets, and supposedly it doesn’t show evidence that he was tased. If that’s true the cops ought to be fired – how can you not tase a suspect who was threatening people with a knife and refusing to be arrested?

In any event, we can pretty much guarantee that nobody will enforce social distancing guidelines at Trayford Pellerin’s funeral, and they’ll surely come from miles around to hear Sharpton preach the gospel of outrage and retribution.

Lafayette residents who are not career criminals shot by police during the commission of felonies perishing within the parish limits? Their funerals are restricted to only a few souls. But Trayford Pellerin will have thousands at his.

Nobody can get upset about that, you know. You’re a racist if you do.