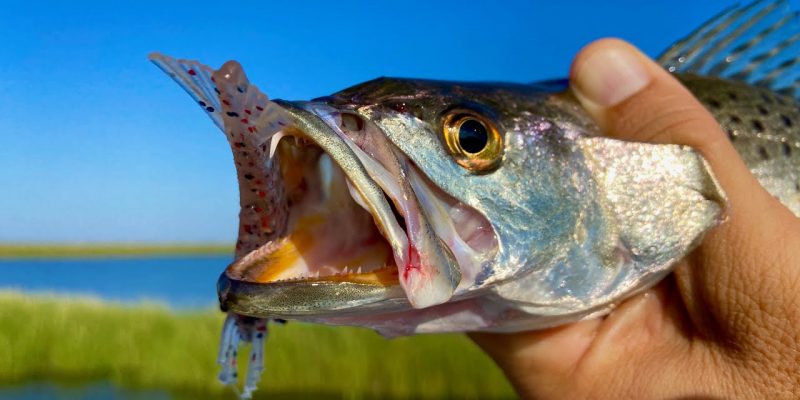 This summer wasn’t exactly an epic one for speckled trout anglers, but that’s actually great news for those who want to target the fish close to home right now.

Persistent west winds in June and July prevented anglers on many days from accessing the fish-rich spawning grounds, so the preponderance of the specks that were out there weren’t caught, and are still swimming and pumping water through their gills as we head to the autumn run.

That always takes place in inside waters — the lakes, ponds and bayous that offer more shrimp and baitfish than a bazillion trout could eat in a year. And for whatever reason, the run this year began earlier than usual.

Back in mid-August, anglers started reporting speckled trout catches in interior marshes, at least a month before they usually first show up, and as the weeks have moved along, the number of inside fish has continued to increase.

I’ve been the beneficiary of that on recent trips, but none more so than my latest venture into the marsh, when I was hunting for whatever would bite but found far more speckled trout than anything else.

Best of all, the fish were keepers, with every single one clearing Louisiana’s generous 12-inch size minimum.

I used one particular lure to find them, and another to mine the school once I located the fish. The former is not normally thought of as a speckled trout bait, but it’s been delivering the keeper specks for me throughout the last few weeks.

As has been the case recently, I found the fish in bayous leading from the outside to the inside.

Interested in more news from Louisiana? We've got you covered! See More Louisiana News
Previous Article BAYHAM: On Watching The Saints Despite It All
Next Article SADOW: Stopping The Madness Of King John Bel Means Signing That Petition