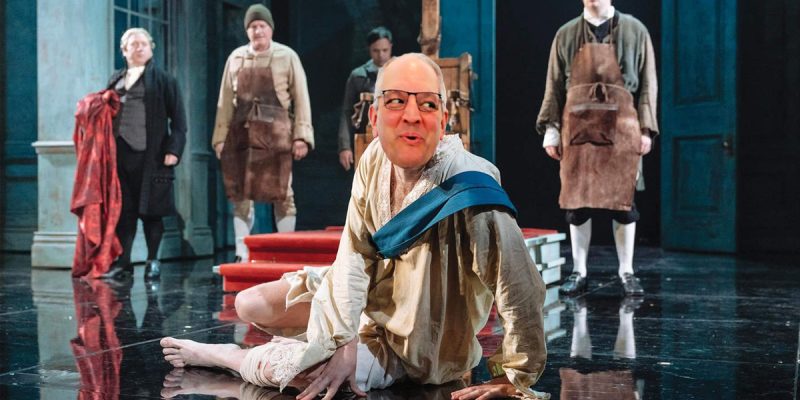 The latest decision made by Louisiana’s Democrat Gov. John Bel Edwards regarding the Wuhan coronavirus pandemic makes clear the lengths to which he will go to politicize the issue and demands that the state’s Legislature counteract him.

Last week, on the day a previous proclamation expired, Bel Edwards issued a new one. He asserted that it meant the state had moved into the federal government’s definition of “Phase 3” for reopening the economy. Those federal guidelines envision that individuals unless considered vulnerable face no restrictions to their activity although advised to minimize time in crowds while vulnerable ones could interact with physical distancing and/or utilizing other measures such as face coverings; employers could go to full worksite staffing; and, all businesses could reopen although with some minor distancing in large venues and bars (which under state law are places that serve more alcohol than food except in this case for those with video poker machines), and visitation of nursing homes could resume without additional restrictions.

By contrast, Edwards ordered continued masking in public for everyone. He applied major, onerous distancing requirements for larger venues and bars that could stay open, even as almost all bars still would remain closed for on-site consumption as they are located in parishes with a greater than one-in-twenty positive rate over the past two weeks on virus tests. All places offering dine-in food service could operate only limited hours. He also disallowed nursing home visits for the time being, although saying limited ones eventually would become allowed. Obviously, little has changed.

In reality, calling this implementation of a fig-leaf Phase 2.1 a move to Phase 3 reflects not just symbolic over substantive change, but also reflects a change driven by politics rather than science. The appropriate indicators were no better than they had been a month ago, but the resumption of education from kindergarten to college, the looming football season, the elimination of much extra federal unemployment benefits, and growing public discontent placed additional pressure on Edwards to make it appear he had relinquished a significant amount of control over people’s lives and livelihoods.

Politically speaking, Edwards wants to continue to project a crisis environment for three reasons. In temporal order, first he wants to use it as justification for activist federal courts to expand insecure vote security methods for this fall elections, in the hopes of helping candidates from his political party to win elections. Weaknesses in using the mail for voting and voting in nursing homes make fraud too easily perpetrated.

Also, by continuing to hamstring the Louisiana economy – which under Edwards’ orders has suffered more than any other state’s, according to a leading statistics aggregator – he builds a stronger case for another federal bailout, which will permit him to keep Louisiana government bloated and avoid pressure for right-sizing his agenda away. Finally, he appears to focus on an elected career past his current gig, likely wishing election to the U.S. Senate in 2022, by trying to put a shine on his lackluster response to the pandemic to date which inflated the number of infections so quickly and so early that the state has had the worst statistics of all that may go on longer than all.

That strategy is to maintain tight control to suppress cases, hospitalizations, and deaths to close to zero as a way to compensate for those much more alarming past statistics and to justify the economic pain from having the worst state economy, regardless of the damages to livelihoods and usurpation of liberty. This becomes apparent when looking the details and his elaboration.

To start with, Edwards declared the latest set of restrictions to last 28 days. That Oct. 9 expiration is no accident; high schools, reversing their own decision against his wishes, decided they would play football beginning that week. However, more significantly the four weeks duration displays little desire on his part to change things before then

Why? Because he’s going to shift expectations to keep the crisis alive. Note how Edwards keeps moving the goalposts towards attaining normal economic operation. Months ago, the measures were justified he said to keep from overwhelming hospital capacity, which ceased as a problem by the start of summer. A month ago, he said the problem keeping the face covering mandate and bars closed was too high of a positive test rate above 10 percent. Now, most bars remain closed because the standard has changed to a 5 percent rate.

But, most ominously and telling, was his statement about when the state should open completely. He said not to expect much loosening of standards “until the pandemic is over.” Translation: until there’s a vaccine, which likely is months away,at best, he’s not letting up.

All calculated for political gain for himself, his party, and his tax-and-spend agenda, no matter how needless (as herd immunity completes taking hold) and destructive to people’s lives and livelihoods.

More than one petition has started circulating among Republican legislators that would have the effect of curtailing Edwards’ power in this instance. Using this leverage, a majority needs to act to modify or neuter his policies.

The House Republican Delegation meets tomorrow to discuss one of those petitions. That meeting should end with a definitive majority of signatures and the end of the madness of King John Bel.