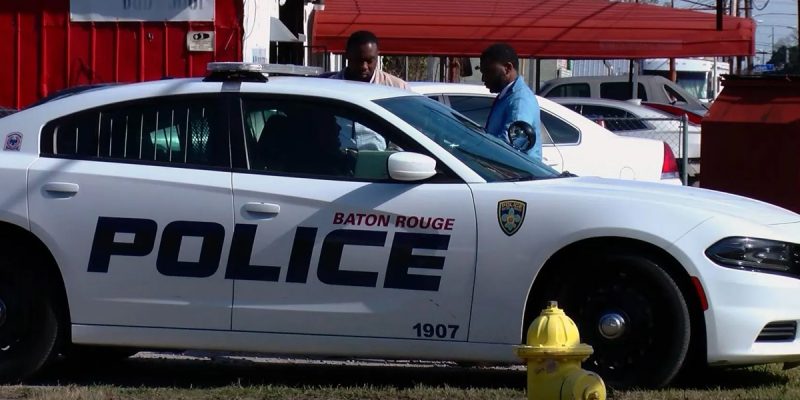 We took one example of the TigerDroppings message board comments made by Baton Rouge police officer Chris Kuhn, whose handle at that site is/was Pesticide, as today’s quote of the day because the comments Kuhn made over a fairly long space of time are noteworthy for more than the shock value WBRZ generated for yesterday’s six o’ clock news out of them.

Is what Kuhn said in those posts racist? That can’t be denied. Should he be working the Scotlandville/North Baton Rouge beat he’d been assigned to for several years anymore? No. Of course not. People who say things like Kuhn said on that message board aren’t a good fit for that neighborhood, or maybe any others.

Is it productive or fair to dismiss Kuhn as a mouth-breathing white supremacist and then defund the BRPD as the Black Lives Matter crowd would surely demand? That’s where we would get off the bus, for more than one reason.

Here’s the unfortunate fact of the matter: it’s a very good bet that Chris Kuhn wasn’t some skinhead wannabe Klansman when he joined BRPD however many years ago he first donned the blue. Most young recruits to a police force are actually idealists who want to make a difference and believe in the motto “to protect and serve.”

We’ve known lots of cops through the years, and something we’ve noticed about them is the longer they work that job, particularly if they work the beat in rough neighborhoods, they become very jaded about people and they’re always looking for the other shoe to drop. They’ve just seen too much of man’s inhumanity to man, they’ve heard too many lies, they’ve been in too much physical danger and they’ve seen too much damage caused by abject morons acting in stupid ways, not to be affected by that.

Nobody calls a cop to help them celebrate a business deal they just cut. Nobody calls a cop because their fourth grader just got an “A” on a test. You call a cop because a gang of thugs just beat the living hell out of the old lady who lives next door, or because some slimeball ran over your kid in the street and drove away, or because some mugger just pulled a gun on you and took your money. Or because the crack dealer on the street corner just tried to sell your kid drugs.

So if Chris Kuhn has an intensely negative view of black people in Baton Rouge it’s probably time for him to have another job, and black people in Scotlandville and North Baton Rouge where he’s been driving around are right to say he’s not who they want protecting and serving them. That’s all valid.

But here’s the thing – if the assumption that Chris Kuhn has become jaded is valid, and we’d wager it is and what’s more, Kuhn isn’t alone, what he’s guilty of is venting about his real-life experience in a too-public forum. Without defending his use of TigerDroppings, where the level of anonymity afforded to you isn’t anything close to what you should have if you’re going to post what he posted and hold onto your job, as an outlet for his commentary, the fact is that Chris Kuhn is speaking from a good deal of experience.

It doesn’t mean he’s right in the entire sense. But it’s perfectly reasonable to say that anybody who’s seen what he’s seen could very well believe exactly what he believes. Particularly in that the negative crap, nonstop criminality and never-ending misery of the worst parts of Baton Rouge are the result of those neighborhoods being overly replete with losers and scumbags.

The police aren’t the problem in America. The problem this country has is it’s filled to the brim with absolutely dysfunctional, atrocious people. And an entire political movement has adopted those people, who are toxic, mentally ill, drug-addled street criminals in more cases than not, and become their lobby.

The truth is that people in bad neighborhoods all over America, whether they’re majority black or Hispanic or full of poor whites, desperately need a police presence — and a robust one. And it isn’t just that the citizenry in those neighborhoods need protection from the criminals. The reverse is also true.

Why are there so many George Floyds, Alton Sterlings, and Jacob Blakes? Why are they tolerated like they’re just a fact of life in those neighborhoods? And why is the black community especially so disproportionately beset with them? You cannot build a successful community out of such people. They’re the reason that the black middle class rushes to escape the ghetto the minute they can work their way into the funds to do so.

Shouldn’t those people who say they’re committed to improving the station of the black community call out and ostracize those of its members who continuously terrorize and abuse it? Why are there so many absent fathers and abusive men sponging off the women they manage to impregnate? Some of it is certainly a half-century of abjectly failed public policy conservatives have decried as destroying black families for decades, but that isn’t the whole problem. And it is metastasizing into a problem across demographic lines, with a concurrent accelerating societal breakdown everywhere it’s happening.

We all know the behavior we see in these bad neighborhoods where the cops are required to press down on the citizenry in an effort to supply some baseline of safety is destructive, and yet nobody can call it out? Act that way in the suburbs or the exclusive parts of town and they will do everything they can to get rid of you — and if they can’t, they’ll sell their houses lickety-split and move somewhere else to get away. But nobody will stand up for standards among the folks who need them most if they’re ever going to move up?

Here’s the real dirty little secret about those bad neighborhoods: the local pols, every one of whom is a Democrat, have done the math and recognized that pandering to the sleazeballs, the dope dealers, the welfare cheats, and the rest of the terrible people will get you more votes than trying to stand with the property owners, the gainfully employed, and the law-abiding people trapped and terrorized by the losers in their midst. They know the normal people working to escape those conditions will do so by moving out of the city council or state senate district eventually, so why bother cultivating their votes?

Do you really think that doesn’t describe Chris Kuhn’s experience?

Yes, he should have kept his mouth shut about it. He did damage to the BRPD when he got outed for those comments, he trashed his career and he’s probably inflamed race relations which were already poisonous in Baton Rouge.

What’s really sad about this is that for all his jaded attitude and negative worldview, Chris Kuhn was still the thin blue line protecting good people from the scum of the earth in those awful neighborhoods. Now a veteran cop is off the beat, and an undermanned police force which can’t recruit enough new idealistic cops to replace the ones retiring or melting down the way Chris Kuhn did will be stretched even thinner.

Nothing about this is good. Yes, Chris Kuhn’s comments justly removed him from that beat and perhaps the police force is better off without him on it.

But until something changes in those failed neighborhoods in the northern part of Baton Rouge, and that change will neither be catalyzed nor supported by the atrocious politicians who ply their trade there, getting rid of Chris Kuhn accomplishes nothing more than virtue-signaling. Those awful neighborhoods will only make more Chris Kuhns – both black and white – over time. That’s what happens to a city in decline, and Baton Rouge is declining fast.


Interested in more news from Louisiana? We've got you covered! See More Louisiana News
Previous Article Singapore rolls out contact tracing/tracking device [video]
Next Article I Did The Livingston Parish Thread Podcast, And Here’s How That Went