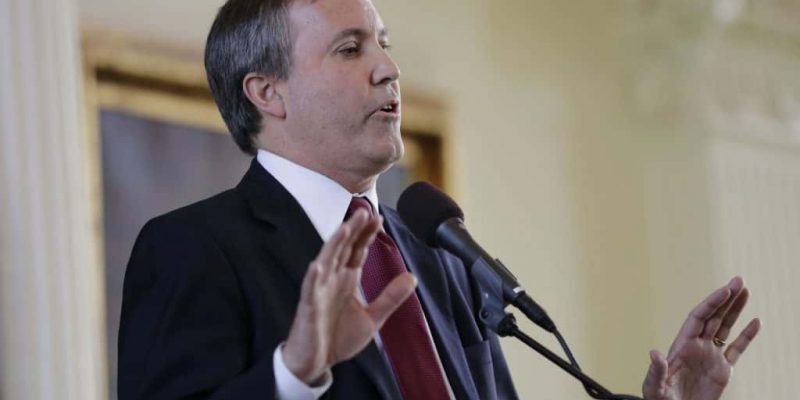 KVUE-TV and the Austin American-Statesman, first reported on Saturday that seven top aides to Texas Attorney General Ken Paxton had accused the state’s top cop of bribery and abuse of office in connection with an ongoing investigation of a local finance firm.

Soon U.S. Rep. Chip Roy (CD 21), who was briefly an assistant attorney with the AG’s office prior to his congressional run, became the first high-ranking official to call on Paxton to resign for the recent accusations. Roy is facing abortion advocate Wendy Davis in the Nov. 3 general election.

With the ice now broken, Texas Democrats and the mainstream media are having a heyday now that Paxton has new charges on top of the ones he has been fighting since his first term. Republicans are debating what this could mean, leading to plenty of speculation, admonitions to wait until more facts are revealed, and a handful of additional calls to step aside. We’ll include a few of our own speculations below, but first here are the facts:

On Saturday (Oct. 1), the press began reporting on a letter to the AG office’s human resources department advising they look into the matter. “We have a good faith belief that the attorney general is violating federal and/or state law including prohibitions related to improper influence, abuse of office, bribery, and other potential criminal offenses,” the letter read.

Paxton responded in part by saying he would not step down and that the accusations were being brought by “rogue employees.” Paxton asserted the allegations are an attempt to obfuscate an investigation into various government employees. “Because employees from my office impeded the investigation and because I knew [embattled Austin investor] Nate Paul, I ultimately decided to hire an outside independent prosecutor to make his own independent determination. Despite the effort by rogue employees and their false allegations I will continue to seek justice in Texas and will not be resigning.”

Paul, who donated $25,000 to Paxton in 2018, has experienced a string of bankruptcies which led to some high-profile raids on his home and his offices for company World Class Capital. The seven AG employees allege that Paxton is using the special prosecutor to target “adversaries” of Paul, and this according to a Houston Chronicle report.

Roy commented early Monday: “any grace for him [Paxton] to resolve differences and demonstrate if the allegations are false was eliminated by his choice instead to attack the very people entrusted, by him, to lead the office – some of whom I know well and whose character are beyond reproach.” He added Paxton’s woes are impeding his ability to lead a “fully functioning” AG’s office.

Gov. Greg Abbott is calling for an investigation but has not asked for Paxton to step down.

From the hip: As veteran political observer Ross Ramsey pointed out, the AG’s role can be a precarious one. Out of the past seven Attorneys General, four have gone on to higher office, one stalled, and two went to prison. Those are not the best odds for Paxton.

But thus far Paxton has weathered previous charges from 2014 over whether he engaged in insider trading quite well. So much that he narrowly won re-election in 2018 (51-47%) and his wife, Sen. Angela Paxton, overcame a well-financed opponent for a North Texas Senate district. Atty. Gen. Paxton still has yet to go to trial.

And now this: the news of which strangely broke over a weekend.

As many observers around the Capitol are fond of saying “there’s the smoke, now where’s the fire?” Given the sensitive nature of legal proceedings we may not know exactly what is going on at the base of the fire for several days, if not weeks.

The low-hanging fruit is that this is a maneuver designed to affect the outcomes of the November election. Not so fast, warned Empower Texas’s Michael Quinn Sullivan in a Facebook post:

“Some of his allies have suggested the allegations regarding Ken Paxton are an election year gimmick by the Democrats. Be careful. Jeff Mateer has a long history as the second-in-command of Liberty Institute, a Christian law firm protecting religious freedom. Meanwhile, Republican U.S. Rep. Chip Roy (Paxton’s first ‘first assistant’) has come out calling for Mr. Paxton’s resignation. This is a horrible, sad, mess of a situation. And not everything falls so neatly into the ‘Republican v Democrat’ narrative.”

Agreed that the Democrats are not behind this. This is an intra-Republican, even an intra-conservative, squabble that may have little to do with politics. It is highly unlikely any of this will affect the November election. Paxton is not up until 2022.

However, with Congressman Roy, a clean break separation from this “horrible, sad, mess of a situation” may be politically beneficial. Davis’s campaign are no doubt licking their chops for a way to pin all this on the freshman Representative in Lamar Smith‘s old seat. But we’ve never known Roy to be anything but a straight-shooter, and his critiques should be taken seriously, as Sullivan suggested.

It may also be that this is completely non-partisan: yet another Inside Baseball internal struggle over what crimes the AG’s office should prosecute and how it should be handled. Paxton, after all, is under investigation already for ridiculous federal agency charges (the voters agree they’re ridiculous, anyway) — perhaps he has some sympathy for World Class Capital and the mine field of federal finance laws having to be artfully tip-toed around. If so, he may not be as aggressive as his conservative staff might be on prosecuting those involved in the World Class situation. But that’s a big maybe.

The letter may also be a self-protective move during inter-agency battles on the executive floor of the Price R. Daniel building. Some high profile firings lately have involved a communications director and an assistant attorney general. A letter to the HR department by seven of their peers (aside from Mateer, who left) may be a means to temporarily ward off any future firings.

Regardless of the fire behind this week’s smoke, it benefits anyone — aside from state investigators, journalists familiar with the ins-and-outs of the AG’s office, and Democrats waiting to pounce — to wait for more information before speaking out on Paxton’s future or what legacy he will leave. We may have a long time to wait it the 2014 charges are any indication.

Interested in more news from Texas? We've got you covered! See More Texas News
Previous Article WAGUESPACK: At The Capitol, Be Like Mike
Next Article The 24 Lies Kamala Harris Told At Last Night’s Debate