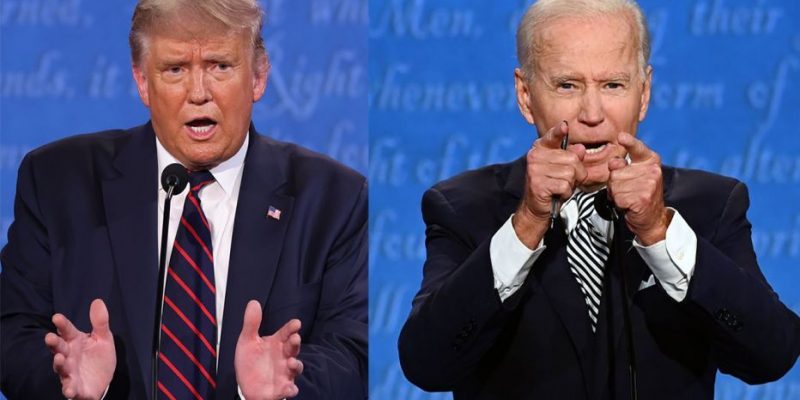 So here we are, finally. It’s time to choose our President for the next four years, unless of course so many Democrat-induced changes have been inflicted on the nation’s election laws that we are no longer capable of choosing a national leader. Assuming that we have not yet reached that calamitous state of affairs, this last pre-election column is directed at the million-plus Louisianans who have yet to cast their vote.

First and foremost, it is my urgent plea that everyone turn out and vote in this, one of the most consequential elections in American history. Do not believe for a moment the fake news that this election is over and the conservative cause is hopeless, because that’s exactly what the Left wants you to believe. Most of the polls have been unscientific and many have been purposefully faked, but they indicate that the race has been tightening. So get out and vote, and make sure your friends, neighbors, and relatives do likewise.

Now I am a lifelong conservative who had no left-leaning inclinations even as a young political science student in the early seventies. You can probably guess how I will vote on Tuesday, but please consider the following as you prepare to cast your vote:

Of course, the question before you is not just the suitability of the two men actually running for President. There is also the issue of what they stand for, whom they would choose to help them govern, and what they actually would do if elected. Nonetheless, let’s focus on the two candidates as individuals for the balance of this article. We’ll forget the recent plunge of the Democrat Party into the ever deepening abyss of political correctness, social justice, physical intimidation, and mob violence, to take a quick look at two men, Donald John Trump and Joseph Robinette Biden Jr.

First, let us acknowledge that no starker contrast in presidential candidates has ever been presented to the American public. Allow me to briefly explain this point: You may or may not like President Trump, but he was a successful businessman before entering politics relatively late in life. You cannot deny that he has the stamina for the job, because he has been doing precisely that same job, successfully, for four years.

Be reminded that Donald Trump has kept or attempted to keep every promise he made to us in 2016. This is itself highly unusual in politics, but he has also been the most communicative president in American history. He really did bring our economy back from the doldrums of the Obama-Biden years, and he says he will do it again. Based on last Thursday’s economic report, it appears that he is well on the way to actually performing his second economic miracle.

Your alternative is Joe Biden. Unlike President Trump, Joe Biden appears and acts like an elderly man, and he clearly lacks the stamina to perform at the level required for the most important job in the world. You may agree or disagree with President Trump’s foreign policy, but you should not be in any doubt that our foes would seek to take advantage of a physically debilitated Joe Biden who is well past his mental prime. He has repeatedly demonstrated during this campaign that he cannot consistently work an eight hour day, much less the fourteen to sixteen hour days which the presidency demands with few days off.

Yet for all that, Joe Biden’s physical inability to do the job isn’t even the most serious mark against his candidacy. His greatest faults are all moral, not physical. Have you forgotten his cheating scandals in law school, the lies about the schools he attended, the scholarships he earned, the degrees he obtained? What about the serial plagiarizing of other peoples‘ speeches? Don’t forget his creepy behavior around women, or the frequent crude insults hurled at reporters and even ordinary citizens who dare to ask him tough questions. No other major figure in American politics bears so many hallmarks of moral vice as does Joe Biden.

But another scandal seems to seep out into the harsh glare of sunlight every day. The publicity that routinely surrounds a presidential candidate has not been good for Joe Biden. Certainly, he has little to show for his forty-seven years as a Senator and a Vice President, (and virtually no other career experience of any kind). Come to think of it, one of his signature pieces of legislation did lock away an entire generation of black men, many of whom remain immured behind prison walls to this day.

Then there is the pervasive Biden family influence peddling scheme in corrupt countries such as Russia, Ukraine, and China. Biden family members and underlings were clearly used as front men to gain influence with Vice President Joe Biden, for vast amounts of money. Particularly noteworthy is the unfolding FBI investigation based on documents obtained from Hunter Biden’s laptop, which scam could well result in a legitimate impeachment proceeding being brought against a (God forbid) President Joe Biden. And let’s not forget his bad judgment on China (no threat to America), and Osama Bin Laden (don’t harm him), and Iran (stay in that horrible deal with one the worlds’ most dangerous governments).

You can feel his contempt for the American public: He still sows his speeches with the same old political platitudes that he has been spouting since 1972. You know the ones we’re still supposed to fall for after all these years- that he’s just a regular guy, that he’ll protect the working man from rapacious corporations, that he’ll defend the small businessman, etc., etc., while doing nothing of the sort. He permits very few questions, dismissing the hostile ones out of hand without even deigning to answer. Nor does he feel that the American public is worthy of knowing in advance his likely Supreme Court nominations, or his position on court packing.

If you believe his latest retraction of his unretraction (I had to invent a new word for it) of his ban on fracking, then you are indeed the gullible soul that Joe believes you to be. I would merely point out to our undecided Louisiana voters that the fracking method of oil & gas production is what has made America energy independent for the first time in decades, and natural gas is the major reason that America has been emitting less pollution into the atmosphere in recent years. Over a quarter of a million good jobs right here in Louisiana depend on our oil & gas industry, which Joe Biden has promised to “take out.”

Joe Biden has already told us that he is going to raise our taxes, whether we want them raised or not. This despite the fact that no economist in his right mind would suggest a tax increase as the country struggles to emerge from a pandemic-caused recession while still in the midst of the very same pandemic. And don’t forget that pen Obama warned us about and then used to stifle our economy for years with incessant regulations. Joe Biden will surely find that pen and wield it more than Obama ever dared.

This man has been lumbering clumsily through the nation’s political power centers for nearly fifty years. We know who Joe Biden is even if his campaign has been all about trying to make us forget his previous mistakes. Recall that Obama was forced to spend a considerable amount of time and energy just keeping him out of trouble, but if Joe were to become President Joe Biden, there would be no one to control him.

Our fate would surely be higher taxes and a rapidly increasing national debt squandered on wasteful, ideologically driven programs, abetted by government cronyism. Our future would be plagued by slower economic growth (possibly even sustained economic contraction), far less wealth creation, and further concentration of our remaining wealth into the hands of the select few.

If that’s want you want, then by all means vote for Joe Biden. Just hope that one day Joe’s pen doesn’t fall from his lifeless hand into the lap of crypto-socialist Kamala Harris, who would be even more destructive. As for me, I’m proudly voting for Donald John Trump.

Please forward this missive to everyone who hasn’t yet voted!