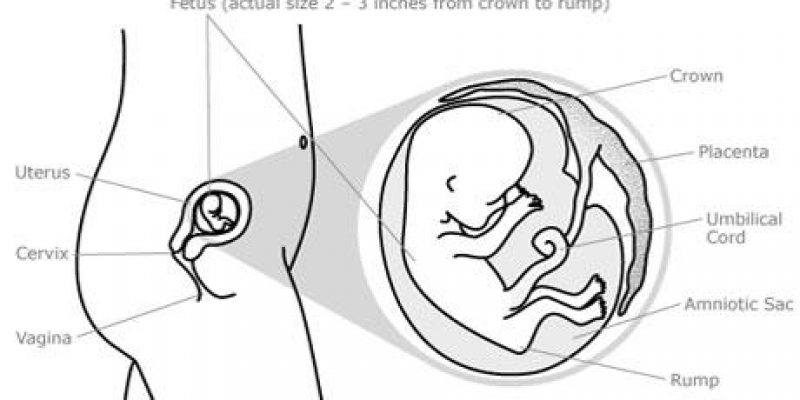 “The Biden-Harris Administration is committed to codifying Roe v. Wade and appointing judges that respect foundational precedents like Roe,” a statement put out by the White House states.

Just days before, Trump’s proclamation declared that the Supreme Court’s Roe v. Wade decision was a “constitutionally flawed ruling [that] overturned State laws that banned abortion, and has resulted in the loss of more than 50 million innocent lives. … Because of the devotion of countless pro-life pioneers, the call for every person to recognize the sanctity of life is resounding more loudly in America than ever before. Over the last decade, the rate of abortions has steadily decreased, and today, more than three out of every four Americans support restrictions on abortion.”

But according to the Biden administration, “In the past four years, reproductive health, including the right to choose, has been under relentless and extreme attack.”

On Jan. 22, 1973, the U.S. Supreme Court struck down a Texas statute banning abortion, effectively legalizing abortion nationwide. The court held that a woman’s right to an abortion was implicit in the right to privacy protected by the 14th Amendment. Prior to Roe v. Wade, abortion had been illegal nationwide since the late 19th century.

Former President Ronald Reagan declared the first National Sanctity of Human Life Day on Jan. 13, 1984. It was continued under both Bush presidencies and discontinued for eight years each under presidents Bill Clinton and Barack Obama. Trump was the only president to attend and speak at a March for Life Rally in Washington, D.C.

In response to Trump’s proclamation, Carol Tobias, president of National Right to Life, said, “President Trump has been a champion in seeking to protect unborn children. We are grateful for his dedication to the right to life and the work his administration has done on behalf of the most vulnerable among us.”

In 2019 alone, Planned Parenthood lost $60 million after it withdrew from the Title X Family Planning Program, which had previously used taxpayer funds for contraceptive services for low-income individuals. The Trump administration changed the policy to exclude any organization that offers abortion services, resulting in Planned Parenthood withdrawing from the program.

Last year, Planned Parenthood spent more than $27.4 million through a super PAC to support Biden’s election. Alexis McGill Johnson, president of the Planned Parenthood Action Fund, said the fund will work “in partnership with the Biden-Harris administration and the pro-reproductive health care majority in Congress” to “not only reverse the attacks of the past four years, but boldly expand sexual and reproductive health care and rights for all people in the U.S. and across the globe.”

The fund supports the Biden administration’s priority to institute taxpayer funding of abortions in the United States and abroad, as well as reversing the funding restrictions the Trump administration instituted on the global Family Planning Program. It has also recommended nearly 200 staffers for key positions in the administration.

Biden’s plan to codify abortion is consistent with Democrats’ efforts in May 2019 when they introduced the Women’s Health Protection Act in Congress.

The bill “guarantees a pregnant person’s right to access an abortion – and the right of an abortion provider to deliver these abortion services – free from medically unnecessary restrictions that interfere with a patient’s individual choice or the provider-patient relationship.”