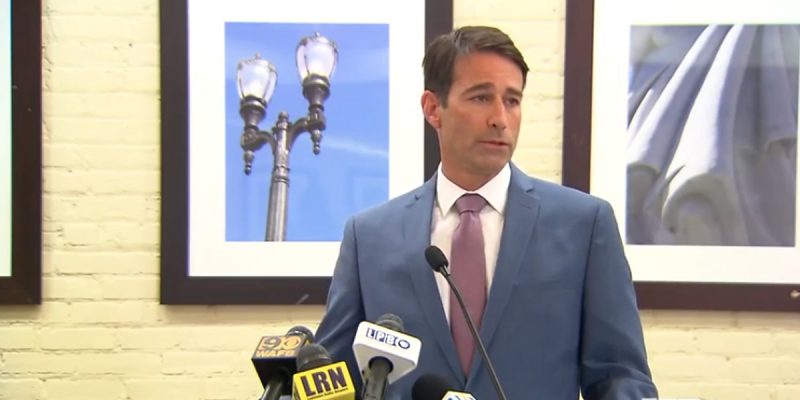 Last night, after the riot at the U.S. Capitol which was quite possibly (if not likely) instigated by Antifa, there were a pair of votes on confirming electors after objections were raised to the Biden slates from Arizona and Pennsylvania. Both votes were overwhelming, as they were always going to be. Only six Senators, including Louisiana’s John Kennedy, and 121 House members opposed the Arizona electors. For Pennsylvania, the numbers were seven and 138.

But for the riot, it seems clear, those numbers might have been slightly less lopsided. The riot destroyed all the momentum for any real examination of the illegality and corruption which characterized the 2020 presidential election in Arizona and Pennsylvania as well as other “battleground” states. But it was clear well before the riot that the votes wouldn’t be there to overturn the election.

And frankly, there isn’t any reason why they should have been. Because this was not Congress’ problem. We’ll get to why in a minute.

[I]t is clear the U.S. Constitution gives state legislatures the authority to determine how elections are to be held in their state. For the 2020 presidential election, in many cases state and local election officials, judges and others that were NOT legislatures made decisions that were inconsistent with state election laws. Many of these changes appear to have prevented a fair election. Tonight, we voted on accepting the electors from only two states: Arizona and Pennsylvania. There were no bicameral objections to the electoral votes from other states.

In the case of Arizona, the Republican governor certified the state’s election results and there was no substantive objection by their legislature. Both the Arizona House and Senate have Republican majorities. Under the Constitution, legislatures establish election rules. If Arizona’s own Republican legislature is not objecting, how can we oppose? The U.S. Senate appeared to agree. Only six of the 100 senators voted to object to Arizona’s electors. I voted to affirm Arizona’s electors. It was an honor to be joined by Vice President Mike Pence’s own brother, Cong. G. Pence, and other patriots on this vote. The final House vote was 303 (to affirm) to 121 (to object).

In the case of Pennsylvania, a number of voting anomalies took place based upon decisions by local election officials. The governor, attorney general and secretary of state appeared to be involved in some changes – all Democrats. In addition, judges made changes that did not comply with the election process established by the Pennsylvania legislature. It appears that the cumulative actions in Pennsylvania did not result in fair elections in that state. This tipped the scales of the election in favor of Vice President Biden. In the case of Pennsylvania, a substantial number of legislators did object. For these reasons, I voted to object to the electoral votes in Pennsylvania. The U.S. Senate voted 92 to 7 to affirm Pennsylvania’s electoral votes. The final House vote was 282 (to affirm) to 138 (to object).

For months, this was poorly handled. It was clear from the beginning that this effort in Congress had a ZERO percent chance of altering the presidential election outcome. Those that suggested otherwise should be ashamed of themselves and share responsibility for the attacks and deaths today. None of this will actually address the real election integrity issues that must be addressed. I am not saying that anyone should turn a blind eye to unfair elections. I am saying that we must work on real solutions to achieve election fairness and integrity – not misleading the public with bogus efforts, debunked “facts” and false flags. This fight is not over tonight. Whether an independent counsel is appointed, an elections commission established, or other solution, we must fight for fraud-free elections. The America we leave our children and grandchildren is dependent upon us getting this right.

Finally, for over two years now I have been raising strong concerns about election fraud and disenfranchising voters; however, this issue was not the subject of votes tonight. If you want to address real voter fraud, it is how illegal aliens are counted in the U.S. Census — to determine the apportionment of congressional seats AND ELECTORAL VOTES. For example, it is estimated that California has SEVEN EXTRA votes in Congress AND SEVEN EXTRA ELECTORAL VOTES attributable entirely to illegal aliens – citizens of other countries living illegally in California. Other states are affected as well. This results in fewer federal dollars coming to the State of Louisiana, distortion of the presidential elections and it dilutes the power of Americans while empowering foreign interference in our domestic elections. We do not even allow a person to vote in more than one parish or state; however, our current system allows for voting in more than one country? That is fraud and it disenfranchises Americans.

He’s getting clobbered in the comments. But the fact is, Graves is not wrong.

Especially about Arizona. And about Pennsylvania. In fact, he’s being generous in objecting to the Pennsylvania electors.

All week long we’ve heard screaming about Congress and the Republicans’ lack of fealty to the President in standing by and allowing the stolen election.

What we’ve said, in the context of Bill Cassidy’s refusal to participate in the objections, was that politically it was more or less a free shot to object to the electors, so why not do it? Even if all you’re doing is pandering to your base with a meaningless gesture, you can at least defend it as a blow struck on behalf of election integrity.

But the idea that Cassidy, or in the case of the Arizona vote Graves, was somehow betraying the president, or that Mike Pence turned traitor by not rejecting the offending electors, is completely, totally all wet.

We said this yesterday and we’re going to keep saying it as long as we talk about the 2020 stolen election, the villains here on the Republican side are not in DC. They’re in Atlanta, Phoenix, Madison, Harrisburg, Lansing and Carson City. It’s the Republican-majority state legislatures in Georgia, Arizona, Wisconsin, Pennsylvania, Michigan and Nevada who have primary constitutional authority to select electors. And it’s the Republican-majority legislatures in those states whose laws were violated by corrupt or incompetent elections officials, under the pretext of COVID panic. That open and wide-scale fraud poisoned the results of the election was the obvious and foreseeable outcome, but it isn’t even the point.

The point is the Constitution gives those legislatures the power to set the means and mode of elections, and that power was usurped by governors, courts, secretaries of state and others who departed from state law. So not only do those legislators, most of whom surely were elected or re-elected over the past four years running as the most MAGA people on the ballot, do a disservice to Trump and his voters by allowing the election in their states to be stolen, they’re also allowing others to infringe on their own constitutionally-given authority.

The level of cowardice and failure inherent in those legislators not clawing back that power can’t be overstated.

And the failure on the part of Team Trump not to make this their central case for overturning the failed election can’t be overstated. It’s the reason they lost all those court cases – the courts generally couldn’t understand why Trump’s lawyers were bothering them when it was the Legislature who had the responsibility to fix the problem. In Wisconsin the state Supreme Court agreed that elections officials egregiously violated the law but didn’t offer relief, because that was the Legislature’s job.

And a state legislator is absolutely the right guy to talk to. He’s the one closest to the voters, and he’s the one least likely to care what NBC News thinks of him. If a vote to commence a special session and dump the Biden electors costs him his political career (in the vast majority of cases if absolutely won’t), so what? He’s a state legislator. You don’t make enough in that job to even call it a career. If Trump can’t convince Republican legislators in Pennsylvania to shoot down the crooks in Philadelphia who stole the election, for example, then frankly it’s a waste to drag the country through this.

That isn’t an indictment of the effort to stop the steal. It’s a recognition of where that effort needed to be focused.

Leaning on Mike Pence and Garret Graves to fix this after the fact is stupid and counterproductive.

Look, Trump is the best president this country has had since Reagan. Given the competition, that’s surely faint praise, but it’s the truth. Now that it’s clearly over, though, it’s important that we be honest about the mistakes that were made. This was one of them. And yes, it’s unfair that Trump has to be perfect to survive while somebody like Barack Obama doesn’t even have to be good, but that’s the world we live in.

The fight should have been over those legislatures, and it should have been white-hot there. Yesterday’s mess on Capitol Hill, which I called a trap the MAGA crowd fell into at the American Spectator today, was a lot of spilled milk.

Interested in more national news? We've got you covered! See More National News
Previous Article BAYHAM: You Can’t Pick And Choose The Riots To Condemn
Next Article SADOW: The More We Find Out About JBE’s Medicaid Expansion, The Worse It Looks