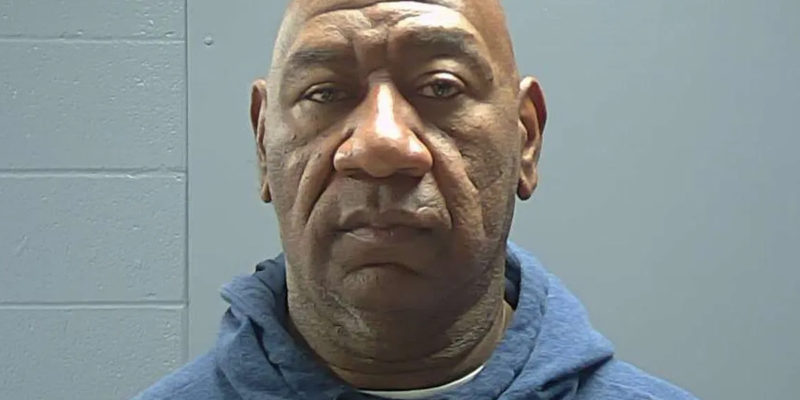 First, in case you missed it with all the national chaos in yesterday’s news cycle, this happened…

BBATON ROUGE, LA – Louisiana Attorney General Jeff Landry and Secretary of State Kyle Ardoin this morning announced their offices have arrested an Amite City Councilman on eight counts of election fraud. Emanuel Zanders, III is accused of violating LA RS 18:1461.2 by procuring or submitting voter registration applications that are known by the person to be materially false, fictitious, or fraudulent.

At a news conference in Baton Rouge (of which audio and video is available for broadcast here), both Attorney General Landry and Secretary Ardoin expressed the importance of election integrity through free and fair elections. They stressed that every legal voter gets one legal vote and no more: one man, one vote.

“Anything other than a one-for-one vote distorts our election process,” said Attorney General Landry. “Those who wish to distort an election in this matter are breaking the law and betraying their fellow citizens. It is even more disheartening when the perpetrator is an elected official.”

“Election integrity matters,” said Secretary Ardoin. “Yesterday’s arrest is the culmination of work by my office, the Attorney General’s Office, the Registrar of Voters, and others; and it proves that the multi-level checks and balances of our election processes and procedures work. This should serve as a stark warning to those looking to violate our election laws.”

Councilman Zanders was arrested and charged on Monday afternoon. His arrest was a result of the ongoing, joint investigation between the Louisiana Bureau of Investigation and the Secretary of State’s Office. In October, the Tangipahoa Parish Registrar of Voters contacted the Secretary of State’s Office with concerns that voter registration forms were being turned in with fraudulent address information. It is alleged that Councilman Zanders purposefully manipulated over twenty Louisiana citizens into illegally changing their voter registration by asking citizens to sign registration forms that he would later complete with a fraudulent address. It is further alleged that Councilman Zanders submitted another voter registration application on behalf of a citizen using his own address.

This is yet another recent example of Attorney General Landry’s Office working with Secretary Ardoin’s Office to protect election integrity. In September, the two agencies worked together to bring a Crowley woman to justice for purposefully failing to mark an elderly voter’s ballot in the manner dictated by said voter.

“Election integrity is the bedrock of our election process. I am proud of the work Secretary Ardoin has done to protect our elections and weed out bad actors who wish to betray our system and way of life,” concluded Attorney General Landry.

As Attorney General Jeff Landry noted at today’s news conference, one of the most sacred principles in our criminal justice system is that a defendant is innocent until proven guilty. Additionally, as this is an ongoing investigation, the Louisiana Department of Justice will not make any comments that could jeopardize the integrity of the investigation or the successful prosecution of the crimes alleged.

When we saw it, we couldn’t help but remember this scene from The Untouchables…

Like in the clip, when Sean Connery says “everybody knows where the booze is,” nothing about what Zanders did is even remotely exotic. It’s standard practice. Everybody knows it.

Zanders is probably a lot like the mob guy in the clip right now. He’s in complete disbelief that he could possibly get busted for falsifying voter registrations. After all, that’s how it’s done among Louisiana’s Democrats.

Consider this quote from Zanders’ fellow Democrat Amite councilman Jonathon Foster. “I think they’re using the town here,” he said. “Going through these press conferences and all of that, I figure they must be bored.”

Right. Falsifying voter registration forms to put fake lines on the voter rolls that your people can then show up to vote is something the AG and the Secretary of State will prosecute when they’re “bored.”

After a presidential election was just stolen with this practice as one of the means by which it was done.

We’re not going to make Jeff Landry out to be Elliott Ness at this point, though we imagine he’d get a kick out of the comparison. But this kind of thing is the stock in trade of today’s Democrat Party, particularly within the constituencies where it has a stranglehold. It’s nice to see someone finally do something about it. Perhaps this will send a signal to the crooks who prey on our public institutions that some consequences will eventually come.

Interested in more national news? We've got you covered! See More National News
Previous Article SADOW: The More We Find Out About JBE’s Medicaid Expansion, The Worse It Looks
Next Article I Was On The Radio In Chicago This Morning, And Here’s How That Went